The first two stops on the BWA tour both delivered close fought competition, every sailor doing all they could to make it to the final.

Whether in competition, or just for scoring as many waves as possible on a rare down the line day, your equipment and set up is crucial to success.

The current top five on the BWA tour have certainly shown that they know what they’re talking about when it comes to equipment, so Boards catches up with each of them: Adam Lewis, Ben Proffitt, Jamie Hancock, John Skye and tour leader Phil Horrocks.

Although they share the top spots, that is where the similarities end. Each sailor being a different height, weight and sailing style, using a vastly different range of equipment and taking an individual approach to their contest set up.

First up is fifth placed Adam Lewis, who took a well deserved second in Wales, and travelled over from Tenerife for the competitions. But did he travel light? Boards finds out exactly what Adam used to take him to the final, why he uses it and who else would like his equipment set up.

When your equipment works best: I think I’ve set the gear up now to work all round, I perhaps change how it’s rigged depending on the conditions, cross off perhaps a little more downhaul, stronger wind maybe slightly lower boom!

I use the Salt as it has a lot more skin tension through the sail than the Sado, which is the other wave sail in the Point 7 range. The Salt is also more manoeuvrable and a bit lighter. I do really like using the Sado too, but competition and pulling of tricks the Salt makes it a lot easier. For full on rail surfing I do prefer the Sado, you can properly lay the rail down and the sail pulls you all the way through the turn, so you never need to worry about the speed. In contest sailing, especially in cross on trickier conditions it’s all about racking up points with the tricks, which is what the Salt allows me to do.

Yes, I can rig all my sails at the same time, which is great, but the reason I have all the masts right now is more for testing. I have various bend curves, and we’re now testing with roughly one IMCS more stiffness than we had before, this is to get a faster response from the sail. I also now have some masts which have a slightly stiffer base, so it’s like the top of a 370 with the base of a 400, again to try and get a faster response and more drive from the sail. We are trying to get the manoeuvrability that you have from a light sail, combined with the power and drive you need in cross on conditions.

Two booms only, I would have more if I could but it’s mainly because I’ve flown from Tenerife!

I chose the LS over the KT because I think it has a lot more width through the tail, and as a heavier rider this is really useful because it allows me to carry a lot more speed through the turns. With the KT, I also found that if I really put my weight into it and tried to turn hard it sometimes tripped the rails. It seems that as a general rule, the heavier guys prefer the LS and lighter guys prefer the KT, although your style of sailing is also a factor too.

In really mushy, lots of jumping would take bigger board perhaps with a smaller sail, particularly in a contest. I used to change down boards a lot sooner, but recently I have found, especially with the quads that there’s no real benefit. The turns that I can do on the 85 are as good as on the 75, and being on a bigger board means I’m obviously planing more and able to catch more waves.

I just got a load of K4s, so I am testing with these at the moment. It seems like the stubbier, more upright fins are working the best right now. The more swept back ones, as a heavier rider seemed to have a bit too much flex and the board was tracking sideways a lot. The K4s I use are pretty much the same size as the standard fins, however I chose to use them over the standard fins as they seem to have a bit more grip and hold.

ION Onyx wetsuit, and a Ruler harness. I chose the Ruler over the other harness because it’s quite big, gives a lot of support but feels strong. Also, I have a 6’0 surf board just a great all round shortboard which is pretty useful to have over here in Ireland!

Check out more from Adam Lewis on Boards 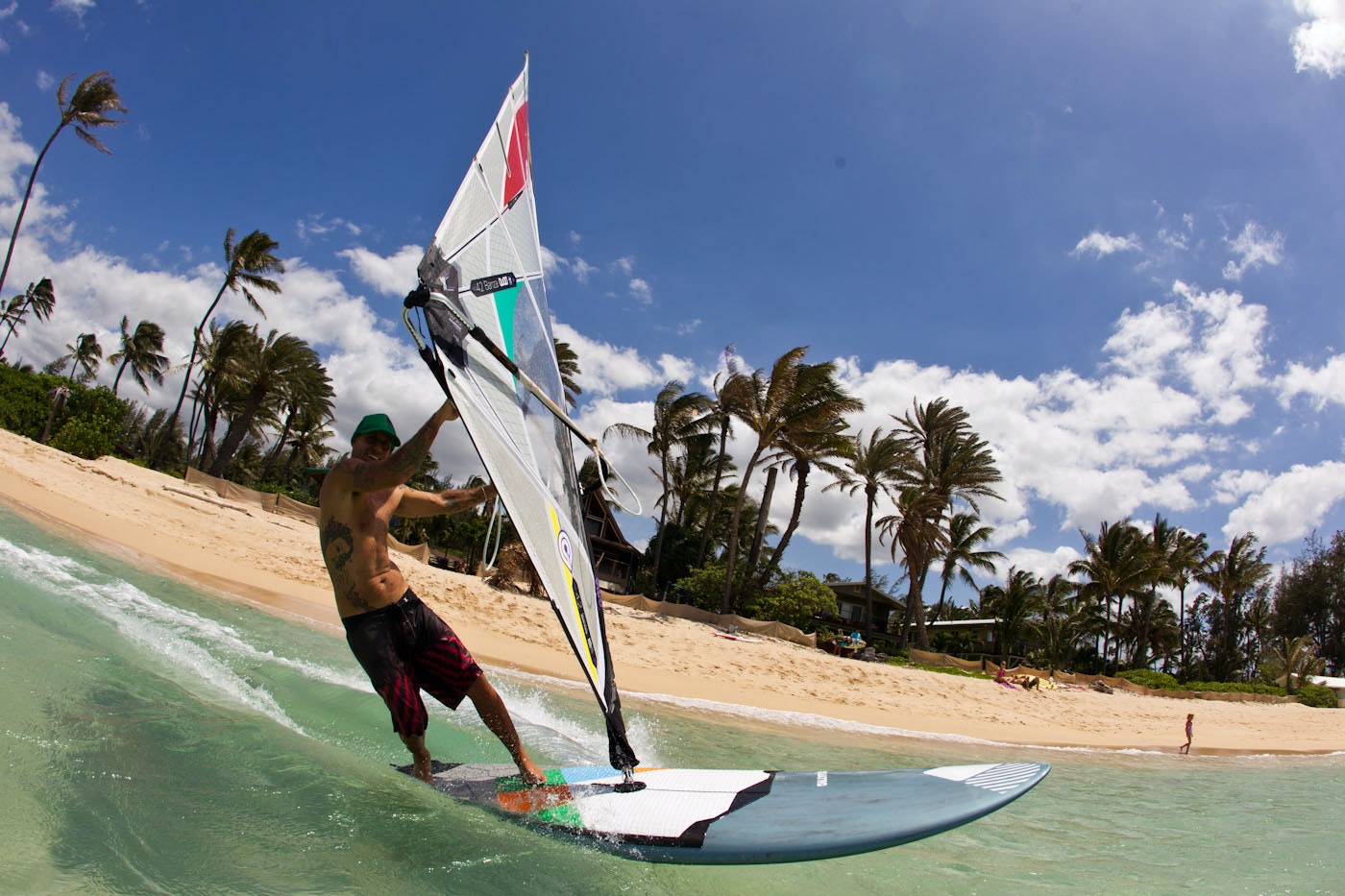 New to the Quatro Range

This year Quatro have announced a few exciting changes to their range, more to come on that very soon, but first of all here is...

New to the Quatro Range