The RRD Firemove has been creating quite a storm over the past year. Adrian Jones and his test Clones decided it was time to check one out.  Here are their first impressions…

Despite what some sceptics say, there is no doubt that windsurfing equipment continues to improve for the better.  Having tested my fair share of boards over the years, I will happily admit that most years progress is small and occasionally static or simply a sidestep into another direction, but I can guarantee that when you take a snapshot of say a five year period, you will see marked improvements wherever you look.

Most changes are evolutionary; small and incremental.  Sometimes however they are more dramatic.  Multi-fin wave boards would be a fine example of where within one product release, the turning performance of wave boards made a huge leap forward.

As with most developments however, there are usually associated drawbacks.  Multi-fin boards may have improved the turning capabilities of wave boards overnight, but five years later and they still can’t really match the straight-line performance and excitement factor of a single fin.  It’s referred to as a trade-off; and almost all design developments have trade-offs.

Within the freeride board market, the last major step forward was arguably the concept of more compact, wider and shorter boards.  Now RRD have introduced their Firemove, which pumps up the width even further, but more notably thins the board down, giving less volume and size to the rails.

They claim the result is a board that can plane quickly, even with a wave rig on it, manoeuvre like a freestyle-wave board and still match freeride boards for speed and upwind pointing.  Oh and they also mention that it’s ‘the ultimate carve gybe platform’!  That’s a tall order to live up to, so we decided to get hold of one and see what all the fuss is about.

The Firemove is offered in five sizes 100, 110, 120, 130, 140 and three construction options to suit your budget/ requirements.  We were supplied with the 110 Ltd, which is 236cm long, weighs 7.58kg and measures a whopping 75cm wide (10cm wider than many boards of this size).  It comes as standard with a 36cm fin and is recommended for 6-8m sail sizes.  Because of the extra width, the board sails bigger than its volume would suggest, making it more comparable to say a 120 litre board. Although it’s worth bearing in mind that volume is still critical when it comes to uphauling.

We tested the Firemove with a 7.3m no-cam sail in a range of conditions from shoulder high chop to flat water and also underpowered right through to overpowered, so managed to get a fairly good handle on its performance range.

The first thing you notice is how easy the board is to plane.  Not only does it plane early, but perhaps more importantly, it planes easily.  You don’t have to bear off the wind much to get it going, the width gives great stability and the short length means that reaching the footstraps is simple.  Once in the straps, you will appreciate the very soft, comfortable feel of the pads and straps, which really match the character of this board.

Acceleration is good and once up to speed the board has a very comfortable trim and stance.  It has a stable feel to it at speed and rides comfortably off the tail, yet with the nose remaining locked down and in check when flying over pieces of chop.  Short, wide boards have proven themselves for blasting performance and ease of speed, but can often lack a bit of excitement, with their less responsive characteristics making the rider feel a bit like a passenger on a skim board.  I’m pleased to report that the Firemove has managed to keep agreat balance of comfort and excitement.  This could really have been the make or break of this board. Boards of this nature should be fun to sail and it’s a credit to RRD that they have managed to retain this fun, lively sensation within such a wide shape, yet still kept just the right amount of control to make its full performance attainable for most abilities.

Point the board upwind and it flies, as you would expect from such a wide shape.  The 36cm fin suits the board well for all-round performance, but if you want even better planing and upwind performance then you could definitely go bigger.  As conditions get rougher the control is pretty good with the board staying trimmed down in the gusts and chop.  However, as with all boards of this style (wide), when they do eventually lift i.e. the wind gets under them, they do it very suddenly and you have to react quickly to bring them back into line.  When you point the board right off the wind for a full speed run, the width does start to become a bit more noticeable making the board harder to ride right off the tail keeping the nose high.  To be fair, this is only really noticeable when well powered up, pointing right off the wind and in chop.  But in these conditions, you may notice the shoulders catching a little when going over the backs of waves.  We found that the mast track worked best a little behind middle, which helped keep the shoulders riding high.

When it comes to gybing, the Firemove is arguably the best gybing board we have ever sailed of this size.  You can bank the board really hard in to the turn with no risk of catching.  Most impressively however, where many boards of this size tend to set a line and turn on it, the Firemove remains manoeuvrable and can be banked in even tighter at any point through the turn.  It’s no wonder that there are claims about this boards wave riding potential as it really does turn unbelievably well for a board of this size.

So, here we have a new style of freeride board, which planes early, goes upwind well, is comfortable and easy to sail at speed, doesn’t take an experienced rider to get the best from and gybes fantastically.  Of course as we discussed above, there are always trade-off’s and in this case it’s mostly to do with absolute top end control in chop. But the truth is that the gains on offer from the Firemove and the style of board that this model has brought to the freeride market, far outweigh the drawbacks and from where I am sitting that’s called progress. The Firemove has created quite a following over the past 12 months or so and having now sailed it, I can definitely see why.  Give one a try!

For more on the RRD Firemove and other RRD products head to the RRD website here or the home of the British importers for RRD, Seasprite, here. 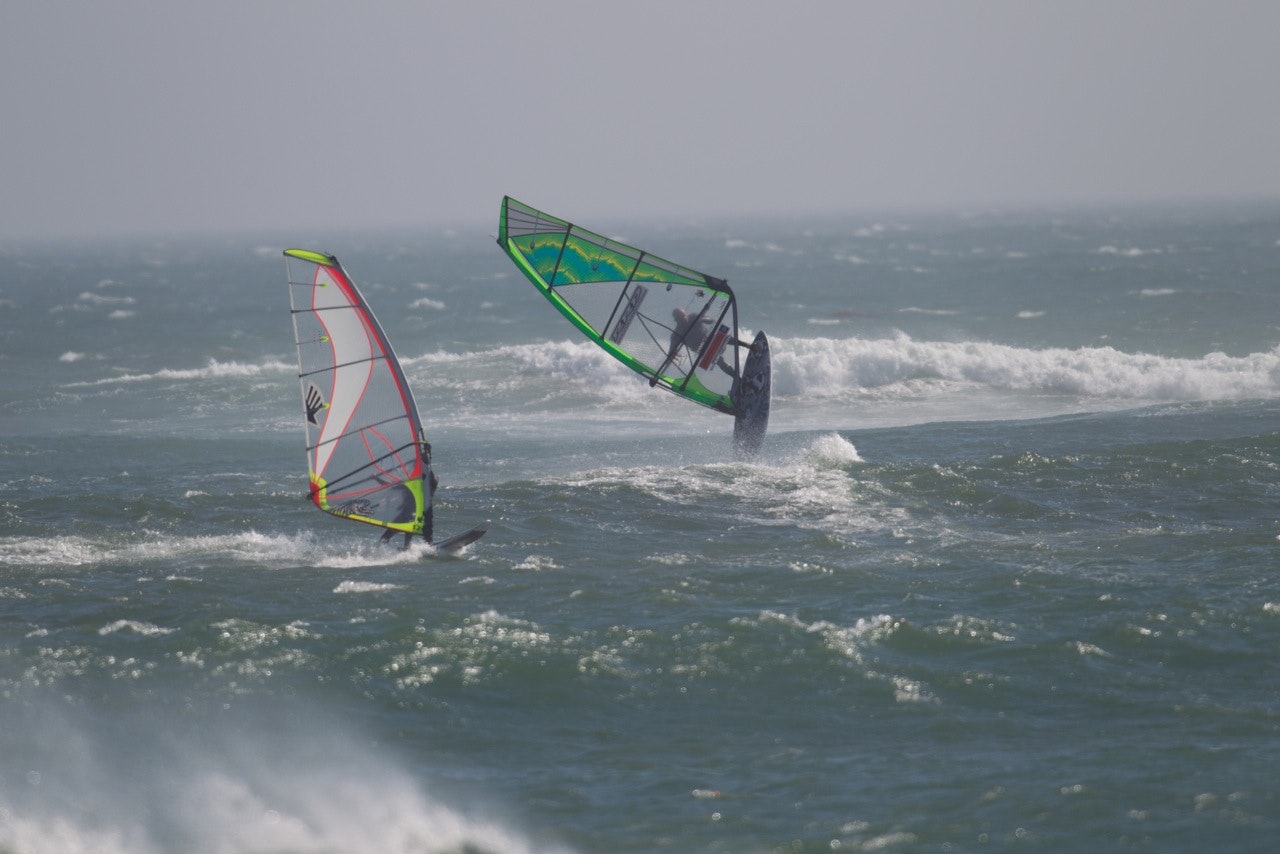 Jem's Off To Jeri!

Catch up with Jem Hall as he looks back on a busy few weeks and prepares for another Jeri clinic… “I am furiously packing for my...

Jem's Off To Jeri!