Once upon a time, a wave sail had five battens and was fairly tall and narrow. If you wanted choice, you might have been able to pick between an onshore (power version) and a cross-shore (less power) version, but that was where it ended.

Then a sail company developed a rather unusual looking wave sail. It looked quite strange on the water because it had a compact profile and an exceptionally short luff. Around the same time that this sail evolved, there was a young Brazilian lad showing some promise in the waves who decided to adopt it as his own.

The two got along like a house on fire, and in no time at all that young lad lifted his first World Wave title and revolutionised the discipline of wavesailing with his radical new style.

Everyone took a great deal of interest in what boards he was riding, and the world went crazy for twin-fins, which have become rather popular – and rightly so.

But much less interest was taken in the radically different sail that he used – the Naish Boxer. Over the following years the Boxer continued to evolve, and its cult fanclub continued to grow.

Kauli Seadi (for it was he) eventually left Naish and changed to NeilPryde, who were fast to develop a 4-batten version of this niche sail for him, and threw their massive marketing power behind it. With all the excitement and hype, many wavesailors and – most importantly – other manufacturers started to take more notice and now, a few years on, we have a 4-batten compact wave sail on offer from nearly every main brand.

Now, this test isn’t about 4-batten sails (though we will be focusing on them later in the year). Instead we’re looking at (largely) 5-batten all-round wave sails from each brand – the sails with the widest range of use and potentially the biggest appeal.

What’s interesting about this genre is that – despite the sails being 5-batten, all-round designs – the influence of the compact wave sail is very much evident within this group. Almost every brand this year has whittled inches off their luff lengths and softened the feel of their sails. In fact, for the first time ever the Naish Boxer no longer wins the award for shortest luff length in test. Quite surprisingly the very ‘all-round’ and relatively mainstream NeilPryde Combat has now taken this title.

Whether the 4-batten compact wave sail is the way of the future or simply a radical concept that has helped steer the evolution of the ‘traditional’ wave sail remains to be seen. But what is clear is that with many brands heading in this direction at various paces, the diversity of sails within this group is massive. There really is a huge difference in feel and performance between the sails tested here – perhaps more so now than any year before. 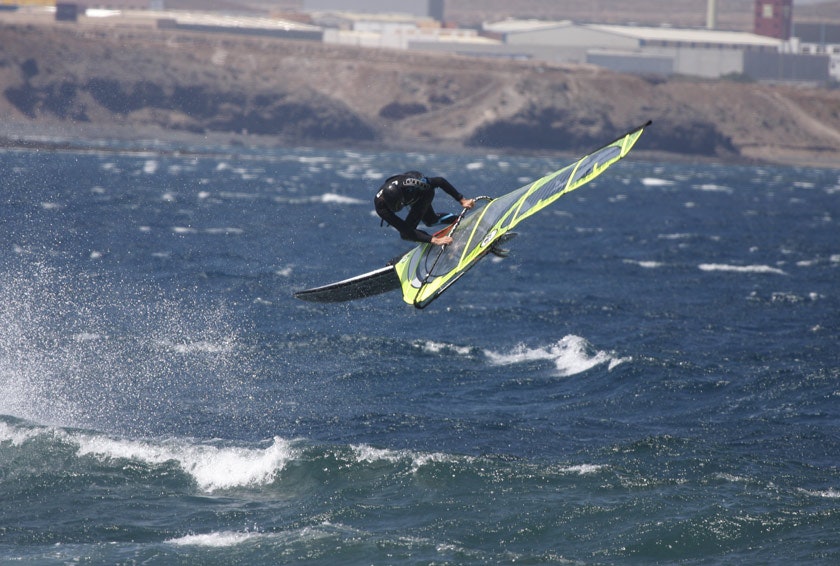 These are the wave sails that do it all! From down-the-line to onshore and underpowered to overpowered, our Clones give them a thrashing... Power wave sails used to be the domain of the heavyweight rider, but our Clones found that they now offer a whole lot more...

These are the wave sails that do it all! From down-the-line to onshore and underpowered to overpowered, our Clones give them a thrashing...

Power wave sails used to be the domain of the heavyweight rider, but our Clones found that they now offer a whole lot more...