At Tokyo 2020 it would be realistic for Team15 to get its first Olympian. Never say never, but by the time the Games roll into Japan in six years’ time, Nick Dempsey will be 40 and Bryony Shaw 37, meaning it is more than likely it will be down to Britain’s brightest young talents to pick up the Olympic baton.

T15 alumni Izzy Hamilton was ninth at the ISAF World Championships in September, and last month Emma Wilson became the latest British windsurfing World champion with roots in Team15 as she claimed the RS:X Youth Worlds crown in Florida.

So many recent British Junior and Youth World and European champions – Sam, Saskia and Imogen Sills and Kieran Martin to name a handful of others – have spent their formative years enjoying weekly sessions at their local T15 club and taking part in regional inter-club events.

In 2020 T15 will celebrate its 18th birthday, and there would be no better coming of age present than a T15 graduate(s) being selected for TeamGB at an Olympics.

Yet two years ago T15 had to do a bit of soul searching.

Were the numbers of T15 clubs nationwide holding steady? Were enough youngsters joining clubs and coming through? Did kids who didn’t follow RYA racing pathways carry on windsurfing or drop out of the sport? Was the tried and trusted format of the opening decade still doing the best job it could do?

After much number crunching, the hard conclusion on all fronts was ‘no’.

The prospect of T15 failing to deliver the success of its opening 10 years in its second decade was on the cards, and the only loser would be windsurfing. At this start of this year a new-look T15 was launched.

There were three major changes.

1) The establishment of regional T15 Academies to host all of a region’s inter-club events, with volunteer teams being trained in event and race management to run slicker, more competitive and enjoyable events.

2) Investment in coaching in every T15 club to upskill Start Windsurfing instructors and all other T15 session volunteers to deliver a syllabus of core course racing skills through fun sessions with the traditional essence of T15 still at their heart. 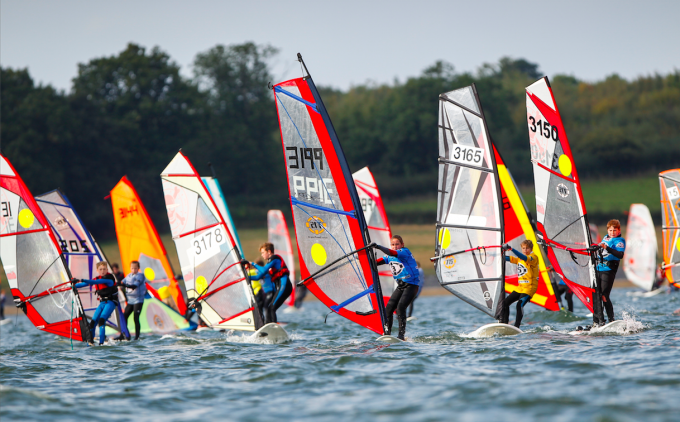 To give clubs and centres the tools, ownership and ability to develop more and better young windsurfers, creating more vibrant clubs with consistently well-run activity across the country, and to develop windsurfers with a lifelong passion for the sport.

Chris Blackburn, one of the RYA’s team of High Performance Managers, helped drive the T15 makeover.

He explains: “When T15 launched in 2002 there was a really big investment in instructor and coach development, but that hasn’t really happened since.

“When we undertook the T15 review, there was some really good stuff going on in some clubs, but not so good in others. There was no consistency across the country.

“We wanted to make the pathway of opportunity for windsurfers much clearer, whether they go into Zone squads or not; that once kids turn 16 the options are there for them to keep racing, to whatever level they want, to diversify into other areas of the sport and/or become instructors and coaches themselves.

“We also wanted to give both clubs and T15 itself security through being confident that engaging, successful activity is being run and clubs are friendly, vibrant places that will attract young newcomers into the sport, keeping the cycle alive.”

By his own admission Chris knows this ‘pilot’ year hasn’t been perfect – change always brings inevitable issues, challenges and sometimes, resistance. Event dates were announced late, for example, something he promises won’t happen next year.

But Chris insists the good far outweighs the bad, and reinforces his belief T15 is definitely back on track.

He highlights having an unprecedented 220 windsurfers take to the water for the new RYA/UKWA National Windsurfing Championships at Rutland in September – 91 of which were competing for the T15 Champions Cup – as a real statement.

All competitors raced in their fleets, challenging for national honours, as those representing the two qualified T15 clubs from each region had their points contribute to deciding the outcome of the Champions Cup.

Even if a T15 sailor wasn’t part of a team that finished in the top two regionally they could still attend as an individual entry.

He also stresses how T15 programme coaches, Sam Ross and Ali Yates, ran CPD sessions for coaches and instructors in every region, with even more planned next year, while the standard of racing at the Academies improved during the season as the newly qualified, skilled volunteer teams grew in confidence and understanding.

Chris maintains this is just the start and that coaching and volunteer investment in the Academies and clubs will be ongoing to ensure a constant stream of well-trained enthusiastic individuals underpinning T15 nationwide.

And he has been hugely encouraged with the leaps forward made this year.

He added: “This isn’t the RYA telling clubs how to run sessions, it’s about giving clubs the tools to figure out the best sessions to run for their sailors around a core set of skills. It’s club and centre-driven activity that the RYA is supporting.

“Very few T15ers not in RYA squads were progressing to UKWA events, so are T15ers windsurfing from 16 onwards? We don’t know, as we had no measure. By running all the National Championships at the same event, T15ers can see some avenues open to them in racing outside of Techno and RS:X, and we have a participation gauge too.

“The new-look T15 is about re-building a strong foundation for windsurfing in Britain. We believe it will and are looking forward to even more clubs, sailors, coaches, volunteers and instructors ensuring the next 10 years are as successful as the first.”

Find out more about Team15 at www.rya.org.uk/programmes/team15/Pages/default.aspx

The voting for the UK windsurfer of the year is almost over. The 30th of December is almost upon us and the nominees still need... 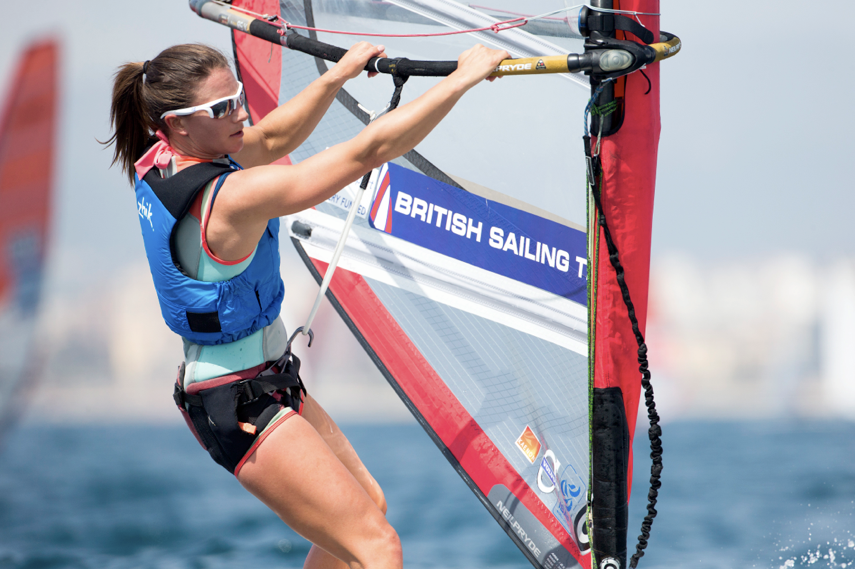 After a busy year of Olympic racing the Brits have finished in solid positions on the RS:X ISAF world tour. Bryony Shaw takes second position, with... Windsurfing’s appeal is all down to the freedom isn’t it? You can pick up your board and go where you like, when you like, with whomever...

The voting for the UK windsurfer of the year is almost over. The 30th of December is almost upon us and the nominees still need...

After a busy year of Olympic racing the Brits have finished in solid positions on the RS:X ISAF world tour. Bryony Shaw takes second position, with...

Windsurfing’s appeal is all down to the freedom isn’t it? You can pick up your board and go where you like, when you like, with whomever... Over the last week the best sailors and windsurfers from around the world have been battling out the final placings for 2014 over in Abu... 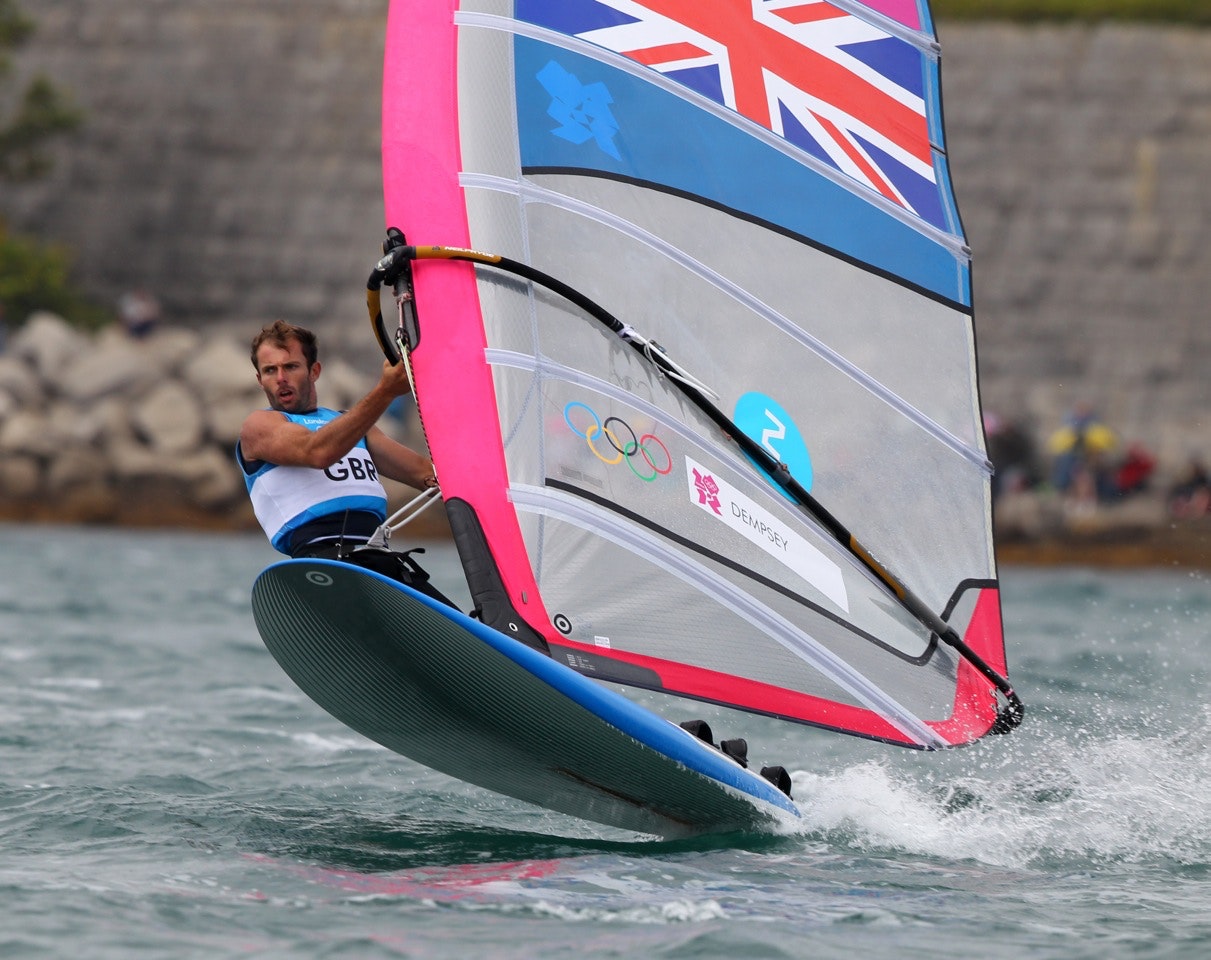 Nick Dempsey - Why I Windsurf

As we looked back at Nik Baker’s reasons for windsurfing we decided to get an insight into the inspiration behind another famous Nick’s windsurfing career.  This...

Nick Dempsey - Why I Windsurf