As the year of the Summer Olympics kicks off the athletes are getting ever nervous as their hopes for podium success draw closer and closer. Yet fro a seasoned Olympian those nerves are carefully contained and released as motivation and excitement. In this new blog Bryony Shaw fills us in on all the highs and lows that are required to prepare for the greatest games on Earth. I get chills when I think about the next Olympics, probably because at this stage of my windsurfing I have really learnt to believe in myself. It’s that feeling of security and confidence in the pathway I have carved for myself and the empowerment that that gives me. It’s exciting!

If I could try to emulate a certain type of athlete it would be one of maturity, a peaceful warrior and ultimately the goal of one who is a winner. So when I reflect on 2015 rather than it be a self analysis of each performance I like to review it from a different perspective. I question how did it look from an objective viewpoint, am I on the path to being a mature champion? This takes me right to the start of 2015 where I had to hit the ground running. Miami World Cup had an outcome focus and there was a sense of freshness, of empowerment without the old ties of emotional distraction. Being very aware of this new environment freed me to take the lead on which direction I wanted to steer. I was content in this enabling role and I wanted to prove that I deserved to remain as the driver of my bus. To have won by a 35 point margin was certainly boosted by this timely level of focus & determination.

The next few months were not free from challenges, but I’m glad I had an objective view to turn my set backs into learners. A real eye opener was how the team environment affected the connection between my coach and I. Working with the sports psychologist we were able to highlight what worked well for us at the more intimate windsurfing events & what bits we lost when dealing with the larger events. It was clear that we needed to put a premium on those one to one chats over coffee, let time slow down while the world around us was rushing by.

At the last event of the year, Copa Brazil Regatta in Rio, my coach Barrie Edgington and I were able to put this theory into practice. The British Sailing Team environment was as busy as it normally is with collaboration being a key aspect of our values, but this time we were wary to not get too swept up in that culture and loose our important coach/sailor connection. I think simply being aware of it each day made a huge difference for us, which I am confident was a great litmus test in light of the Olympic circus that awaits us this summer.

In 2016 there will certainly be challenges ahead & adversity to deal with, but I am excited to face them head on. Bring on the Games! 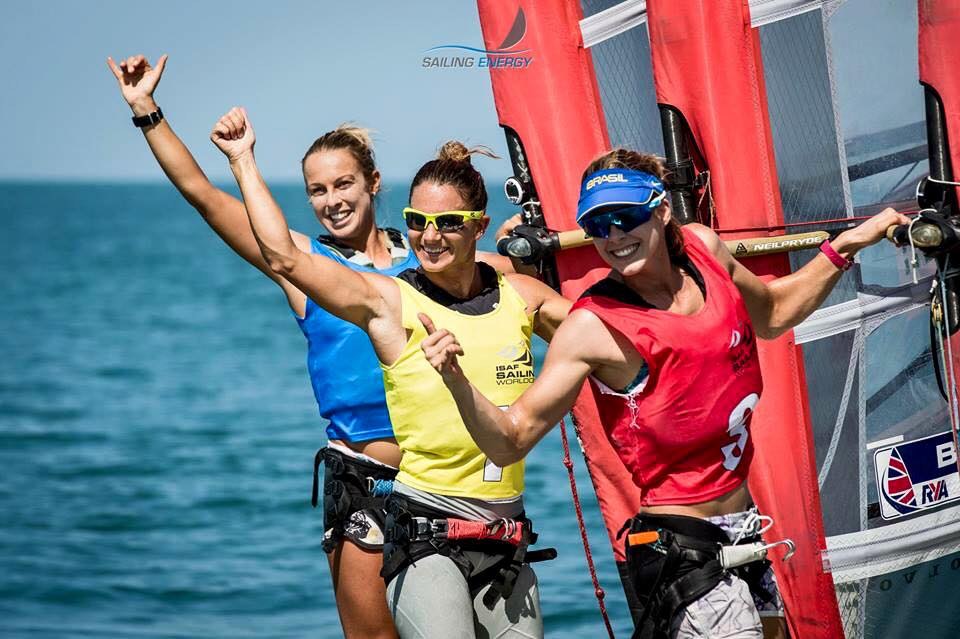 Bryony Shaw has won the Copa Brazil De Vela Regatta to cap her year off in style. Defending the title for another consecutive year, Bryony...

Bryony Shaw has won the Copa Brazil De Vela Regatta to cap her year off in style. Defending the title for another consecutive year, Bryony...