16:10 – the conditions here are looking a little less consistent, with light winds and less set waves coming through. The double eliminations are continuing for all fleets, with the amateurs one starting too. Currently up are Skye and horrocks.

15:44 – Dave horrocks continues his domination and takes out hart, he is now in a four man sail off with Skye, cox and Gayda with the top two to advance.

15:38 – we are into the double eliminations for the pro and women now, Dave horrocks took out Sam Neal in the first heat. Whilst in the women ping has beaten Bibby in the womens to advance and face Gayda.

15:32 – apologies for the delay in updates, there have been some technical problems. mike wand-tetley stormed though the amateurs single elimination to claim the victory ahead of Niall Mellon in second. Rhosneigr winner mike archer took third position ahead of Emile kott.

13:22 – the amateur single elimination is underway with archer and wand-tetley taking the first two places in the next round ahead of Barrett and Cude. In between the amateur single we have the pro double running, with Dave horrocks taking on Sam Neal.

12:44 – very tight as the judges add the scored from the men’s final. Women’s final is now up with kellett, sniady, gayda and Robson,

12:38 – proffitt looks to be killing it is this heat, all riders are scoring some solid waves with hacking turns, but so far proffitt seems to be generating the most speed and style through the turns. Just a couple of minutes left in this heat before the winner of the pro single is announced..

12:34 – another solid wave from both lewis and chambers, with horrocks sneaking a good set wave too. Proffitt seems to be waiting out back for another great wave to back up his first.

Men’s final is up with proffitt, lewis, horrocks and chambers. Proffitt opens up with some slashing turns, linked well too. Lewis gets a great wave too, but not quite up to profits opener.

12:05 – first women’s heat is abandoned due to ping being unaware of her heat, so they go straight into the second womens heat with kellett, Bibby and sniady. Kellett wins finishing her heat with two massive smacks on a solid set wave. Bibby got some incredible turns, generating a lot of speed from the wave but crashed out on most of her waves, giving Justyna the opportunity to get in some banking waves to follow kellett through into the next round.

Up now is the rerun of the womens heat with ping, Robson and Gayda. The wind is still just about strong enough, with just enough set waves coming through.

11:30 – lewis takes first in that heat with horrocks in second, those two advance as we go into the first heat of the ladies. Up first in the ladies are ping, Gayda and Robson.

In this heat we have Gayda, p horrocks, lewis and Murray. Lewis opens up with a nice turn and aerial on a solid set wave. Judges scoring nice linking smooth turns higher than straight runs with aerials, wanting to see some real lip hitting turns even in the light conditions.

11:00 – first pro heat of the day is up. Fou man heat with two to advance. 14 minute heats with two waves only to count. Up first are chambers, proffitt, hart and skye. All riders are getting sme great waves in and racking up the scores, with each rider already with a few scores in. Good turns, a goiter, some aerials have all been out. It is looking close with who will advance…

10:07 – things are heating up here in Ireland, there is a light breeze here at Gowlane wth waist to chest high waves coming through, a little more in the big sets. Riders are rigging their biggest equipment, mostly 5.3 for the guys with 85 plus litre boards. Some sailors have already hit the water, others will be soon. No word of which fleet will be up first, but competition will be on imminently. 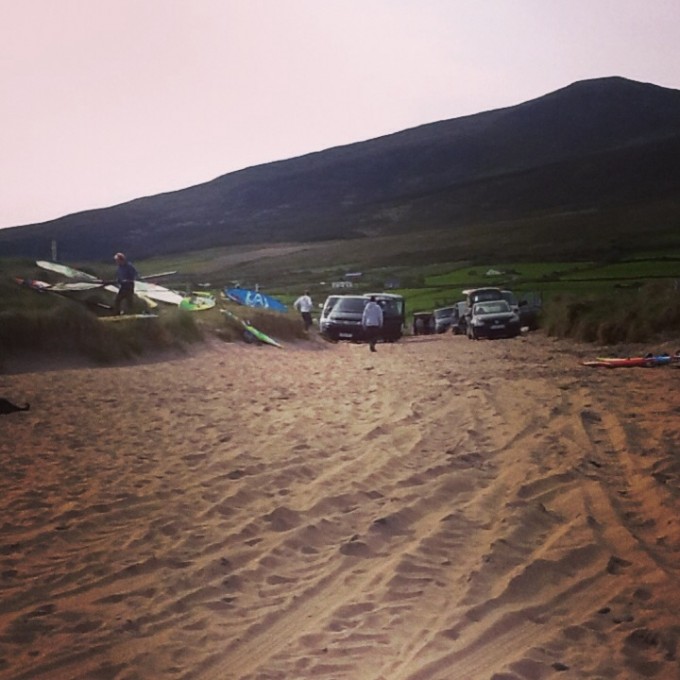 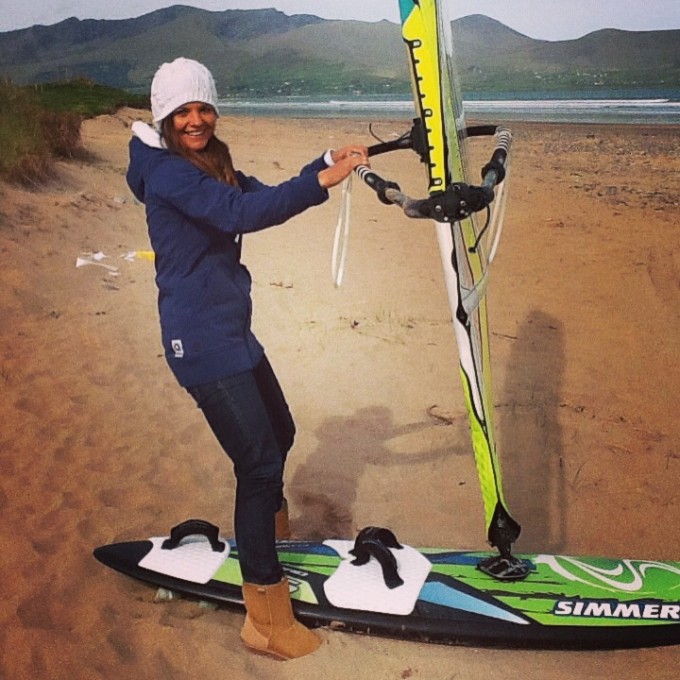 08:45 – Good morning from another wonderful day on the west coast of Ireland for the final day of the BWA. Today is the last chance for any competition and it’s looking like there is a chance of competition. First call is just about to come through from the judges so we will update you on any developments very soon. 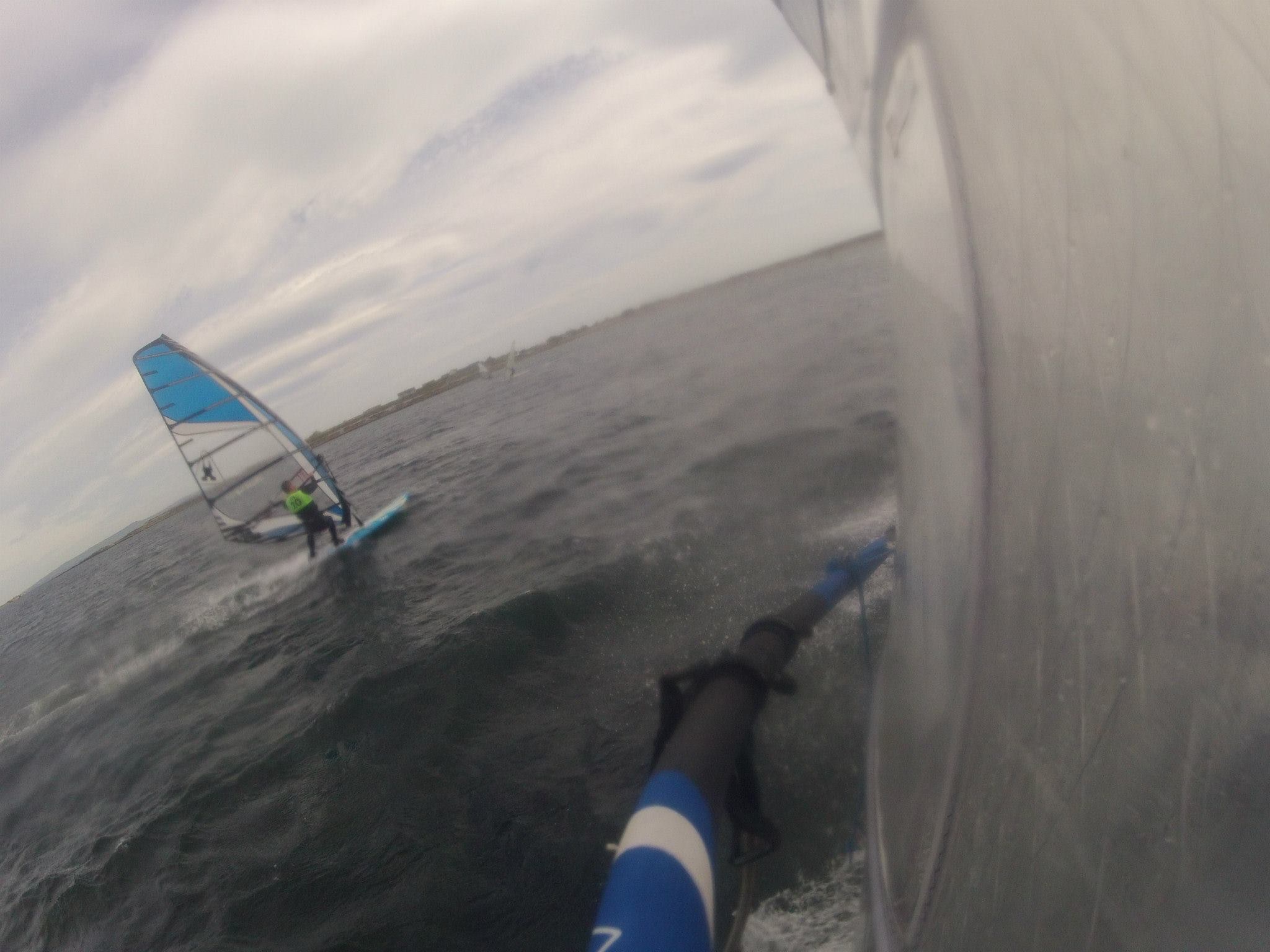 Full Power for the IWA

After the wavesailors left the west coast, Ireland’s best slalom sailors descended upon Castlegregory for the next event in their racing tour. A great weekend’s...

Full Power for the IWA