13:39 – Wind is still light, tide is on its way in with small waves and its raining again! John Skye is here, but suffering from a bout of food poisoning – hoping to be ok for tomorrow!

13:30 – Phil Horrocks (local) take on the weather – “I think the next couple of days will be generally onshore with some decent waves on Saturday.  I think with it being so onshore tomorrow, we may have Starboard tack in the morning going port later on and then probably back to Starboard on Sunday” 11:48 – Ben Proffitt (local) on the forecast – “Pretty sure today will be a lay day. Tomorrow morning looks alright, but pretty onshore.  I think it will be better in the afternoon.  Saturday looks the best day for sure.  Looks like we might be doing our double on Sat. Sunday looks windy, but pretty onshore.  Main thing is I’m pretty sure we will get wind!  I think the forecast will change a bit also, so a bit early to be too specific.  Everyone moans about the tide, but I’m not too bothered as Rhosneigr works at all tides.  I might be a bit smaller when its out, but it will be fine!”

11:35 – Head judge Duncan Coombes says the plan based on the current forecast is to run Pro’s early tomorrow (potential 7am Skippers briefing with 7:30 start), to make the most of Fridays early wind and the high tide…

11:30 – So the weather is starting to dry up here in Rhosneigr, but there is pretty much no wind at all.  Small waves and a couple of SUP’ers out….

9:30 – “Good morning and welcome to day one of the 2014 UK National Wave championships. It’s a wet and fairly windless morning here but the forecast is looking awesome.

Sailors are getting registered at the moment, so we will start our live reporting at 11am. If there is still no wind by then, we will bring you all the inside info about who’s here, what kit they are using, what the locals make of the forecast and there may even be some sneaky 2015 prototypes lying around that we can post some snaps of…” 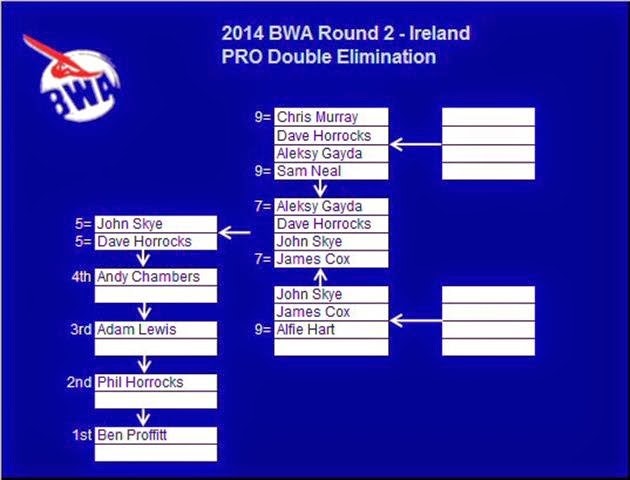