Boards: Obviously you are entirely focused on the waves right now, but with the likes of 76kg Steve Thorp taking the gps-speed peak record and Taty Frans, who is also fairly lightweight, getting some great results in PWA slalom, have you ever considered taking up PWA slalom for yourself?
JS: At times I think it would be fun. I used to race a lot, so have a reasonable background. However I think there is a pretty big difference between competing on the PWA and actually being competitive. Swifty in a way was my test pilot. Growing up I raced a lot with Robby and know that he really is one of the best sailors in the world. Watching him compete in the slalom it was pretty clear that size is important at the top end. He had the best possible gear, he had help from the best guys and a good budget to get everything right, but still he couldn’t quite break into the very top. When I stand next to the top 10 racers I suddenly feel very small! Having said all that I would be really keen to try a few UK slaloms if the schedule works out well.

Boards: Do you feel the current PWA Tour justifies a full range of conditions to test the all round abilities of the wave sailors, if not what other locations would you add?
JS: For sure not. At the moment the wave tour is massively biased towards port tack onshore. To get a truly balanced tour I think we would need a couple of down the line spots (Cape Verde/Hookipa), plus I think it would be really important to have some starboard tack jumping. If we had that tour there would be a few different guys doing well, but actually the top guys wouldn’t change too much I think.

Boards: You are involved in the PWA, can you tell us a little more about your role?
JS: I am a sailor representative on the management board. There are 4 sailors, and 3 industry members to create the most balanced perspective on the whole windsurfing world. It has been really interesting over the years, but also very difficult. So many times when you look from the outside things are so simple, but when you start to understand how everything works it suddenly gets a lot more complicated. Its easy to say we “why don’t we just organise a dream tour”, or say why don’t we have an event in Maui, but in the end so much of it comes down to money, and finding money in the right places isn’t always easy. The are very few really good wave spots around the world and most of them are in the middle of nowhere when you really look at it. Raising money in these areas is always difficult.

Boards: For someone keen to get on the PWA Tour, what advice would you give them?
JS: Firstly do as many contests as you can, whether they are local, national or international, it all gives you experience. Secondly don’t expect a sponsor to pay for it; my first few international events were all funded through temping work, rather than by sponsors. Lastly I guess the best thing is to get out to the events and sail with the top guys, whether you have an entry or not. For freestylers for example, being in Fuerteventura when all the guys are training before the comp will teach you more than anything else. You can learn more in a week with those guys as you would in a month in Eygpt or Brazil. Also there are sometime entiry spots free on the day, so maybe you can get your foot in the door. The same applies to Pozo in the waves. Sailing and watching the best in the world is better than almost any other option.

Boards: You’ve spent a number of years completing the tour yourself, are there any particularly memorable moments for both yourself and things you witnessed first hand? JS: The best moment for me was right at the beginning of my career. I had scraped enough money together to get to the Canaries events and then suddenly after Pozo and Fuerte I was suddenly lying 2nd overall in the world in freestyle. I remember coming back to the UK afterwards and it suddenly all hit home. It had been my dream just to get on the tour, so to actually be in such a strong position was mind blowing. Also my podium finish in Super-X in Fuerte was pretty special, especially as it was shared with Bjorn (who had won the speed). I had some flash backs to daydreaming at school, and could never have imagined it in my wildest dreams. In terms of witnessing things, its probably the development of Philip Koster from an impressive looking 11 year old ripper, to 17 year old World Champion, particularly his final 2 heats in Klitmoller. An outstanding performance from an outstanding sailor.

Boards: You’ve just finished working and training in Cape Town, can you give us a quick run through of your average day there?
JS: its been pretty hectic. Average day is probably 3-4 hours on the computer in the morning, before heading to the beach and testing. IN the beginning it was focusing on the new Wave cult line of boards. Then we had a load of booms to test. And then finally I had 20 sails arrive, which all needed rigging and testing against an older batch of 20 sails. Sometimes I was rigging and de-rigging 10 times in a day. To be honest it made it hard to really enjoy the sailing, but its super interesting to learn about all the different areas involved. It’s also a really good opportunity to work directly with Roberto since we were living under the same roof. He is a very busy man, so being able to catch a few minutes each day with him is golden, plus obviously to sail with him and get a better understanding of what we are both trying to achieve. 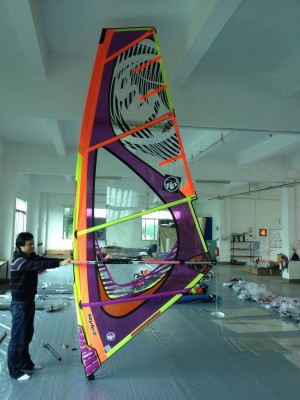 Boards: So you were working largely on sails and this seems to be your main role in RRD, any exciting developments coming up in 2012?
JS: My role seems to be expanding by the sail, but yes, the sails has been the main focus up to now. So far I have been working a lot on the new FOUR and new VOGUE. Then we have a couple of new models coming into the line up including one pretty exciting new freestyle sail. I was able to experiment with this and it came out better than I could have hoped, so I am really happy. UK Freestyle Champion, Adam Sims helped out quite a bit with this over the last year, and he was really happy with the results too, so I think we have a pretty special product.

Boards: Do you see RRD using Cape Town as it’s main R & D spot for the coming years or will it just continue to be a part of the RRD R & D process?
JS: This year Cape Town was only 1 part of the R&D process. In a way it was the final approval of lots of things. The whole team is working non stop on new ideas/concepts. For example I took a load of proto types to Maui to test in November, and we were able to get everything 90% finished. South Africa in the end was just the final test ground. Its great because there are so many people around. Roberto loves to have everyone try the gear and get feedback even from average sailors. The more feedback you get the better the final product. RRD has a new policy to only release new products when they are actually needed or improved. Its means non-stop development, but its great for the end consumer as they know they are getting a really good product that will be current for more than 1 year. 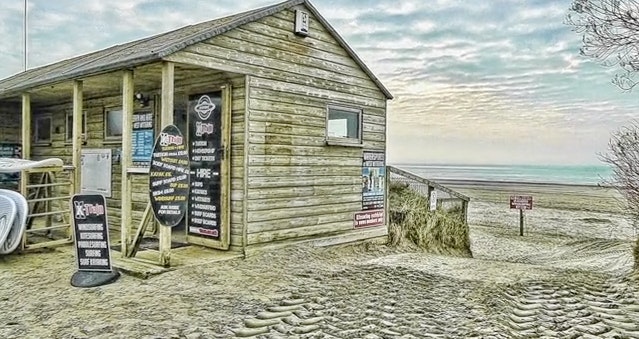 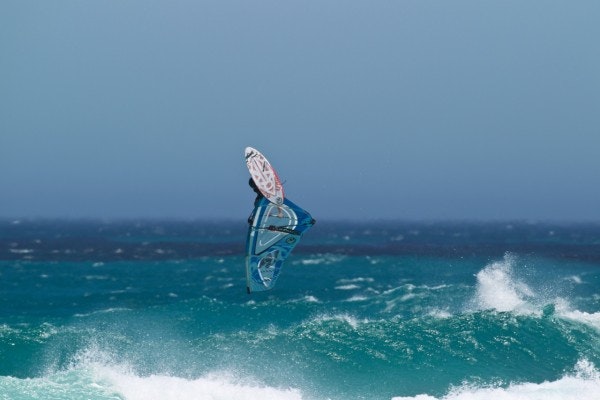 Mystic have snapped up a few UK pros this year and their latest signing is none other than 5 times UK Champion John Skye, one...