Andy King investigates the new Goya three batten sails… exactly what does he think of the new Fringe?

“As a five batten wavesail stalwart I was probably not the most likely candidate to try out Goya Sails latest edition to their wave sail range the Fringe, with it’s measly three battens.

“However, as it was being marketed as a wonder down the line sail and with my local spot being Gwithian, famed for its down the line riding, I opted to take off my old school blinkers and step outside my comfort zone, well for a couple of days at least, and take it for a spin.

“With November finally delivering some well over due swell and Southerly winds all was in place for a classic few days of down the line wave sailing at Gwithian and with a 5.3m Goya Fringe arriving in company with my quiver of 2015 Goya Eclipses I was all set.

“I’d already spoken in depth with Boards test editor Adrian Jones about the latest batch of three batten sails and his impression was rig settings were key to getting the best out of these sails. I however tend to be too lazy or maybe it’s just that I am too distracted by actually sailing to waste time tweaking sails, short of adjusting out haul in the shallows, so I stuck to the rig settings printed on the sail which seemed to be spot on.

“Day one was super gusty cross offshore wind but with a nice head high swell pumping through I opted for the Goya Fringe 5.3 and my 94L Goya quad wave board.

“The Goya Fringe feels super light in your hands, whether this is due to actually sail weight or just a placebo effect due to the lack of battens or perhaps just a design benefit of three battens sails is some thing only a set of scales and a direct comparison to different sails would reveal but it felt easy to use for blogging out and gave plenty of pull to keep you out of the drink as you tip toed your way over the white water. When the stronger gust arrived it immediately powered up and was pretty quick to get the board moving. There is no escaping the fact that a three batten sail will not have as much pre set shape as a five or even four batten sail so you do have to work a bit harder to transfer this power into forward drive. By this I mean you need to point the board off the wind and to pump the sail a little to settle the load. The pre set shape off five batten sails will always generate apparent wind easier with less rider input to aid acceleration and to keep you moving through lulls but it is this pre shaped that becomes a hinderance when manoeuvring on a wave. The more pre shape in the sail the less able it is to go neutral which means it is always producing drive on one tack or the other. In wave sailing especially now thanks to multi fins boards there is no real restriction on where you can go on a wave except that of your sail. A sail that is able to go completely neutral allows the rider to run straight off the wind and through the wind during manoeuvres with out the pre shape in the sail wanting to rotate from one tack to the other. It allows you to sheet the sail out and to in theory turn off all the drive from the sail even whilst you are still travelling at speed. Now these advantages are subtle as most wave shapes regardless of the number of battens only have limited pre set shape and this can be reduced with more out haul although this will also reduce the sails power. Three batten sails allow you to get this neutral feel with out compromising power and there is no doubt they make a modern loose style of wave riding a lot easier to master.

“In my opinion three batten sails are going to best suit the true wave riding conisure who already is competent at sailing a short board and who has the skill or at least a level of patience to ensure they put in a little extra work to control the sail through gusts and to transfer the power the sail generates in to get up and go.

“The reward comes when you get on a wave and especially on the top turn when you can open the sail and literally turn off all the drive. With this comes a much more upright riding style more in kin with surfing as you are no longer reliant on or having to resist the pull of your sail. Instead you can slide over the lip, float sections and rotate through tricks with your weight planted over the board allowing you much better control as the board slides and rotates. You can also drive through cut backs with smooth and less laboured directional changes using the rails of the board rather than the sail.

“So what did I think? Well I’ll be totally honest and say that I was very sceptical when I first heard of Goya’s three batten sail. I sail the five batten Eclipse because I love jumping and in my opinion this five batten sail gives me the balance of speed, precision and control. Yet I found the Fringe far more universal than I had anticipated. It naturally rides exceptionally well in the lighter wind conditions that I had on day one but also excelled the following day when the wind was much stronger. Even when over powered on a decent sized wave you were able to still bottom turns and top turn in control and not merely trying to survive. Jumps were few and far between but when the gust and ramps coincided the Fringe worked well. It didn’t distort or hinder control as I had feared and even when landing back loops over powered it didn’t wrench out of my hands.

“In conclusion I would thoroughly recommend the Fringe to any wave sailor that is looking to complement a modern multi fin wave board and emulate the current riding styles of the likes of Levi, Kauli and co. Yes it is something different but it still does the basics, it still can be jumped and it will still perform in onshores but best of all it will allow you transform your wave riding which to many is the holy grail of wave sailing. For me, at least until my knees and back gives out, I am too focused on jumping to have a full quiver of 3 batten sails but I will certainly be adding a 5.0m Goya Fringe to my quiver to make the most of those special 20 knt cross off down the line sessions.

“On the same days Steve was putting the 4 batten Goya Banzai, photo’s for a comparison to good effect perhaps for the less committed that is an option to consider.”

Photo’s courtesy of Joe Cockle at JNP Events photography and the one wide scenic shot is care of Guava Jelly Photography. The British winter is a tough one; months of chilly temperatures, long nights and dreary days, but here at Boards we don’t think it’s all... 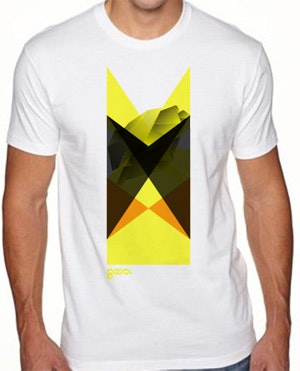 Quatro and Goya UK have taken stock of some pretty cool accessories and tops, they’re all ready at your local retailer for you to pick...

The British winter is a tough one; months of chilly temperatures, long nights and dreary days, but here at Boards we don’t think it’s all...

Quatro and Goya UK have taken stock of some pretty cool accessories and tops, they’re all ready at your local retailer for you to pick...