Injury. The word strikes fear into the mind of any sportsperson. In the grand scheme of sports, windsurfing lies somewhere in the middle ground with regards to injury potential; not quite up there with motocross or base jumping, but a damn site more risky than snooker.

Knees, ankles, shoulders and wrists seem to be the weak points for many windsurfers, but let’s face it the risk of injury doesn’t really put off or slow down many of us. But what about when injury does strike? Do you shut yourself away, hide from the windsurfing world in an attempt to forget about it until you are fully fit and ready to hit the water again?

After recently suffering a dreaded Lisfranc fracture, Russ Jenkins shares his injury story and explains how the windsurfing community can be a very valuable commodity in your hour of need.

Like many I’d tried windsurfing a couple of times when the conditions weren’t great but my first real course was in 2002 at the Army centre on Thorney Island. Without being too immodest I did pretty well and was planing in the harness after day three so the bug was instant for me. Soon after I was under the ginger wing of the infamous NWF organiser Al Cross and I’ve never looked back since!

After a lot of formula racing, again due to Al, I’d always wanted to get into and improve in the waves so, with fellow RAF sailor Craig Hamilton, I entered the BWA events in 2010 and absolutely loved it. That first year was an absolute blast with all competitors having a great laugh on and off the water, and best of all it forces you to improve whether you like it or not.

Ironically, after my last ever stint in Afghanistan due to a role change in the RAF I injured my foot, while sailing waist high Avon beach on New Year’s Eve!

To cut a long story short, in wanting as much wave time as possible to prepare for this year’s BWA events, I admit I may have accidently rode a wave a little too close to the shore!

While finishing a gouging top turn on this ‘monstrous’ wave, knowing the shore was packed with fellow RAF sailors and other hardy souls, my back foot slipped out of the strap causing the nose to dig in and fins to release. By this time the board was getting rolled by the shoredump with my left foot still in the strap, and as I fell in the water I could hear the cracks!

After a quick trip to A&E, where my main concern was to save my brand new Mormaii wetsuit from the dreaded scissors, the X-rays showed I had a nasty Lisfranc fracture and dislocation, fracturing three metatarsals and rupturing ALL the ligaments. In hindsight it would’ve been much better to cleanly break my ankle as at this point I’m looking at over six months til I can even run again, let alone get back in the footstraps!

What happened next? A multi layered windsurfing injury.

Well this is what struck me about my injury, as it’s been caused, fixed and aided by windsurfing thus far, and of course the main goal is to do it all again…well, within reason!

The cause is clear but from then on I’ve been helped and supported by windsurfers:

From the unknown guys that helped me up the beach, to those that looked after my kit, de-rigged it for me and even took it home for safe keeping til I was out of hospital.

Then, by chance, my orthopaedic consultant is a windsurfer who I used to race against in my Army days.

Then hours after surgery, I turn on my phone and received a message from Robby Swift. It turns out he received an email from a friend of mine who had once bought a board from him asking if he had any advice. After some lengthy emails, finding out Robby has done this three times and still absolutely rips it up, my mind is now far calmer as most Lisfranc articles online are horror stories at best and now I’m armed with some excellent tips, supplements to take and general good advice to get me through this injury. Not to mention watching Don’t Let Go is spurring me on to get back on the water….a very apt film!

On top of this I’ve also had some great messages from Ben Proffitt and Justyna Sniady, who I’ve met a couple of times at BWA events and at the OTC Tenerife while Justyna was recovering from her infamous, and now award winning crash in Pozo.

Now what other sport would you receive advice whether it injury, equipment or technique related from guys at the top of their game at the drop of a quick email or even because you’re sailing at the same beach as them?!

Unfortunately, through the power of social networking and my wife’s connections in the Physio world, I was also able to pay Ben back by trying to help diagnose his recent injury while he was in Oz and I was resting with my foot up in the UK.

What else has helped your recovery?

It’s not only help with the injury that’s been provided through windsurfing.

I’m lucky, as a BWA amateur, to be sponsored by three great companies who have really kept my windsurfing stoke up over the first couple of months of my recovery.

The ever enthusiastic, energiser bunny that is Jim at Puravida Customs who is shaping up a matching two board quiver to celebrate my return to the waves, and we’ve also been working on some great artwork ideas for the boards…watch this space for some great looking and more importantly great riding boards in the not too distant future…I have no idea where he finds the time!

The guys at Hot Sails Maui, mainly Chris Freeman (owner of Black Project Fins too) at their HQ and their UK distributor Anton, have been going through new quiver ideas and launching some exciting new products to feed my shiny new kit appetite. Not to mention their great forum community which now of course includes Kauli Seadi. Being a member of the Hot team is honestly like being in a big windsurfing family as everyone is so friendly, welcoming and of course addicted to the Hot way of doing things.

Now I know this sounds like a massive plug but all these guys, some I’ve not even met face to face, have been so supportive, optimistic and enthusiastic that it rubs off and massively helps through the boredom of injury, I mean there’s there’s only so many Top Gear episodes you can watch on Dave!

When can we expect to see you on the water?

Due to a complete role change within the RAF I’ve told myself (read “the wife”) that I can’t really wave sail till next year….which is made even worse by the fact that I’ll be stationed behind and flying right over the sand dunes at Rhosneigr!

Other than that I’ll be at a few of the BWA events this year soaking up the atmosphere and helping out where possible, and I think I may even invest in a SUP to get that all important proprioception training in.

Russ is sponsored by: 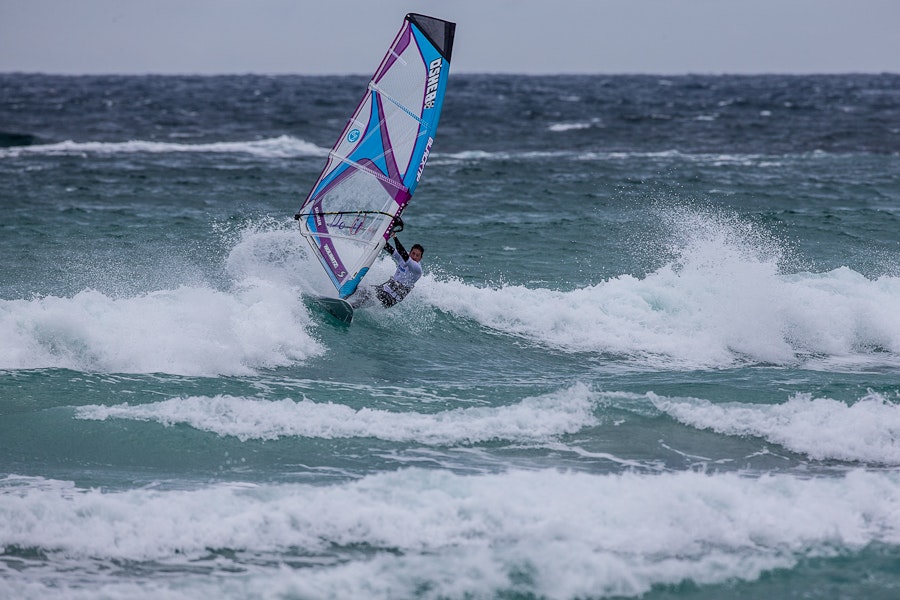 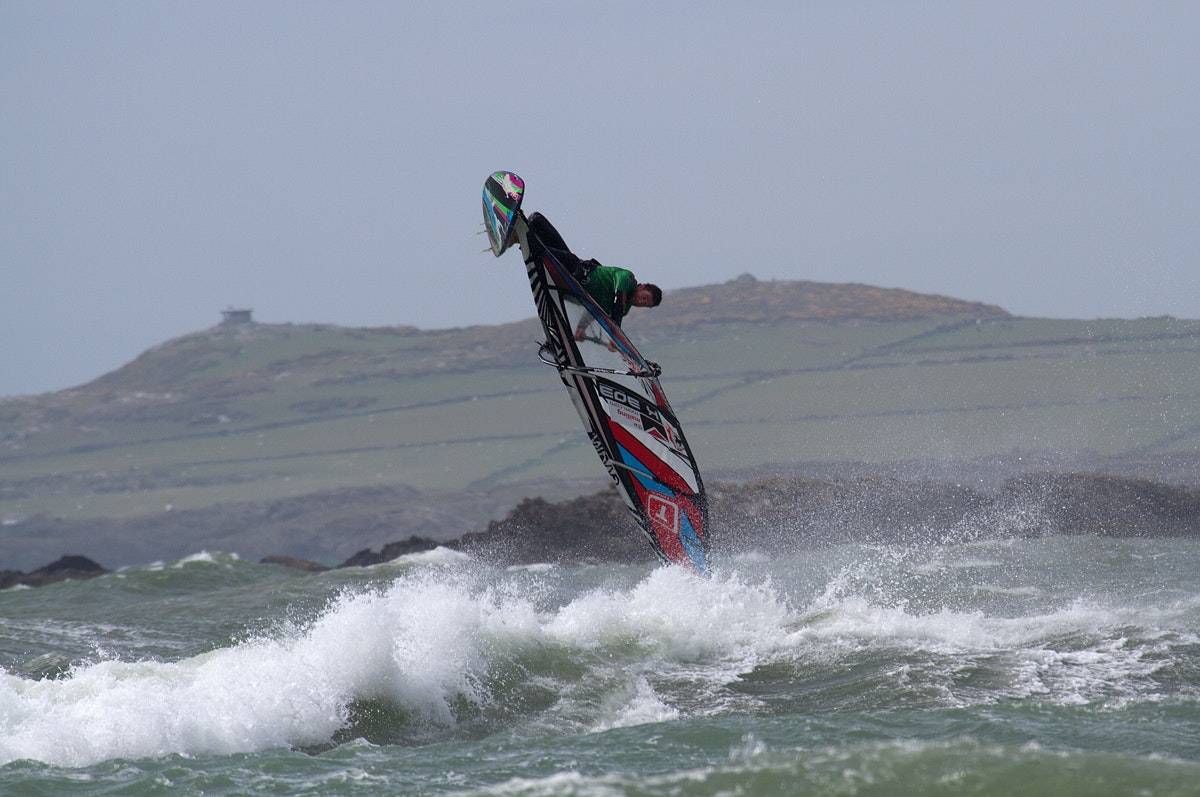 After a very exciting start to the wave tour in 2012, the BWA Championships will kick off once again in North Wales at Rhosneigr beach...

The start of the BWA UK Wave Championship is now only 21 days away. Make sure you check out the websites for all the info...

After a very exciting start to the wave tour in 2012, the BWA Championships will kick off once again in North Wales at Rhosneigr beach...

The start of the BWA UK Wave Championship is now only 21 days away. Make sure you check out the websites for all the info...