Finding the right harness can be a tricky decision. At first glance they all look pretty similar. But in closer detail, there is a multitude of distinguishing features that determine their range of use. Who should go for a freeride harness and who for a freestyle harness? We sent Axel Reese to find out more. “Skopu into Funnel!” Once again Gollito Estredo amazes the crowd of spectators at the Brandenburger Beach during the World Cup in Sylt. The tow-in session is currently under way. He doesn’t move quite as much as in a normal session, during which he, in typical Gollito trademark style, pulls a new trick pretty much every 100 meters, yet still blows the minds of everybody watching. He jumps and rotates with his board and sail literally stuck to his feet and hands. Back on the beach he talks shop with Pierre Mortefon about their harnesses. As opposed to Gollito, Pierre competes in Slalom and thus usually sails overpowered with a rather stable board and in an upright and relatively rigid fixed stance. Therefore, he is looking for different features in a harness than the freestyle-king Gollito. We notice immediately that their harnesses differ rather considerably from one another. Gollito is wearing his ION Pro-Model “Maddoxx” and Pierre the “Radium”.

Already at first glance it is obvious that the harness of Pierre Mortefon, the PWA Slalom Vice World Champ 2015, is much higher cut and wider than Gollito’s model. We decide to take this opportunity to have a chat with the two pros about their experience with harnesses. ION’s harness range alone comprises over 30 models!

Given that there is such a great choice of different harnesses on the market, it can be a pretty tough call for any windsurfer which model to go for. Pierre explains that these models are suited for riders who are looking for maximum support in the back area to prevent any back-issues or aches from occurring in the first place. The photo shows the French rider with one of these freeride models called the “Radium“. The higher cut and stiffness of this harness offers a great level of support for the back. Wave and slalom riders, as well as windsurfers who usually do rather large runs, i.e. freeriders, are the target group for these types of harness. We are curious and would like to know “What about the freedom of movement?“ In his reply, Pierre points out that generally freeriders are first and foremost seeking a high level of support for the back as they’re not sailing every day and usually have less fitness and core strength than professional riders. That is why it is not really an issue for them if their freedom of movement is slightly compromised by the wider design. Listening in to our conversation with Pierre, Gollito is rolling his eyes. Clearly, for his discipline these freeride harnesses are not the first choice; in freestyle runs are generally much shorter and riders are usually super fit. We take a look at his harness. It is immediately obvious that his Pro-Model, the Maddoxx, is cut narrower and more slimline than the “Radium” as well as offering less support along the sides. Consequently, it is significantly smaller and thus offers more flexibility for the body. That makes this model ideal for fast, often very extreme body movements and radical manoeuvres on the water. Furthermore, the Maddoxx’s design is considerably more flexible on the sides than the Radium’s and thus features a much greater freedom of movement for the rider than a freeride model. Gollito’s eyes are sparkling with joy whilst bending the soft sides of his harness and he tells us “The Maddoxx is the absolutely perfect harness for me. With this harness, there are no limits to my moves on the freestyle board.” Freestylers swear by the Maddoxx, yet, its amazing performance for wave-sailing is also appreciated by wave fanatics.

The design on the inside

Gollito takes off his harness and shows us the materials on the inside. His Maddoxx is solely made up of laminated neoprene, which allows the harness to slide around the body. Gollito adds “That’s so awesome when the harness slides around, in particular for tricks that require riding switch stance for longer periods; it totally helps to still maintain a comfortable, relaxed stance and body position.” 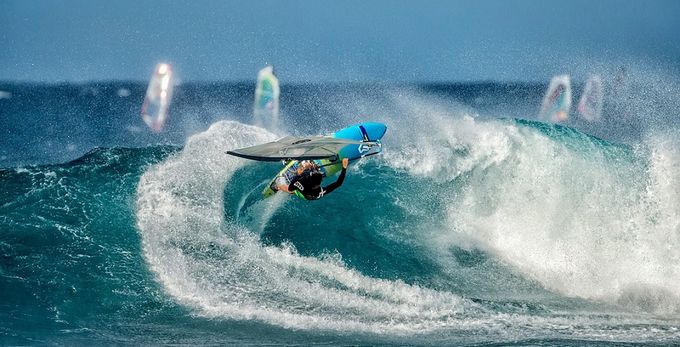 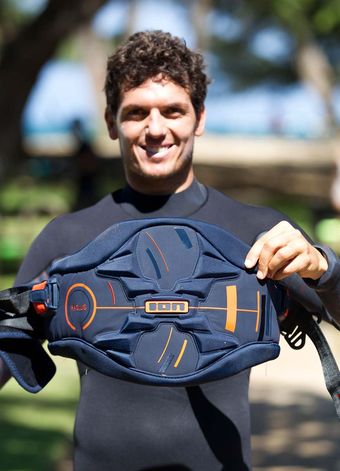 We are at Kanaha Beach on Maui. Victor Fernandez is about to hit the water to test some wave sails. We can see the ION Radius around his waist. “Yeah, usually I’m also wearing the Radium just like Pierre Mortefon. It’s without a doubt my preferred choice. Though, I recently got the Radius to test. Particularly in lighter winds the harness feels really light and comfortable”, he remarks, although the Radius has been designed rather stiff and cut considerably more slimline than the Radium. The thought behind the design is to achieve ideal freedom of movement with a good level of support. Before jumping on his board, Victor adds “That’s why the Radius is a good alternative for sessions in less radical conditions!” Last weekend saw Birmingham play host to one hundred students for their debut event, Up The Brum. This event was the first in the annual... 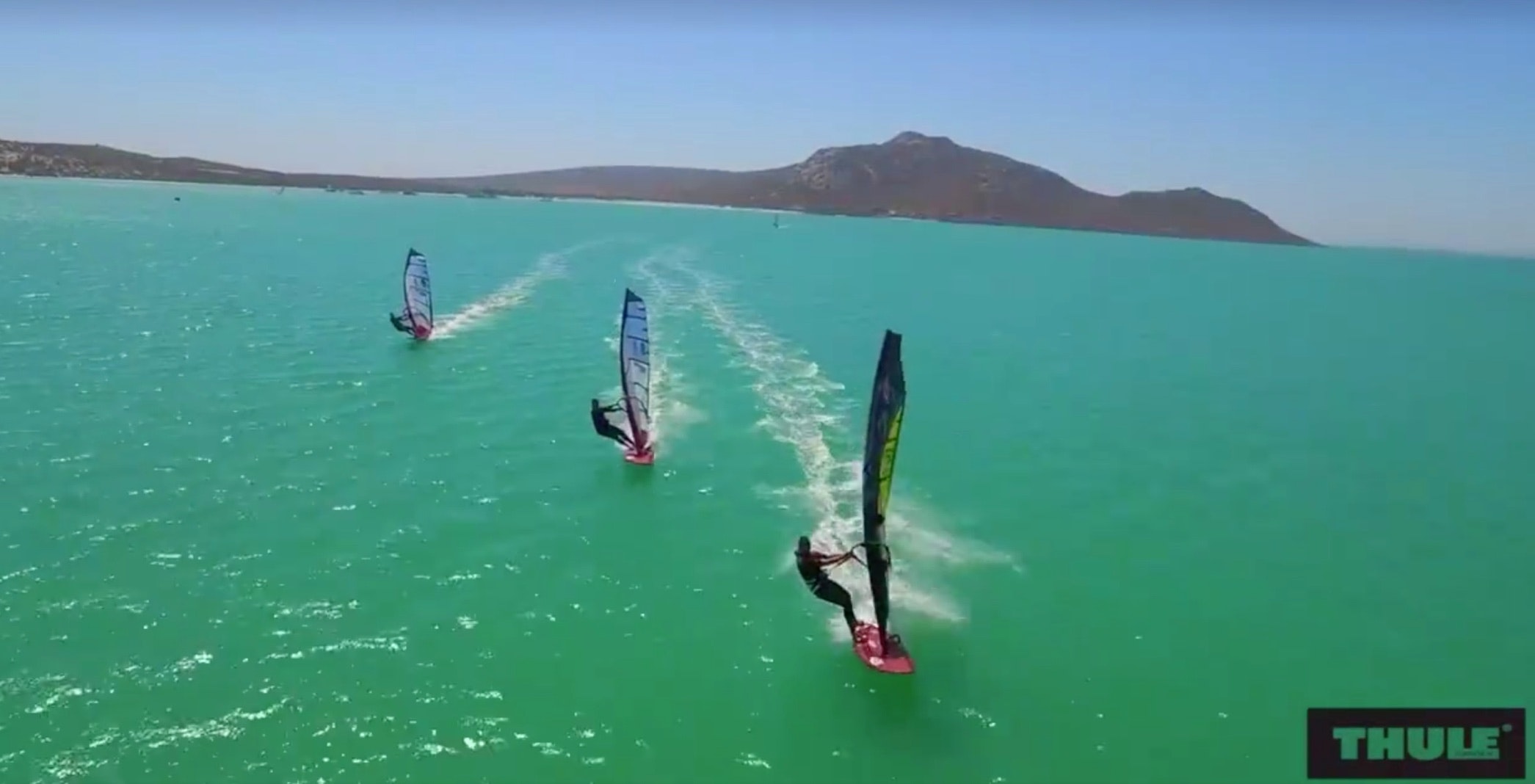 Vincent Langer has pieced together this short clip from some testing that he and the team have been doing on the next Fanatic Falcon. Shot... Last weekend saw Birmingham play host to one hundred students for their debut event, Up The Brum. This event was the first in the annual...

Vincent Langer has pieced together this short clip from some testing that he and the team have been doing on the next Fanatic Falcon. Shot...