This month we are profiling new kids on the block; the Team15 (T15) Kielder Kestrels. Team Coach Brian Coates, tells us how they formed, why they have the perfect spot and how they will prepare for their very first season battling it out in the T15 Inter-Club Championship.

The Coates family, together with other keen windsurfers at Kielder Water Sailing Club, were keen to develop their own T15 club at Kielder having previously been involved with rival local club the Pugneys Pirates.

“Windsurfing at Kielder Water Sailing Club was set up by two of the oldest members of the club (both in their 80s) who were part of the huge windsurfing fraternity back in the eighties” Brian explains.

“The Kestrels only started last September and we had 20 T15 members. We are hoping to get even more youngsters signed up this season as for the very first time we are taking part in the T15 Inter-Club Championship.

“Kielder Water is a large lake, a great place to windsurf with plenty of space to learn, develop and to have fun, whether you have been windsurfing for years or just a few weeks. A small bay which is semi-enclosed by KWSC’s jetty is ideal for beginners, after which the headland point is the target and then into the wide open space of Kielder Water for a blast across the lake” he continues.

Windsurfing certainly runs in the Coates family as Brian’s daughter Christina (15) who is a freestyle expert, also instructs the newly formed Kielder Kestrels (when she’s not competing with the team). Christina was awarded the RYA North East Young Sailor of the Year Award at the London Boat Show for her work volunteering with the club.

“I am looking forward to using my skills to help the Kielder Kestrels in their first year in the Inter-Club Championship. Everyone is really looking forward to a full season of windsurfing, racing and freestyle at Kielder” said Christina.

The Kestrels will be competing in the North Zone alongside current T15 Zone Champions the Pugneys Pirates from Wakefield, the team which Christina previously competed with and gained her valuable windsurfing experience.

“I do think there will be some friendly rivalry with the kids from Pugneys, we have as we will have some of their members competing including me!” explains Christina.

But for the Kestels it’s not just the winning that counts.

“For us it’s about the fun! This will be the first year that we will take part in the Inter-Club and we see it as a fantastic opportunity for the youngsters to advance their windsurfing skills and have fun out on the water. The great thing about racing is that competitors have to learn to use the wind in the correct way to get an advantage” said Brian.

Not only will it be the first time the Kestels compete but they will also be welcoming junior windsurfing teams from across the North when they host the North Zone Event 3 for the first time in July.

“We are a little nervous about hosting a T15 event for the very first time” Brian Admits. “However it will be great to be able to showcase our venue and I’m sure the kids will be pretty excited about it! Hopefully we will have a bit of an advantage too on home waters”.

With the new season just around the corner the club were delighted to find out that they has been awarded a grant of over £2,250 from the Eric Twiname Trust to purchase the final pieces of windsurfing equipment needed for the Team15 sessions.

“We are hugely grateful for the funding provided by the Eric Twiname Trust and our thanks go to the trustees not only for their support but for the straightforward way in which you apply for the funding. Having decided to take part in the Inter-Club it came to the rescue just at the right time and will provide us with six new Dino rigs.”

The Kielder Kestrels will be busy preparing for the season with Team15 sessions taking place on the fourth of Saturday of every month followed by a race day on the Sunday.

“Although the Kestrels are only open to junior windsurfers of fifteen years and under, everyone from beginner to expert is welcome at Kielder. We are open to windsurfers of all abilities from complete beginner upwards” Brian concludes.

Supported by industry leaders Tushingham/Starboard and Neil Pryde, T15 was set up by the RYA to help make windsurfing more accessible and appealing to youngsters at a grass roots level. Fun and informal training sessions take place at T15 clubs all over the country for kids up to the age of 15, which are run weekly by specialist RYA coaches.

To get involved in windsurfing at Kielder Water Sailing Club visit www.kielderwatersc.org 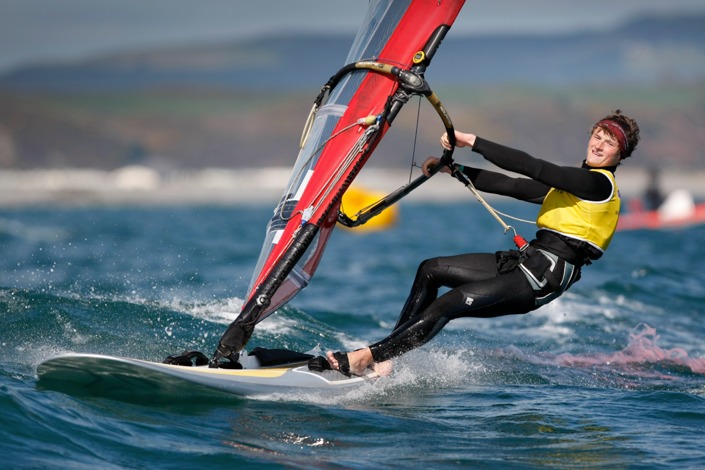 The RYA and Team 15 is all about getting youngsters onto the water, Boards learns more about why the next generation are loving windsurfing from...

The RYA and Team 15 is all about getting youngsters onto the water, Boards learns more about why the next generation are loving windsurfing from...