There will be boards as far as the eye can see at Grafham Water this weekend (19-20 September) as more than 220 windsurfers are expected to descend for the 2015 RYA/UKWA National Windsurfing Championships.

But amongst the buzz of sailors gunning for the big prizes and national titles, there will also be the excitement and drama of an event within an event unfolding as the 2015 Team15 Champions Cup again revels amidst its new Championships home.

Last year was the first time the country’s most enthusiastic and talented rookies coming up through the RYA’s Team15 windsurfing development programme – 91 of them – went board-to-board against the cream of the crop within the context of the National Championships to bring new prestige and aspiration to the Champions Cup.

Now it’s the turn of the latest Team15 crop, who have been battling it out for regional bragging rights over their four interclub events this summer, to test their mettle and bid to take the crown of 2015 RYA Team15 Champions Cup champions.

But there’s more to it than that…

Like last year the top two teams from each Team15 zone have qualified for the Champions Cup.

All Champion Cup competitors race in their fleets, challenging for national honours as well as picking up points to contribute to deciding the outcome of the Champions Cup. However even if a Team15 sailor isn’t part of a team that finished in the top two regionally they can still attend as an individual entry.

After last year’s National Championships the RYA sought feedback from Team15 clubs and sailors as to how the Champions Cup could be incorporated better into the event, and a couple of key points emerged that have been acted on for this year.

Firstly, interclub events have fleets for 3.5, 4.5, 5.8 and 6.8. But because some Team15 sailors in the 6.8 fleet are looking to progress onto the 7.8, and want to be considered for the UK Junior Techno squad, a 7.8 fleet has been introduced for the Champions Cup. However a team does not to have a sailor in this fleet as for the Champions Cup the scores are based on the top six sailors across any fleet.

Secondly, there was feedback from the 3.5 fleet that their course was too far out and too difficult for sailors just starting out on their racing journey, so this year the aim is to not only make their course more accessible and easier but also allow their Team15 coaches to be on the water to help answer any questions their sailors might have and give advice and support for the next race before it starts.

Another major new addition to the National Championships is it will act as part of the RYA Olympic Classes National Ranking Series 2015 so will see RS:X 9.5 men and RS:X 8.5 open events included and British Sailing Team sailors attending.

Chris Blackburn, one of the RYA’s High Performance Managers, explains: “The initial idea of bringing the Champions Cup into the National Windsurfing Championships was to enable youngsters to see all the pathways open to them.

“Team15 is about encouraging lifelong windsurfers and we know not everyone will want to or have the potential to go through the RYA squad system towards Olympic Classes sailing so it’s important early on they can see there are plenty of other options and opportunities for them if they just want to race for fun into the future.

“Obviously we hope to produce windsurfers that do go on to represent Great Britain at major international events at youth and senior level through Team15, but it’s critical we don’t lose those who don’t from the sport altogether.

“By having all classes and all ages represented at the Championships, and now with the addition of Britain’s top end RS:X sailors this year, all the Team15 sailors can see what’s out there for them whatever their ambitions and abilities.”

Last year’s Champions Cup victors were West Kirby from the North West, followed by Axbridge Animals (South) and Spray Sprites (South East), and all these have once again qualified for the final Team15 showdown.

Oxford Zoomers (Midlands) and Pugneys Pirates (North) will also fancy their chances of creating an upset having both won all four interclub events in their regions.

“We love taking part in the Champions Cup as it really brings the whole club together and makes for a very strong bond between them all including the parents, without whose support we wouldn’t be as successful as we have been.

“This year has been tough as we’ve lost a lot of older team members who have gone on to become assistant or full RYA instructors or to race with UKWA and RSX. This is fantastic and what T15 is all about but it’s left us with a big gap in the 5.8 and 6.8s.

“Having said that we won almost all our regional events to qualify for the Cup thanks to very strong 3.5 and 4.5 fleets and our up-and-coming T15ers. This is thanks to our coaches who give up their time for free, their reward being the success of the kids.”

This was the second year of the revised Team15 format featuring Team15 Academies and all regional interclub events taking place at the same venues.

Chris admits there is still room for improvement on making this format work most effectively for the clubs and sailors alike, but remains encouraged by the early response to the underlying objectives of the new structure.

He continued: “One of the biggest things of the ‘new’ Team15 was investment in coaching and CPD and there has been a real appetite for this in the clubs, which is great for sustaining windsurfing participation growth nationwide through Team15.

“Team15 is still seen as ‘racing’ but the work we’ve been doing through our CPD sessions with clubs, led by Sam Ross and Ali Yates, has been focused on developing sailors’ windsurfing skills. If someone’s got the right windsurfing skills they can learn to race, but if they only learn to race they’re less likely to stay in the sport long-term.

“We’ve also been working with the Techno Class Association and UKWA to run open training for Team15 sailors focusing on skill development.

“The National Windsurfing Championships should be a great event and a fantastic opportunity to get the windsurfing community together, and we’re looking forward to seeing the developing skills of all the Team15 sailors and coaches on show.”

QUALIFIERS FOR THE 2015 TEAM 15 CHAMPIONS CUP 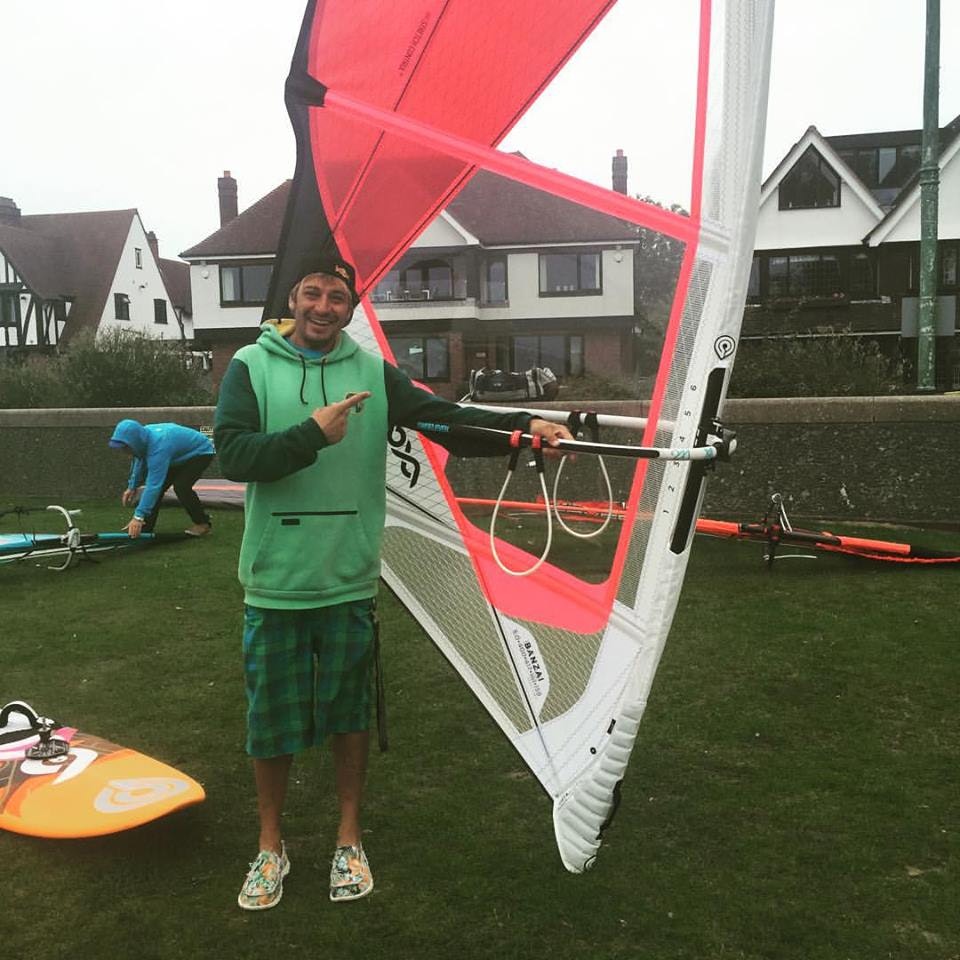 Today we’ve got more news about the Tiree Wave Classic, this time it is the full details of the youth camp that will be run... After this weekend’s NWF next month will see the next spot on the BWA tour taking place, with the top riders heading to Tiree for...

Today we’ve got more news about the Tiree Wave Classic, this time it is the full details of the youth camp that will be run...

After this weekend’s NWF next month will see the next spot on the BWA tour taking place, with the top riders heading to Tiree for... 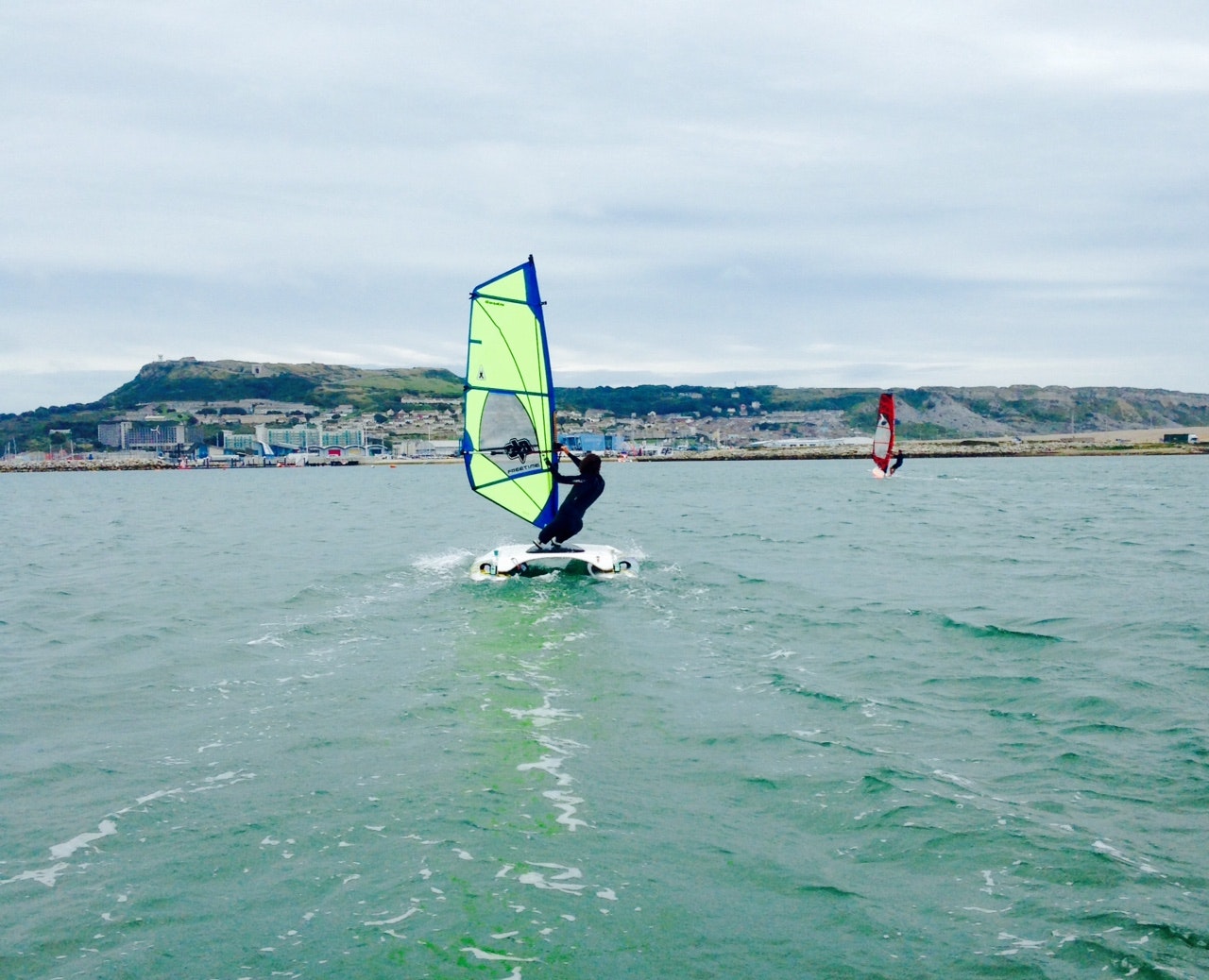 Think you’ve got a a valid excuse/reason for not getting out windsurfing? We’re not so sure. Yesterday we were down in Weymouth and snapped this... A Quick Guide To Windsurfing Holidays

Google ‘windsurfing holidays’ and the choices are almost endless… but what should you be looking for?  From the popular haunts around Greece, Egypt, Turkey and Croatia...

A Quick Guide To Windsurfing Holidays