Think you don’t have time to windsurf? Life is always a juggling act, but we think we can all learn a thing or two from anaesthetist, dad and UKWA winning slalom racer James Dinsmore…

Turning the clock back a year I did not know what 2014 would bring on the windsurfing front. With my wife, Aneeta, expecting a baby I knew that the year was going to be an eventful one and that there would be time management challenges like never before. Even before the arrival of our daughter I knew that living near the beach, driving a van and having a tolerant wife were the keys to (my) windsurfing happiness. We are fortunate to live on Hayling Island, which has launching options at almost any state of tide and wind direction.

The windsurfing spot on the seafront is only a couple of minutes drive from our house. Driving a van means I can keep all my gear in it ready to go and it means that I can be back home within an hour having fitted in a decent 30-35 minutes on the water.

Having won the British Slalom Championships in 2013, my windsurfing aim for 2014 was to defend the title. With that in mind we went out to Tenerife in January for 10 days so I could train as a ‘last chance’ get away before our new arrival. With the premature arrival of our daughter in late February I didn’t get on the water much in the run up to the first BSA event of the year in Marazion in April. At that point in time our little girl was doing very well but still in the neonatal unit. My in-laws kindly stepped in to support mother and baby whilst I headed down to the West Country for the weekend.

On the first day of the event we raced out beyond St. Michael’s Mount in rolling seas and I found it very therapeutic after the stresses of the previous months. The conditions suited me and I came away with the win, making the trip very worthwhile. That success inspired me to keep trying to squeeze in time on the water even when things were busy with family and work.

The rest of 2014 was a bit of a blur on and off the water but some of my windsurfing highlights were:

Going out as part of a team of six Brits to Croatia to take part in the IFCA Slalom Europeans in August. We raced just off the Zlatni Rat (Golden Horn), a sand spit that is one of Dalmatia’s most beautiful beaches and covered in sunbathers. As with every big competition there were highs and lows for different members of the team but luck was on my side and I came away with the trophy for European Masters Champion. The Croatian hospitality was second to none and the blueberry schnapps flowed freely after the prizegiving. The British team looked pretty green on the ferry back to the mainland at 6am the next morning.

Successfully defending the British Slalom championships. I got on very well with my 2014 Severne race sails and that was vital to my eventual overall success. The rotation was a step up from previous years and the power was immediate but controllable when I sheeted in on the new tack. It meant that on the racecourse I was able to attack at gybe marks and I won several key races after main rivals Kev Greenslade or Simon Cofield had led at the first mark.

The opportunity to talk to Patrik Diethelm at the National Watersports Festival and have some of the basics of board shaping eloquently explained to me. On a similar note a few weeks later I was fortunate to attend the Starboard dealers conference in Costa Brava and got the chance to quiz the team developing the boards and sails that I use. I always take any chance I can to soak up any information that might help me learn how to go faster on my gear.

Running some great Hayling Slalom sessions with enthusiastic sailors of all abilities including a guest appearance from Ross Williams.

The windsurfing lows were:

A miserable recurring experience over several months of trying and failing to overcome spinout when gybing my new iSonic 90 slalom board. It finally ended after a poor first day at a super windy Weymouth BSA event when I tried a new fin and the spinout problem disappeared and the board suddenly became a joy. It seemed that the particular (more upright) fins I’d used without problem in previous incarnations of the board were almost incompatible with successful gybing (in my hands!) with the new one.

The frustration of not getting out when the conditions were great and the rest of life was just too busy. I am looking forward to 2015 even if it will be another year snatching short sessions with a watch literally ticking down on my wrist. It is not as relaxing as the long sessions I used to spend on the water but it is amazing what a workout you can get in half an hour when lit on slalom gear. 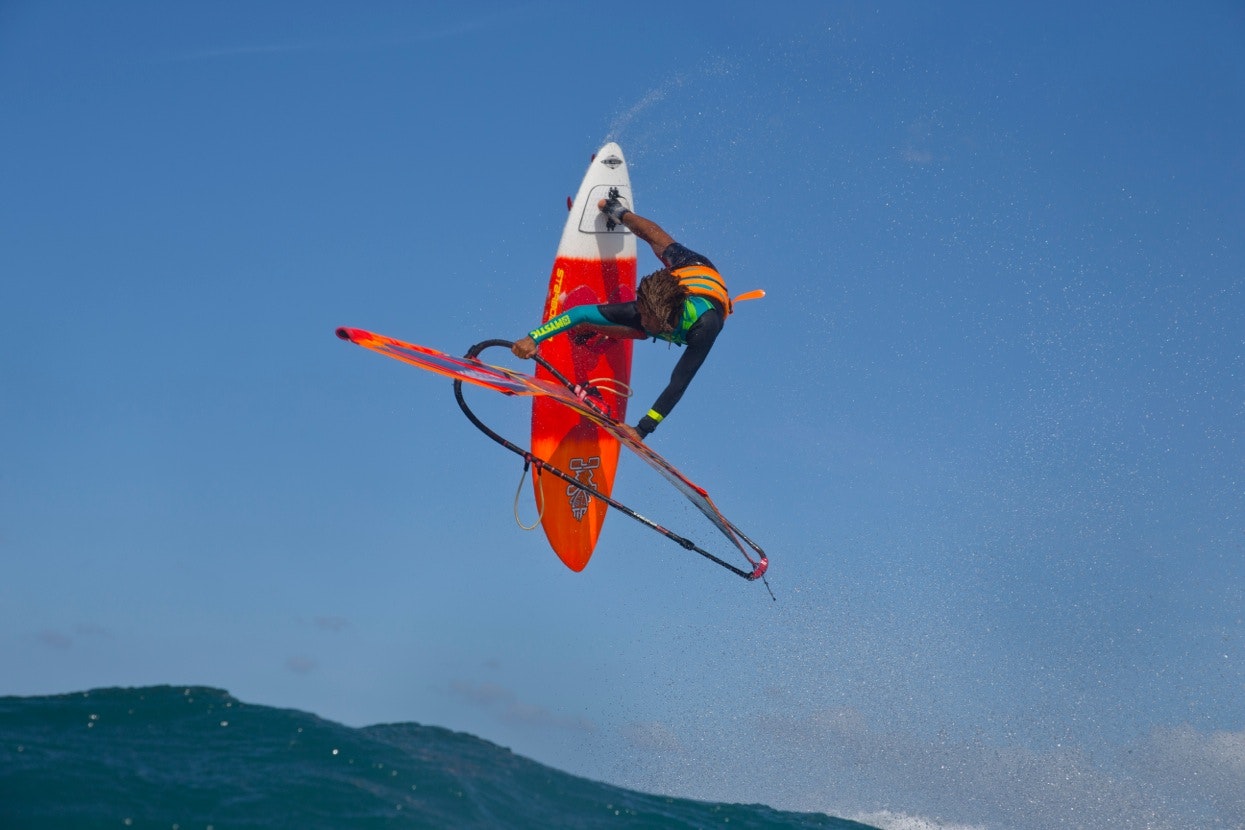 As we shared last month, Starboard have just launched their 2016 Wave and Freestyle Range, and now we’ve decided to dig a little deeper and find... We’ve got some cracking deals for you in today’s round-up, so if you’re looking for some new gear but don’t want to pay full price... Starboard announce the release of their 2016 wave and freestyle range… what do you think of next year’s upgrades?  https://www.youtube.com/watch?v=Tb-nf6GvDnU “With our 2016 Starboard Wave & Freestyle...

As we shared last month, Starboard have just launched their 2016 Wave and Freestyle Range, and now we’ve decided to dig a little deeper and find...

We’ve got some cracking deals for you in today’s round-up, so if you’re looking for some new gear but don’t want to pay full price...

Starboard announce the release of their 2016 wave and freestyle range… what do you think of next year’s upgrades?  https://www.youtube.com/watch?v=Tb-nf6GvDnU “With our 2016 Starboard Wave & Freestyle... Daily Round-Up 16th July - The Gorge and A New Signing

Today we’ve got news about two talented young British riders… Ben Page is doing what all good windsurfing medical students do for placement… make sure...

Daily Round-Up 16th July - The Gorge and A New Signing