Ant Baker shares a further report from Aberdovey, where the racing really was down to the wire.

Aberdovey, Wales is for me the furthest BSA destination from where I live on the south coast, so I always plan on travelling up the day before. With Nik away till late Friday, I was tasked with driving the ‘Black Mamba’ which is our technical and demo support vehicle. Inside the ‘Black Mamba’ are 25 of the latest Fanatic boards, geared up with 30 North windsurfing sails and that’s just in the back! Up the front we have a lounge/bed/meeting room where all our ideas are made, we take this vehicle to every comp and demo.

So, as I am such a push over, a fantastic husband and father, I let the wife (Natalie) come with me. We drove for over eight hours and eventually arrived to the beautiful town of Aberdovey, which is located on a water inlet on the west coast of Wales. Up to this date I have only ever been there when the weather has been perfect….. for sun baking and with the forecast looking good I was getting excited, so we checked into our little house that Boardwise has rented for us and went to sleep.

Saturday brought sun and wind, so great racing was going to be the order for the day. I rigged everything from 9.4 down to 7m, as the wind was supposed to build and because Dovey is on an inlet, the current is sometimes up to 10knots, so I imagined I was going to use the lot. Briefing done, suit on and gear at the ready we started full fleet, three bouy down wind slalom, for which I used the 7.8m North Warp12 and 113 Fanatic Falcon and C3 34cm fin. With beach starts I managed to win the first ahead races ahead of Fanatic/North team rider Simon Cofield, we had such a blast as the course it was nice and small so we had some awesome close racing. The following race was mental with All Action Jackson taking the win, he loves the strong choppy conditions!

After race three the tide changed and started to rush out, making it hard for the crew to lay the marks, so we had lunch where we all got to have a laugh about the racing we had had. Following the break I changed to a 8.6m and 140L Falcon and got back out on the course where things were heaps different, as it was now nice and flat. We started racing and the UK speed champ Kevin Greenslade who had a shocking morning took two bullets, just ahead of me but then in the last race he was over the line early ending he chances of winning this event. Against all my efforts Simon won the last race making my overall lead after two discards just one point!

I had an early night as there was a chance of wind the following day. This didn’t come to much, although we did get out on the water for some nervy light wind starts the wind never came and the sun stayed out. Lucky for me I did enough on Saturday to take the Boardwise/ NP / JP round four prize 🙂 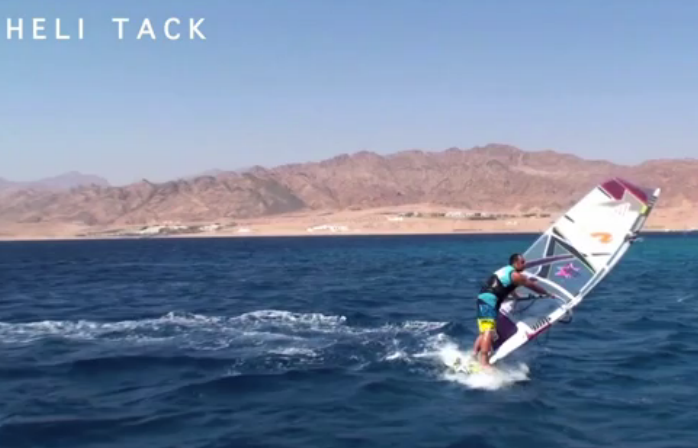 Ant Baker, of The Baker Academy guides you through the next move in his transitions series, the heli-tack.  Old school freestyle coming at you with the... 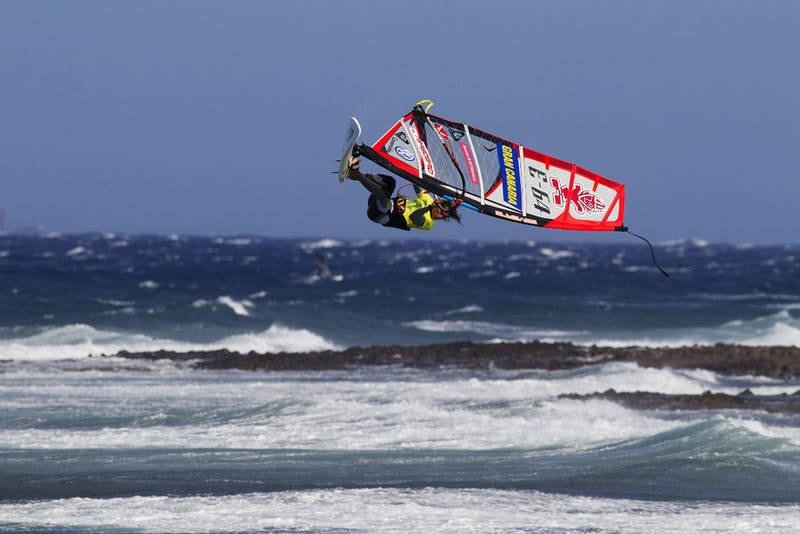 We kicked off this week with a whole load of event reports. Firstly Club Vass told us all about their first slalom competition, then we heard...

Ant Baker, of The Baker Academy guides you through the next move in his transitions series, the heli-tack.  Old school freestyle coming at you with the...

We kicked off this week with a whole load of event reports. Firstly Club Vass told us all about their first slalom competition, then we heard...