You might not be aware, but just over a week ago something pretty impressive took place. For the fourteenth year, Bude Holiday Resort and Roadford Lake were hosts to the biggest Student Windsurfing festival in the world: Aussie Kiss. The event is run by the Student Windsurfing Association (SWA) and has been a mainstay for the student windsurfing community since 2001. Since then, the event has changed location and format a little; but the general theme has been maintained: get as many students windsurfing in one place over one weekend as physically possible.

This time nearly 500 students took over the caravan park, tearing up the dancefloor and dominating the lake. It was once again fantastic to see so many people (both new and returning members) enjoying everything that Aussie Kiss had to offer. This year the event was blessed with a previously unrivalled audio entourage, provided by the one and only Red Bull and Concert Solutions. Think laser lights, smoke machines, a Funktion One sound system and DJs who had previously played for Radio One! Alex ‘Cuzo’ Mancuso of Duplex Sound headlined, supported by Sam Watson and Saxadan (aka Dan Connor from XPLG/Patrik Diethelm/Sailloft). Friday saw attendees arriving by car, van, minibus and even by coach. Through wind and rain they continued on and Bude Holiday Resort welcomed them with open arms. After settling in to their caravans, the new arrivals quickly descended on the club where they collected their free event T’s (printed by Supersaturated) and enjoyed Red Bull’s soundtrack into the early hours! After a big night, Saturday morning is always a traumatic affair; but the Aussie Kissers took it in their stride! As always, the SWA provided a wake-up call and a soundtrack for the morning while everyone collected their much needed bacon butties. Then, in keeping with the standard format; it was time to saddle up and move to Roadford.

Eager windsurfers arrived in their drones and huddled under the star tents. Then, without warning; the rain stopped, the wind came up and the sun came out…the perfect start lakeside at Aussie Kiss!

As with previous years, Saturday was mainly about the Beginners and clinics. Around 200 beginners received tuition from a dedicated team of SWA Instructors, who volunteered their time in exchange for a slightly cheaper ticket. Safety cover was coordinated by the SWA Committee and the team from Colwyn Bay Watersports with support from the staff at Roadford Activity Centre and ‘Stretch’. In addition, there was also a fantastic series of clinics aimed at a range of abilities run by industry sponsors including some of the finest tuned Club Vass has to offer and members of the SWA community. Those who weren’t doing lessons or attending the clinics enjoyed a stunning day of free-sailing and SUPing, taking advantage of the fantastic demo kit provided by Boardwise, Patrik Diethelm, Sailloft and the Tushingham crew, including some mega-SUPs from Red Paddle Co UK. Then, as the day wrapped up; it was time to return to Bude and don the fancy dress for the epic Aussie Kiss Fancy Dress Party! This year’s theme was Age of Discovery: SWA Rules the Waves. There were some interesting takes on the theme, some going nautical and others pushing the limits of exploration! There were Native Americans, Indians, Pirates, Aztecs, Antarctic Explorers, Men and Women from the Stone Age, Astronauts, Vikings and many more! Red bull did the club justice once again and the party continued until the lights were finally turned on somewhere between booze-o’clock and up-too-late in the morning!

Sunday morning was a similar story to the Saturday…although it was apparent that the majority were still in their fancy dress from the night before! Bacon butties collected, the whole event packed their bags and left Bude to head for Roadford for the second day of all things windsurfing. We also saw an action packed day of competition with the Freestyle competition getting enough wind to avoid using the tow and the inter-uni Team Racing.

It was a tough call between Aaron and Charlie in the final, with Aaron showing some incredible technical skill on the outside including Switch Konos, and Charlie entertaining the crowd with a host of moves on the inside, but ultimately Aaron topped the podium with Charlie winning the ‘showman of the day’ to consolidated his 2nd. Sara also deserves an extra mention, being the only girl in the competition she was the crowd favourite after winning her first heat against two skilled boys and her final performance showed why she has just been named 2015 Ladies British Wave Champion on the pro-circuit. The Team Race competition was fierce and conditions were challenging…it was windy again after all! After a number of heats, the victors were crowned. Southampton took 1st place followed by Birmingham in 2nd and Imperial taking 3rd.

Niko Bugelli from Liverpool was named as the Instructor of the weekend and Alice Lyons from Bristol was awarded the prize for Keenest Beginner for her outstanding progress on Saturday and Sunday. Niko won a free place RYA Instructor Course for another member of his club from Colwyn Bay Watersports, who were on hand to award the prize after a tough weekend of running the instruction, and Alice won £100 worth of vouchers to spend at Lagoon Watersports, a new sponsor to the SWA providing coaching and clinics in Brighton.

After prize giving, weary Aussie Kissers packed up, tidied up and hit the road to return to their respective corners of the UK…but not before one final farewell photograph: By all accounts, Aussie Kiss 14 was another resounding success for the SWA and there is no doubt that it has set the scene for another fantastic season.

Next up at the SWA we have our first ever double-header to cope with all the demand, where there will be the West Country classic PlymExe, a twin hosted wave event hosted by Exeter and Plymouth and a brand spanking new core event called Up the Brum, hosted by Birmingham. Both events will run from Friday 4th to Sunday 6th December and tickets can be found on the SWA website: www.swa.co.uk 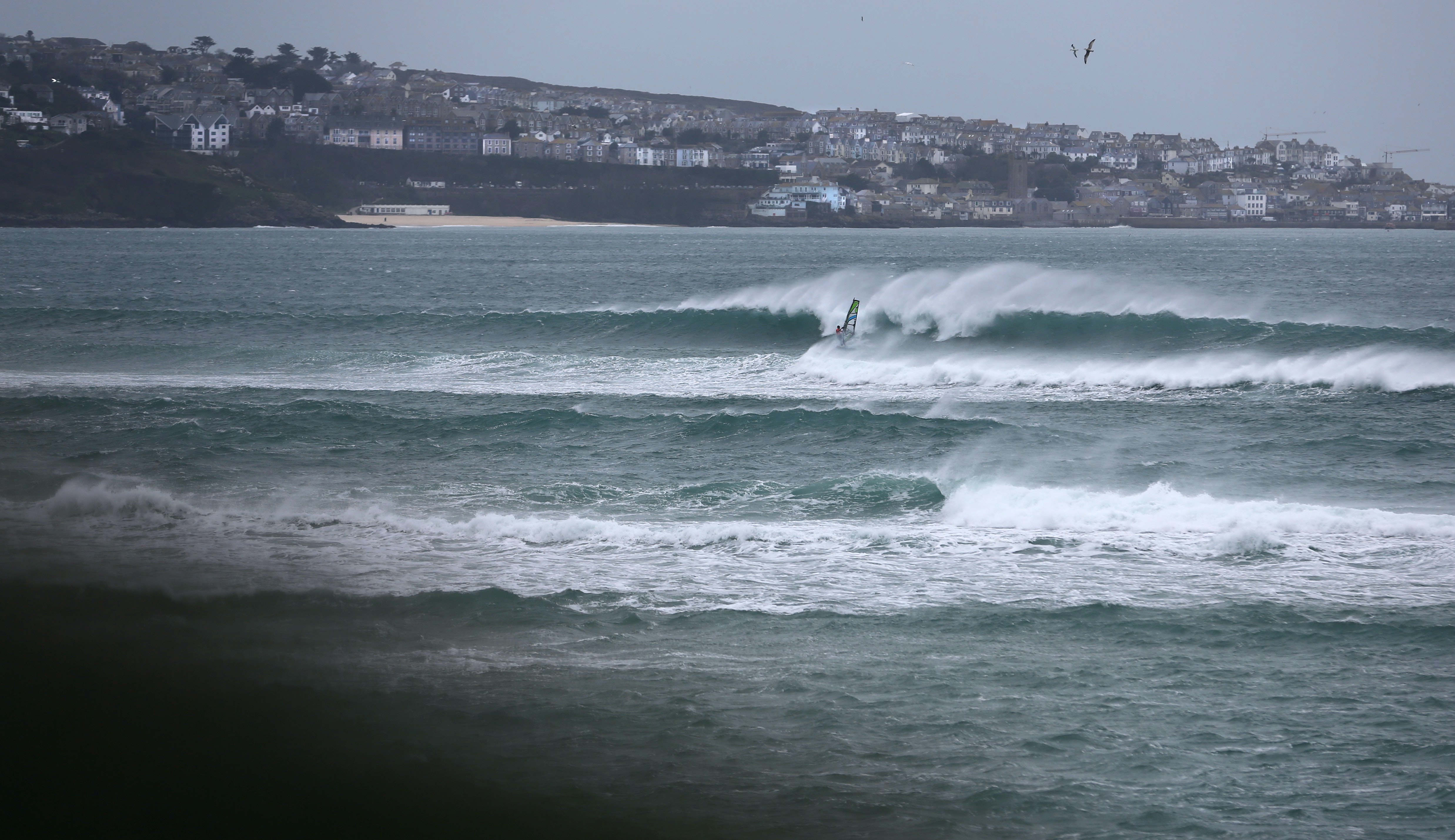