Kieran Martin and Saskia Sills sealed silver and bronze medals respectively on Saturday’s final day of competition (7 July), with Sills also claiming the gold medal in the Under 17 female fleet. The RS:X podium places are added to the bronze medal won by Georgina Povall at the 2012 Laser Radial Youth World Championship in Australia and the gold medal by Rupert White and Tom Britz at the SL16 World Championship 2012 in France, marking a fantastic end to the week for the RYA Volvo National Youth Squad.

Over the course of the six day regatta (2-7 July) which welcomed 61 RS:X boards in a mixture of conditions, Kieran Martin was in fine form from the outset in the RS:X Youth Boys class. The 17-year-old from Cheadle, posted a consistent set of scores across the 13 races including four race wins, heading into the medal race trailing seven points behind Poland’s Pawel Tarnowski.

With a resilient performance throughout the regatta, the Polish competitor dominated the medal race posting a bullet  to clinch the European title by some margin, with Martin joining him on the second step of the podium.

“It feels fantastic to win the silver medal!” said the 17-year-old Martin. “I am very pleased with my performance as I was very consistent across the week, which was key in winning the silver medal. I was also very pleased that when it was windy I was able to compete at the top of the fleet and finish within the top three as I am not usually the fastest in the breezy conditions.”

The 2011 Techno 293 Windsurfing World Champion and former U17 European Champion, continued: “Coming into the event my aim was to finish within the top five as I have placed in this event before. The competition was tough and the conditions were hard as every race you had to work very hard, and everyone had a good standard of fitness, so it was difficult to match and beat that.”

Martin, along with Sills, will now head onto Dublin to join up with the RYA Volvo Team GBR squad in preparation for the ISAF Youth Sailing World Championships 2012, where Martin believes he has gained a useful insight into his competitors who he will be racing against next week in Dublin Bay.

“This week has been great preparation for the ISAF Worlds as I will be racing against most of the same people, so I have now learnt how to sail against them. A place where I can improve on is one-on-one racing, but my confidence is a lot higher now as I know I can do well and finish in the top three.”

In the girl’s RS:X event, Saskia Sills, who was competing internationally for the first time at an RS:X regatta, also had a consistent week not dropping out of the top five across the six days of racing. With first and second out of sight heading into the medal race, and the U17 European title in the bag with a day to spare, the 15-year-old had a fight on her hands against Basia Dmuchowska from Poland for the a place on the seniors podium.

After a stressful start to the medal race after suffering a brake to her batten, Sills refocused her attention and finished in sixth in front of her Polish rival which was enough to clinch a hard thought bronze medal. “I am very new to the RS:X board and one of the youngest in the fleet so to win the bronze medal and the U17 gold is such a good result for me. I have always looked up to the girls I raced this week thinking I would never be their standard, so it feels great,” said Sills.

“I went into the event with no expectations as it was a learning regatta for me going into the ISAF Youth Worlds. It was a very tough week as they weren’t our usual UK conditions so I was a bit out of my comfort zone. But when we did have some wind I was happy with my speed and my racing, it has given me confidence going over to Ireland, especially if we have some proper English weather.”

With Estonia being Sill’s first experience of competing on foreign waters on the RS:X board, the 15-year-old from Cornwall insists she has learnt a huge amount which she can take forward into future regattas.

“Dealing with the new equipment was a big learning curve at the event as it’s more of a physical class than the Techno. I also didn’t realise how much I had to eat to keep my energy levels high. I now have a clear nutritional strategy for the ISAF Worlds and have learnt that the front people are beatable.

“One of my goals was for my starts to improve throughout the week and they did so I’m really happy with them now. I’m pleased with my performance and how I’m sailing, over the next few days I will be getting used to venue out in Ireland and resting ready for the start of the ISAF Youth Words,” concluded Sills.

For more information on the 2012 RS:X Open Youth European Windsurfing Championships and for full results visit the event website.

For details regarding the RYA Volvo Youth Racing programme or for further details on future regattas, please visit the Youth Racing section of the RYA Website 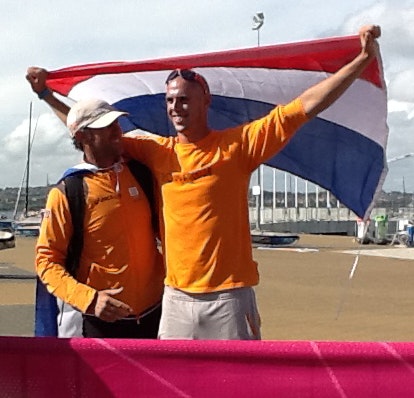 It is not often that we see pure sporting dominance, the Olympics being the catalyst for many incredible performances and pushing athletes to their optimum...

It is not often that we see pure sporting dominance, the Olympics being the catalyst for many incredible performances and pushing athletes to their optimum... Boards at the Olympics: Day Five

After a thrilling day on the water it’s crunch time for the RS:X racers. Tomorrow brings the last two full fleet races, with the RS:X...

Boards at the Olympics: Day Five Boards at the Olympics: Gallery

A selection of images from on and off the water in Weymouth on 2nd August. All images © Adam Duckworth / Boards Magazine.

Boards at the Olympics: Gallery