The PWA (Professional Windsurfers Association) World Tour is well under way for 2015, with the freestyle in Leucate already over, the Podersdorf freestyle mid-way through and the slalom in Korea starting today!

There are of course a good few Brits competing in these, and even more that will be part of the wave fleet at the first wave event in Pozo in July. Ross Williams will be flying the flag for the UK in Korea, as he will battle it out with the best slalom racers in the world.

In Leucate it was the the young Nic Hibdige who finished 17th and top Brit, with Max Rowe close behind, followed by Adam Sims and Jamie Howard. This level of the PWA freestyle is insane at the moment, with the whole fleet capable of pulling off the very top level moves. This means it’s more and more down to your heat draw and making sure that you are the one that can pull of your moves consistently. Nothing new there, but it does mean that the results this year could be even closer and that everyone will have to be on top of their game, all the time, to be in with a chance of a top 10 finish. Now in Podersdorf the freestyle guys have completed some tow-in and are waiting for more wind for the single, and the Brits are joined by Andy ‘Bubble’ Chambers who missed the first event due to ‘work commitments’ in Maui!

Our sister site, Boardseeker have posted a whole host of video clips from the tow-in, here’s a couple of our favourites so far, plus Steven van Broeckhoven landing the world’s first Shifty! 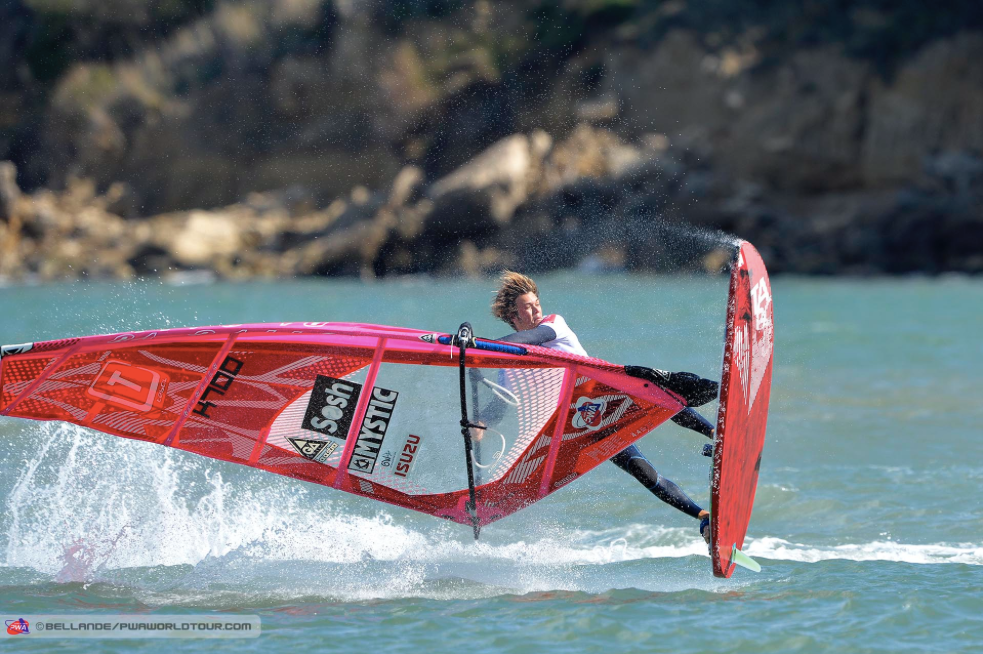 The first PWA event of the year is now taking place in Leucate, where the top male freestyle windsurfers from around the world are coming...

The first PWA event of the year is now taking place in Leucate, where the top male freestyle windsurfers from around the world are coming...