Last weekend the next round of the BSA Slalom series took to Weymouth, where scores of pro and amateur racers pitted their wits against each other and the conditions.

It was Ross Williams who took the victory in the pro fleet, with Si Cofield in second and Sam Latham mixing things up with the big boys in third. Over in the amateurs glory went to Leigh Kingaby, with Tim Gibson in second and Simon Langley in third.

A special mention goes out to RS:X racer Nick Welsh who stood out as one of the best amateurs, earning himself a brand spanking new Black Project fin and a team deal; nice one Nick!

More details to come from the event organisers very soon, but for now check out the pics and full results in the gallery below… Luck of the Irish

Last weekend the Irish Slalom Series took over a very windy Bantry, from the look of these pics they had some fantastic racing in the...

Luck of the Irish 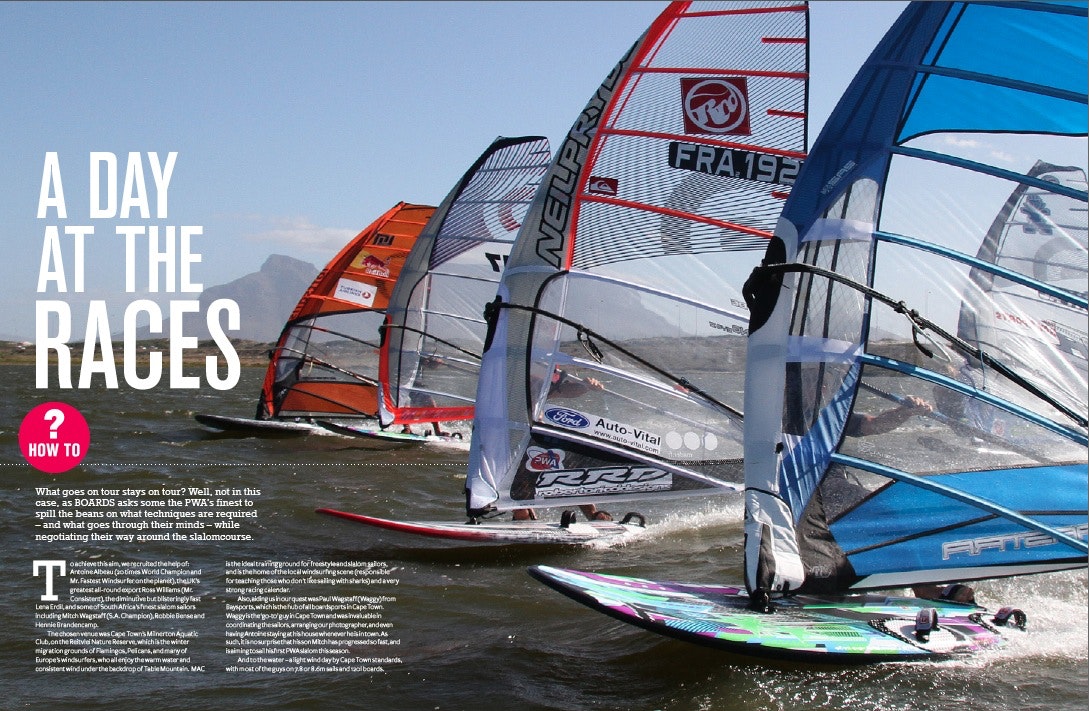 Learn To Slalom Race With The World's Best

What goes on tour stays on tour? Well, not in this case, as BOARDS asks some the PWA’s finest to spill the beans on what...

Learn To Slalom Race With The World's Best