With the medal race soon to start, check the latest from the RS:X ISAF Mens Worlds right here… 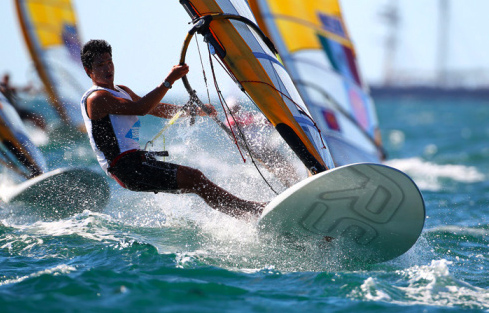 Just one point separates world number one Myszka (24) and  van Rijsselberghe (25) ahead of Sunday’s Medal race.

Race 9 and 10 on Saturday produced mixed results, and slightly shuffled the top 10.

The first race of the day was marked by two things; a constant divide of athletes and a consistent top three that lead for much of the race.

Andreas Cariolou (GRE) took a third of the sailors to the left, while Tom Ashley (NZL) lead the remaining two thirds right.

After another split, Elliot Carney (GBR) sped ahead, warding off teammate Nick Dempsey while Greece’s Byron Kokkalanis was tailed by Miarczynski.

Dorian van Risselberghe appeared to be lost in the crowd for much of the race, but in a dramatic turn of events, began to overtake his rivals. First, Cariolou, then, Santos.

But despite van Risselberghe’s efforts, he couldn’t gain enough pace to outdo Ashley and Myszka.

Ashley spent most of the race well out in front, but Myszka caught up to cross just one second later. That win saw Ashley move from 9th to 5oth overall.
In race 10, no-one could come between the two Polish sailors Myszka and Miarczynski.

“It was hard on the last race; I think I’m a bit slower on the port on the upwind so I was afraid Piotr (Myszka) was going to catch me there,” Miarczynski said.

“But finally, I thought, I have nothing to lose and went on the other side – to the downwind. I was behind him on the end just before the gate and finally I got the gust and I caught him.”

Van Risselberghe once again started poorly, but in the second race of the day he didn’t recover.
“Bad luck today,” he said on returning to beach at Bathers Bay.

The Medal Race will see another tough competition between the top three.

“I think I have already won a medal so tomorrow (Sunday) I will try and defend my first place title,” Myszka said.

The Medal Race for the Men’s RS:X World Championship is scheduled to start at 1510 local time on Centre Course on Sunday 18 December. 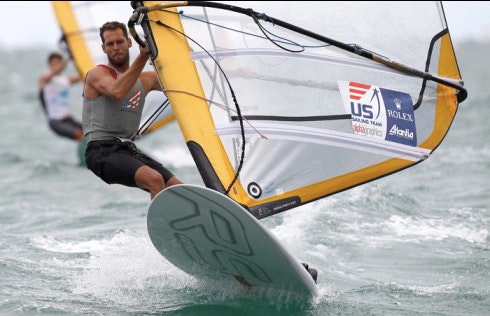 The latest from the RS:X Mens at the ISAF Worlds in Perth, for full results check the link at the bottom of the page… Israel’s ... 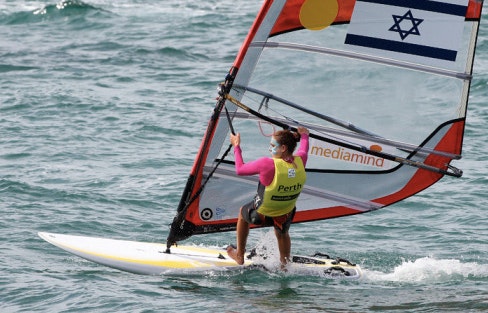 On the last day of the Women’s RS:X ISAF Worlds, hundreds lined the shores to witness the final medal race showdown. Lee Korzits (ISR) is the... The latest from the RS:X Mens at the ISAF Worlds in Perth, for full results check the link at the bottom of the page… Israel’s ...

On the last day of the Women’s RS:X ISAF Worlds, hundreds lined the shores to witness the final medal race showdown. Lee Korzits (ISR) is the... The Phantom 295 is the new all-in-one international windsurfing class supported by Starboard, with events held around clubs, centres, schools and championship events, coordinated by...