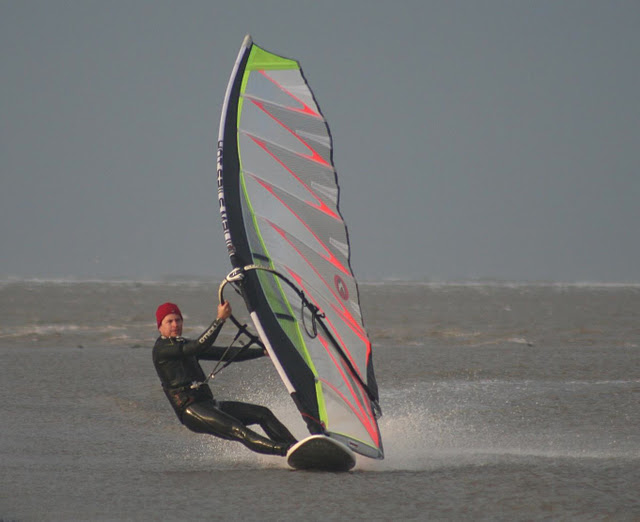 We are very pleased to announce that leading UK racer Jon White GBR-720 has signed for Hot Sails Maui (UK) for the 2012 season. Jon who has been at the forefront of the national and international raceboard circuit for a number of years has decided to change codes and compete on the challenging BSA circuit this year. As part of his training he has been putting in some time at West Kirby with plenty of input from team mate Martyn Ogier and has recently started an intensive training scheme aimed at adding bulk as the physical needs of a slalom racer are rather different from that of a raceboarder in light winds!

Jon is also sponsored by: Starboard, Black Project Fins & Dutton Law, you can follow his movements on Twitter (@jongbr720), he will be using the GPS together with our Hot Rod 97% Carbon masts.

We wish Jon the best of luck for the season and look forward to following his progress.

Julien Mas, who seems to be sailing at an incredibly high level in his recent videos, not only stars in this edit but also caught...

Julien Mas, who seems to be sailing at an incredibly high level in his recent videos, not only stars in this edit but also caught...