Dutchman Bjorn Dunkerbeck lived up to his legendary status by winning Western Australia’s Ledge Point to Lancelin marathon today, finishing 44 seconds ahead of his nearest rival Chris Lockwood from Perth.

Dunkerbeck, 41, said he had a great race, finishing in 33 minutes 11 seconds, and choosing the right equipment this year helped him over the line.

“Last year was my first time in the Lancelin Ocean Classic and I learnt a lot.  I knew with the right equipment I would have a good chance at winning.

“The conditions were similar to last year and in the first leg I was fighting with Dan (Daniel Engdahl) for the lead on the way to the first buoy.

“On the second buoy the wind picked up and I managed to grow my lead.

“It’s a great race, all about long distance and tough conditions and if I can be back here next year I will for sure,” Dunkerbeck said.

At last count Dunkerbeck holds an incredible 40 world titles in the sport so coming second was a huge success for Chris Lockwood.

The 25km downwind marathon race started with 215 registered competitors and 197 starting. Strong contender for the event Peter Volwater did not start the race.

Conditions in Lancelin were perfect today with 26kn winds and a 2.5m swell.

Third fastest in the marathon was Jesper Orth, who was competing in his 11th Lancelin Ocean Classic.

“It’s great to be here again.  This race is pure enjoyment and the competition again provided top racing,” Orth said.

Switzerland’s Karin Jaggi was the fastest woman across the line at 38 minutes 8 seconds, keeping her reputation as world’s best female windsurfer intact.

“It was a tough race again and the last two legs felt really long.  I’m pleased with my finish, it’s always good to race with the guys and it’s not just about speed but also about being able to last the distance,” Jaggi said.

Daniel Engdahl managed to retain his fourth placing from 2010. First youth across the line was Matthew Gwynne.

The race follows a set zig-zag course of eight legs down the coast, with anchored crayfishing boats acting as marker buoys, starting at the beach at Ledge Point and ending at the beach outside the Endeavour Tavern in Lancelin.

The biggest enemy for competitors is fatigue, and other challenges include the crowd of sailors at the start, reef, and just being able to navigate the buoys through the swell.

Many competitors will celebrate with a cold beer at the Endeavour Tavern at the end of the race – but not all as several of the elite racers are competing in the wave sailing competition held over due to yesterday’s light wind conditions.

Top contenders in the wavesailing include last year’s winner Perth’s Ben Severne.  Severne said his biggest threat in this year’s competition would be 20-year-old Jaeger Stone from Geraldton, WA.  Past winner and European Champion Peter Volwater will also be tough to beat.

The Lancelin Ocean Classic wraps up on Sunday with the high-speed Slalom events.

Presented by KineticIT, The Lancelin Ocean Classic has been held since 1986 and is Australia’s longest-running windsurfing event. It is made possible thanks to the enthusiastic Lancelin community, Eventscorp, Bendigo Bank, Endeavour Tavern, Shire of Gingin, 92.9, and a team of dedicated volunteers. 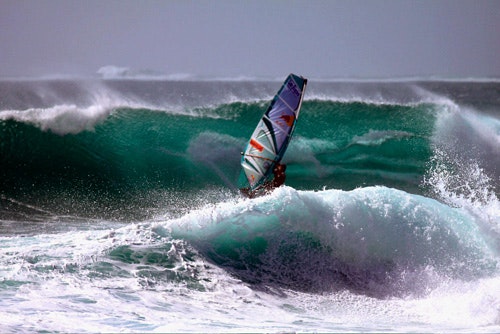 The Fuerteventura Wave Classic (8-18 February 2011) talk to Bjorn Dunkerbeck, who is now confirmed to attend… FWC: You are...

The Fuerteventura Wave Classic (8-18 February 2011) talk to Bjorn Dunkerbeck, who is now confirmed to attend… FWC: You are... 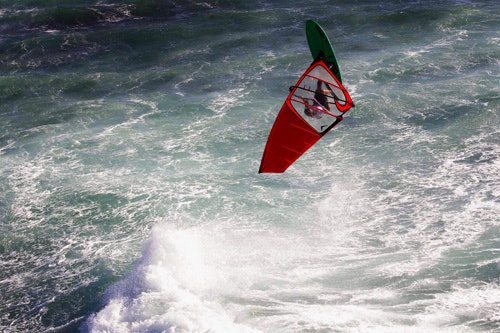