Windsurfer turned SUPer, Doug has been exploring the Scottish Highlands and coming back with some incredible images.

It still winter in the west coast of Scotland  Judging by the amount of ski days I am sharing with my friends and family in Glencoe, I find it hard to peel off jackets and hats and don a wetsuit and jump in the water. However, a few weekends ago i decided to stick the new SUP in the van and go for a paddle on Lochan na h-Achlaise in Rannoch Moor. I have often wondered when its really windy that it would be a great flat water windsurf spot… I managed to quickly get off the hill and drive to the loch and get a short paddle session in the dying light. I now realise why it’s not a great windsurf spot as it’s shallow and there are rocks everywhere…

The decision to get a SUP was pretty much a no-brainer for me. In between work occasionally getting in the way of my social life, I pretty much spend the weekends either chasing a windsurf forecast or up in the mountains when its a little colder. For me, coming from a windsurf background, the SUP seemed like an essential addition to the quiver and it will be on top of the van no matter where I go this year.

The second SUP outing was almost a repeat of the first. However, Lochan na h-Achlaise was frozen. So I dropped down in altitude to Loch Tulla, close to Bridge of Orchy. I quickly jumped out the van, stuck on a beanie, rashie and a pair of boardies and went into the water. I have windsurfed for years in Scotland and have experienced cold feet. However, the water must have been on the verge of freezing as I had instant foot pain.

I paddled out on the board and managed to get some really good shots with the sun setting over the hills way in the distance. This was to be probably the shortest SUP session ever though as the cold took its toll on my feet. It took me about a good hour to get feeling back! Definitely not a day for boardies and bare feet!

The third and latest SUP session was at the weekend just past. It was almost a longboard session until I decided to return to the flat to get the paddle – If its not the paddle its the bloody windsurf harness, the classic piece of kit to forget! On Saturday, there was sign of a small swell at St Andrews East. 2-4ft 9secs, worth a look I thought. It was a fantastic day with no clouds to be seen and light offshore breeze. However, the swell didn’t seem to be as big as forecast. Despite this, I stuck on the wetsuit and went for a paddle. The Loco 9’5″ seemed more than anything like the right size for me. I was getting the hang of the paddling and catching the small surf and riding it into the beach. Even managed a slight turn before the waves decided to turn into mush! I surfed the thing until the sun got low and we both got a little cold. I am definitely hooked now and am currently scanning magicseaweed for the next opportunity.
Its going to be a good summer exploring the west and east coasts of Scotland  the outer Hebrides and the now annual Tiree trip which has to be done! Watch this space for more shots from our travels….
Words & Photos by Doug Paton. Find out more about Loco SUP here.

Tez Plavenieks is a freelance action sports journalist and digital content manager who lives and breathes saltwater, sand, wind and a little bit of hop... 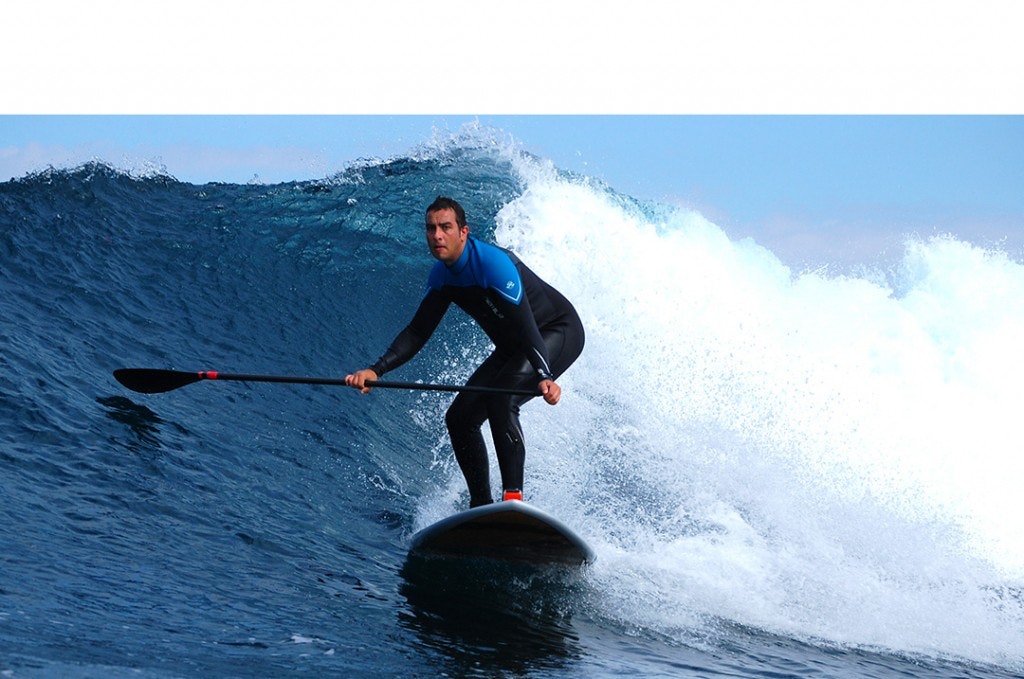 Loco SUP share some if their top tips on what to look for if you’re venturing into the SUP surf world… 1) Don’t go too small...

For those looking at getting into SUP surfing for the first time, or for those wanting to improve their existing skills, check out these top...

Tez Plavenieks is a freelance action sports journalist and digital content manager who lives and breathes saltwater, sand, wind and a little bit of hop...

Loco SUP share some if their top tips on what to look for if you’re venturing into the SUP surf world… 1) Don’t go too small...

For those looking at getting into SUP surfing for the first time, or for those wanting to improve their existing skills, check out these top... Boards catches up with ISA SUP World Championship competitor Andre Le Geyt to see how he and the team are getting on in Peru.  Day 2  Day...