On Saturday 17th more records were broken as the riders in Ludertiz were treated to more fantastic conditions on the canal. Top news for the Brits is of course that Farrel O’Shea improved his UK record again to 48.82 knots, whilst Zara Davis took the women’s world record up to 45.83knots.

Before recapping on the full results Boards caught up with Zara Davis to find out more from the World record holder.

Boards: How has Ludertiz been so far?
ZD: It has been fantastic, much better than anticipated. I came here in 2010 and the old canal was not great; this new one is a speed windsurfers dream.
Boards: What records have you broken?
ZD: I came here with the belief I could break Karin’s record from 2005 in St Marie de la Mer of 41.25 knots, but I hoped to take the record to over 43 knots on my new equipment. I was blown away on the  1st proper windy day by breaking Karin’s record on 1st run, I then really dialled into the run and my equipment and hit 44.19 which is the women’s world  windsurfing record and as it was done on my new Mistral 41 speed board, so it’s also the women’s production record as well. I have now broken the records a couple more times, it currently stands at 45.83knots.
Boards: On the record breaking runs did you know how fast you were going?
ZD: It felt really fast at the top of the course and really smooth then I had a strong gust towards the end that really lit up the board. My GPS then confirmed I had peaked at almost 47 knots and the 20 seconds showed almost 45 .
Boards: What is so special about the canal, how does it feel to sail there?
ZD: It’s warm for a start! Most of the speedsailing in Europe is done in the winter in cold wet conditions; the average temperatures here being about 20 degrees is a real bonus. The run is narrow about the width of a single track road and set at 144 degrees to the prevailing wind. Once you are on it it feels very fast, rolling chop has been an issue when the wind really blows but with the right board and fin you can hold it. It’s all over in about 20 seconds so your adrenaline is in overdrive.

Boards: How much faster do you think you can go? Do you think there’s potential to take the record even higher now?

ZD: Not sure, as my previous expectations have been somewhat exceeded. I think now if we get a stronger day than we have had I can get on smaller board and sail. So far I have only used my biggest kit, the 41 Mistral and my Simmer 5.5. If I can get lit on my 5.0m and the 37 wide board then 46-47 is possible here I think.
Update of records broken:
Antoine Albeau 51.69 knots – New World record.
Anders Bringdal – improved the Swedish record as well as the World Record on production boards with 51.34 knots.
Patrick Diethelm – New Swiss Record: 50.49 knots.
Jurjen Van der Noord – joined the 50 knots club reaching 50.41 knots.
Cédric Bordes reached 50.17 knots.
Farrel O’Shea improved his British Record today with 48.82 knots.
Mark Grinnell from South Africa and Matthias Rottcher from Namibia were still fighting for the African Record in Windsurfing, improving both of their National Records in the discipline:
Mark: 48.86 / Matthias: 47.34.
Zara Davis takes women’s world record to 45.83.
Lena Erdil is catching her though, taking her personal best to 45.74.
Christian Bornemann who has broken the German record in Windsurfing is now getting closer to the National Multi-discipline Record (46.26 kts) with 46.18 knots followed by his countryman Dieter Gerichhausen who has also improved his speed today with 44.69 knots.

Earlier in the week Boards reported that Zara Davis would be on BBC Points West, talking about her incredible World speed record and now as... 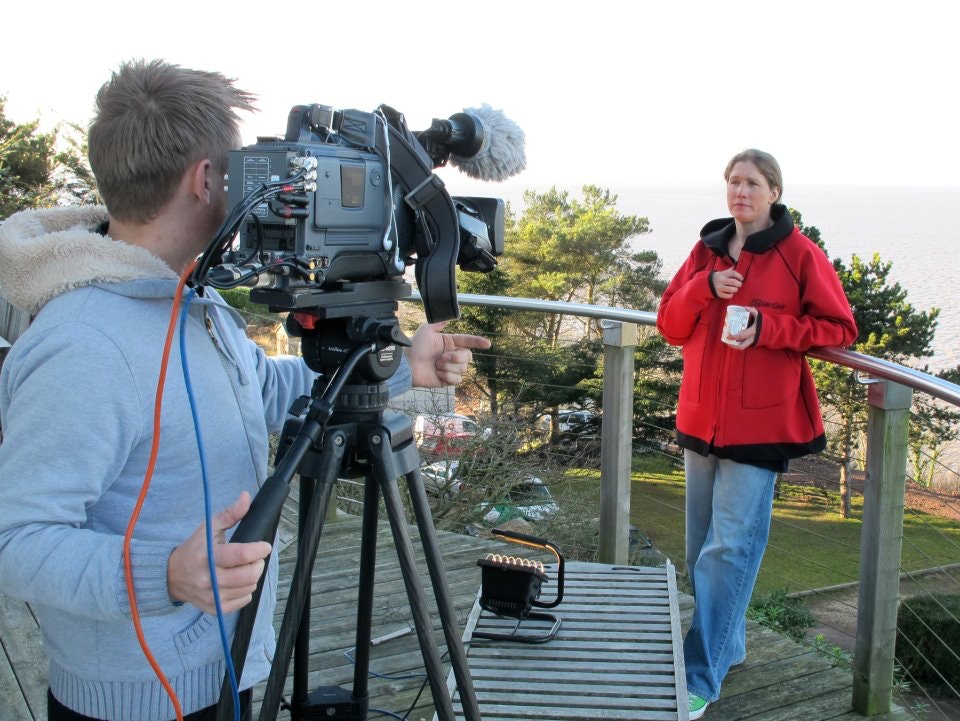 Following her success in Luderitz, Zara Davis has now been interviewed by BBC points west! The interview with the women’s windsurfing world speed record holder...

Earlier in the week Boards reported that Zara Davis would be on BBC Points West, talking about her incredible World speed record and now as...

Following her success in Luderitz, Zara Davis has now been interviewed by BBC points west! The interview with the women’s windsurfing world speed record holder... Luderitz Speed Challenge 2012  may be over for windsurfers for this year but there’s still plenty of action to be mopped up. Check out this awesome...