Facebook has been awash over  recent weeks with well wishes for windsurfing’s original guru Peter Hart, who suddenly found himself in Intensive Care for 6 frightening days. It started with a cut foot, which took a while to heal (typical windy scenario). Then just as he was heading off to Ireland, his leg swelled to twice its size and his liver and kidneys started to shut down – never a great sign – thanks to full blown septicaemia. Luckily they got him on the right antibiotics in time. On the incident Peter said: “the best bit is the consultant said I pulled through because I’m so young, which I’ve asked for in writing!”  He took one for the team, as they say, as throughout his forced rest it’s been relentlessly windy. But the stitches are out now, and he’ll be back on the water soon. More at www.peter-hart.com

Dave White caught up with Peter at home last week to bring us this film… http://mpora.com/videos/hxx0KnFu6 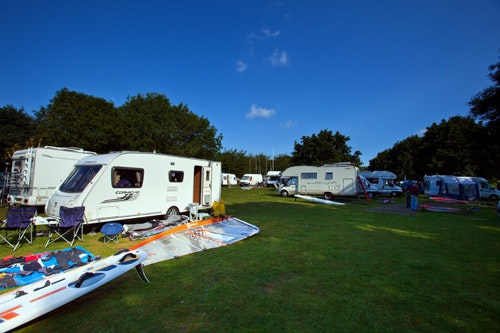 We’re expecting results from last weekend’s racing extravaganza at Rutland Water very soon, as the Midlands played host to round 3 of the UKWA Inland... Sportif Clinics – Progress with the Best

If you’re thinking of joining one of Sportif’s Clinics from the best professional coaches out there, don’t delay, spaces are going fast. Simon Bornhoft has...

Sportif Clinics – Progress with the Best