Pitsford Water will be the stage for this year’s RYA Team15 Champions Cup, held over the weekend of 9-10 October at Northampton Watersports Centre.

Inter-club challenge series’ are held in every one of the 10 Team15 regional zones throughout the summer and it is the triumphant club from each of the regional series’ that will descend on Pitsford Water this autumn in a bid to claim the National crown.

Gillian Wright, RYA National Windsurfing Development Officer, said: “The Champions Cup provides the ultimate goal for Team15 clubs. It is the only kids’ team championship event that exists for windsurfing and it is a friendly, family event with fun competition.

“Pitsford Water has a fantastic feel to it, which we felt would suit the atmosphere of the Champions Cup. The facilities looked great and the staff were extremely friendly, helpful and accommodating.”

Local Team 15 club, Pitsford Pirates, narrowly missed out on making the Champions’ Cup final last year but Jon Sweet, RYA Onboard Development Officer for Northamptonshire, insists the Pirates will be doing everything in their power to battle for the trophy on home waters.

Further details as to how you can get involved in Team15 can be found at www.team15.org.uk

The Techno Steering Group is organising open training aimed at all T15 sailors across all the regions this summer These events are at: Llandegfedd Reservoir, Sat 15th...

It was the RYA’s South Zone who walked away basking in the winners glory today (9 May) as the 2010 RYA Eric Twiname Championships came...

The Techno Steering Group is organising open training aimed at all T15 sailors across all the regions this summer These events are at: Llandegfedd Reservoir, Sat 15th...

It was the RYA’s South Zone who walked away basking in the winners glory today (9 May) as the 2010 RYA Eric Twiname Championships came... 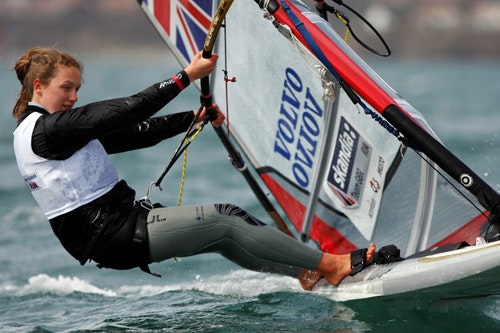 It was a hat-trick for Hamilton and a whole raft of well earned victories for the cream of Britain’s sailing talent yesterday (April 9) as...