FREESTYLE WORLD CUP Event Preview: The cool calm coast of the Caribbean is set to light up as the cream of the PWA’s male and female contortionists head over to Bonaire for a five-day freestyle frenzy.

The breathtaking Sorobon Beach will play host to the world’s most talented freestylers as they embark on a five day battle to decide who will claim the islands king and queen freestyle crowns. This event will mark the opening of the female freestyle world tour and take the men into round three.

Lac Bay, Bonaire provides the perfect playground for many of the world’s best to learn the latest moves in between contests. Crystal clear waters and consistent trade winds alongside the relaxed Caribbean lifestyle make it a glorious spot for windsurfers of all abilities to hone their skills.

An explosion of combined aerial and sliding manoeuvres, the freestylers will spin their way through man-on-man heats where only the most outrageous and elaborate moves will allow them to make it into the next round. The most stylish, technically difficult and diverse moves will decide whether they have out-performed their opponent. Expect to see emotions running high as the sailors fly, spin or cry their way through the competition.

Five days of fast-paced action will see the 48 entrants fight their way through single and double elimination ladders for a taste of the €45,000 prize purse. Along side the prize money crucial points towards the overall tour rankings will be decided depending on each sailor’s position in this competition.

Having put in an outstanding performance this season Kiri Thode (Starboard / Gaastra) is sitting at the top of the overall rankings. As the competition moves over to his home spot he is likely to be entering round three with a serious advantage, the action is set to be incredible as he will certainly be making use of his local knowledge in order to maintain his position at the top.

Hot on his heels, four times world champion Jose ‘Gollito’ Estredo (Fanatic / North) is unlikely to sit complacently in second place. Having suffered slightly due to Podersdorf’s cold water, he will be looking to return to the Caribbean leg of the competition with a vengeance, and assert himself back at the top of the pack.

Lac Bay has seen freestyle wizards, Taty Frans (Starboard / MauiSails / Mystic) and Tonky Frans (Tabou / Gaastra) blossom from beginners to international superstars; these two know this spot like the back of their hands. They are going to be extremely hungry to entertain the crowds and take the podium spots for themselves on their home turf.

Having broken the mould in Podersdorf, Steven Van Broeckhoven (F2 / Gaastra) and Davy Scheffers (Tabou / Gaastra) have proved they own the ability to take down the worlds best. With the taste of victory still fresh in their mouths, they will be looking to continue their rampage at the top of the ranks and take home some more trophies.

Three times world freestyle champion and slalom racer extraordinaire Sarah-Quita Offringa (Starboard / Gaastra) will be putting down her race watch and picking up her freestyle fin, in order to compete in Bonaire and make her mark on the 2011 freestyle tour. Famous for her explosive style, she is likely to put on a spectacular show in order to defend her title for the fourth year.

2010’s freestyle runner up Yoli de Brendt (Fanatic / North) will return to the tour more fired up than ever before, after a winters training she will want to claim this year as her own. However it’s not going be an easy battle with experienced competitor Laure Treboux (Fanatic / North) hot on her tail. Treboux has consistently secured places within the top three throughout her freestyle windsurfing career.

Arrianne Aukes (RRD / Simmer) made her opening performance on the freestyle tour in 2010. Having spent the winter working hard in both Brazil and Bonaire, she is likely to be stronger than ever on the water, and she certainly won’t be afraid use her time training in Bonaire to her advantage.

2011 sees a number of fresh faces entering the female freestyle fleet. Mio Anayama (NeilPryde) and Maxime van Gent are ready to bust their moves and represent their countries on the world tour. Maxime will make her debut as the youngest girl on tour at only 15!

As the competition clock counts down to zero the pressure is sure to be mounting on the island of Bonaire. Make sure you stay tuned from 12th June, as the sailors astonish the judges with their mind-blowing repertoires and wow the crowds with their gravity defying stunts. The forecast is looking like its ready to rock, standby for unforgettable action with a Caribbean twist.

The PWA is proud to announce that the entire 2011 PWA Bonaire World Cup will be streamed live via PWA TV on www.pwaworldtour.com. Weather depending, coverage of day one of competition is scheduled to begin at 12:30pm Sunday 12th June (UTC -4), when the freestylers will take to the water.

For more information on all the entrants, and to keep up to date with every piece of the action, click on www.pwaworldtour.com Here you can use our: - Live ticker service for heat-by-heat bulletins - Check live elimination ladders - View results - Read daily news summaries - Browse awesome action photo galleries - Follow the event live, with top class commentary from pros and industry insiders.

There’s also a dedicated event website which can be found at www.pwabonaire.com 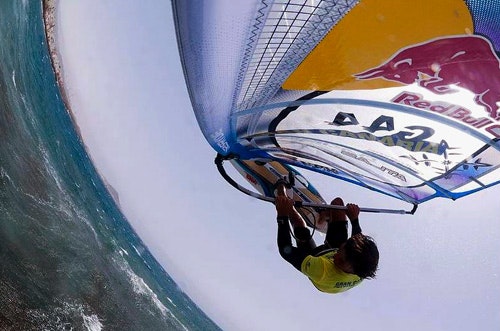