Brace yourself for the ultimate wavesailing finale at the world-renowned reef breaks of Ponta Preta and Little Ho’okipa!

The PWA is proud to announce that the 2010 men’s wavesailing final will take place on the island of Sal, Cabo Verde from the 15th through to the 23rd November. And, will once again take the form of a roaming contest in order to make the most of the best possible conditions on offer.

Following three years of successful events on the island at the beginning of the competition season, the decision was made to move the event to the end of the world tour circuit in order to showcase the very best talent on the planet battling it out at one of the world’s most hardcore spots, with the results being crucial for the year end ranking, and the crowning of the world champion.

High profile resident, and two times PWA world champion, Josh Angulo (Angulo, Gun) has played an instrumental part in making this incomparable wave final happen along with the event’s main sponsor the Cape Verdian Investment Agency. And, despite Angulo announcing his retirement from official PWA wave competition last year, he’ll no doubt want to make a one off appearance to bust out some of his notoriously high one handed aerials in front of his home crowds!

With just 32 places available, the second this news hits reef breaks across the globe, the PWA will be inundated with emails from the world’s most radical unseeded wave sailors who’ll all be eager for a wildcard position. These could potentially be filled by the most insane riders including former world champions, Jason Polakow (JP, NeilPryde), Francisco Goya, and Scott McKercher, starboard tack Ho’okipa legend Levi Siver (Dakine, MFC), board shaping master Keith Teboul (MFC), and many, many more… There have even been some rumors that the father of modern wavesailing, Mark Angulo may show up to ruffle some feathers.

The old guard won’t have it easy though, they’ll have to fight it out with the new cream of the crop including three times world champion, Kauli Seadi (JP, NeilPryde, MFC) who already has one Cabo Verde victory under his belt. Current tour leader, Victor Fernandez (Fanatic, North, MFC) will also be one to watch, as will Britain’s Robby Swift (JP, NeilPryde), 2009 Sylt wave champion Alex Mussolini (Tabou, Vandal), former freestyle world champion Marcilio Browne (Fanatic, North), and French featherweight Thomas Traversa (Tabou, Gaastra) who have all finished in the top ten previously at this event.

After the first Cabo Verde wave contest, many of the PWA’s top professionals said that the island produced some of the best wavesailing they’d ever experienced, and no one loves the spot more than Josh Angulo (Angulo, Gun) who had this to say:

“We’re firing on all cylinders at the prospect of closing the 2010 season in Cabo Verde. Historically the biggest finals ever were in Hawaii and now Cabo Verde has jumped into the driver’s seat with the billing of ‘best windsurf spot in the world’. The mixture of wavesailing’s legends clashing their epoxy swords with the PWA warriors of today should make for one of the heaviest showdowns of all time. The early winter period of November brings with it fresh ‘alizes’ breezes as well as pulsing Atlantic swells which combine for a lethal cocktail of ‘Ponta Preta on the rocks’. I personally look forward to a one-off wave competition appearance and will have to buckle down to try and hold my top spot in the lineup, but most of all I look forward to once again welcoming the world, alongside Cape Verde Investimentos and Camara Do Sal, to the friendly islands of Cabo Verde.”

Year upon year Sal has produced the goods, with the pumping Atlantic swells pulsating through the crystal clear waters to coincide perfectly with the trade winds in order to create the most extreme wavesailing playground, and an outstanding spectacle for the world to watch. This is an event not to be missed, and one that will be talked about time again, so get that date down in your diary now!

For more info contact the PWA office via [email protected] DAY 3 – Cold Hawaii lives up to its name on the third day of competition delivering down the line perfection for the double elimination....

Watch young Irish wavesailor Ronan McGuire windsurfing in Morocco, summer 2010: He says “Thanks to everyone I met who made it an amazing trip. Visit...

DAY 3 – Cold Hawaii lives up to its name on the third day of competition delivering down the line perfection for the double elimination....

Watch young Irish wavesailor Ronan McGuire windsurfing in Morocco, summer 2010: He says “Thanks to everyone I met who made it an amazing trip. Visit... 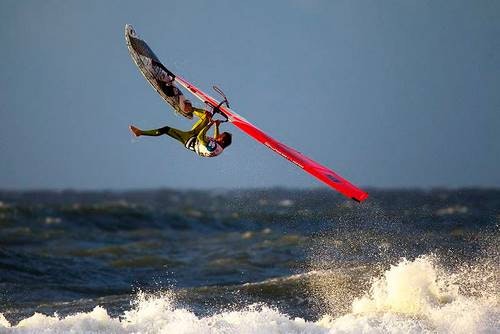 DAY 2 – Three times world champion, Kauli Seadi capatalises on his wealth of experience to conquer the tricky conditions in Klitmoller, while emotions run...