Sssshhh… don’t tell anyone, but September is one of Vassiliki’s best kept secrets. With the crowds gone and most kids back at school, it a great month for chilling out and getting active.

It’s still Indian summer in the Ionian, but not as sweltering as August, and that means there’s still great wind for windsurfing. You’ll have the pick of all the amazing choice of kit Club Vass have to offer and often find you have the bay almost to yourself.

There’s a slight freshness to the mornings and evenings which makes it an ideal time to make the most of the area’s outstanding mountain biking on Club Vass’s high spec Whyte bikes. And there’s plenty of other activity on offer, including stand up paddle boarding, scuba, fitness and much more.

It’s also an ideal time for those with pre-school kids. Club Vass have a brand new crèche with qualified and experienced nannies to make sure your little ones have a great holiday too.

And Club Vass have some amazing September Special deals. Happy Friday everyone! We hope you’ve got lots planned for a busy weekend – especially getting on the water. Remember, whatever the weather there’s always some... This post maybe a week old from our friends at Big Salty, but we can’t help thinking these are the perfect words to live by... 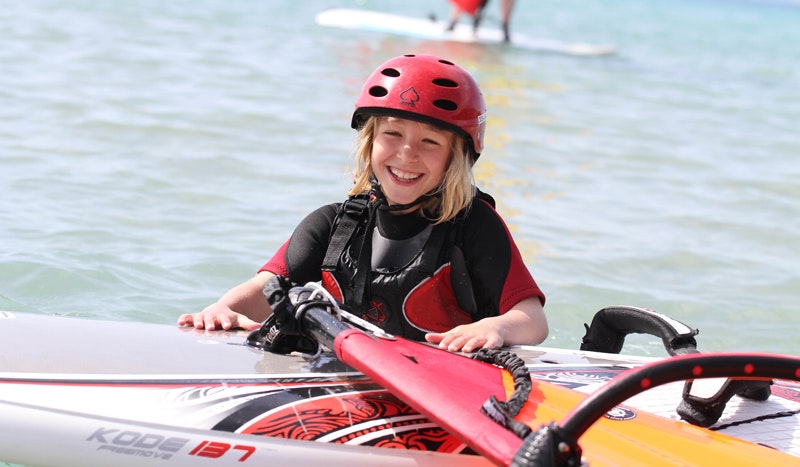 Kids save £200 in Vassiliki

Kids save £200 in Vassiliki