Without a doubt, the biggest news in the windsurfing world over the bank holiday weekend, was that ISAF has made the decision to remove windsurfing from the Olympics, and replace it with kiteboard racing.

The decision, has of course sparked outrage within the windsurfing community, the concern being not only for the Olympians, present and future, that have worked exceptionally hard to get to such a high level, but for how the decision will affect the RYA and initiatives such as Team15.

Team15, delivers a fantastic service to many kids across the UK who are the future of our sport, will it now still receive the funding needed to continue?

The campaign for kiteboarding to be included in the Olympics was backed by many, including head of Virgin, Richard Branson.

“Delighted to announce kitesurfing has been selected as an Olympic sport. It has just been accepted by the ISAF after a 19/17 vote and there will now be kitesurfing at the Rio Olympics in 2016. This is fantastic news for my favourite sport and kitesurfers all over the world.”

The argument for many, is not against the inclusion of kitesurfing in the Olympics, but why does it have to replace windsurfing?

The decision has already been covered well in the mainstream media, including by the Guardian online, and The Independent put forward this informative piece showing both sides of the argument.

Have your say in the Boards forum…

There is already an online petition, signed by many of the windsurfing community to make ISAF reconsider their decision. Sign it and share. With enough signatures ISAF will be forced to listen, and there is the potential for the decision to be revoked at a meeting later in the year.

How are the British Olympians taking the news?

Bryony Shaw seems as positive as always on twitter, does this mean we could be seeing the bronze medalist racing on a kite in the near future?

Windsurfing is me… I am windsurfing!! http://fb.me/1MwvpITx8

While on facebook Nick Dempsey, is thinking of the next generation:

“Wow, unexpected. That was a big decision and a very sad day for windsurfing. My heart goes out to all the aspiring champions and kids with dreams of windsurfing at the Olympics.”

It wasn’t so long ago that Olympic windsurf racing changed from Mistral One Design to the RS:X. At the time it was seen as a massive change, anyone that has used both pieces of equipment will know that although both are classed as windsurfing, there are in fact very few similarities.

Olympic windsurfers across the globe adapted and welcomed the new discipline, and while some formula windsurfers moved across, it was on the whole the previous Olympic racers who shone through.

With a great amount of windsurfers that also kite, we have shown that being able to windsurf sets you up exceptionally well for kiting. So could we see a number of our current Olympians, as Bryony said taking up the “new challenge” and still heading to Rio?

Future British hopeful Izzy Hamilton, though encouraging many to sign the petition and keep her dream alive, already seems to be taking up the kitesurfing challenge:

“So, RSX Racing has been replaced by Kitesurfing Racing, just have to detach my sail and add some string! Lesson booked for Monday, guess I am excited to try something new…”

With the very strong possibility of Weymouth hosting the final Olympic windsurfing event, this surely heightens the pressure for all competing and brings the very real prospect of two lucky competitors taking the final glory.

The International Sailing Federation (ISAF) has confirmed the final event and equipment selections for the Rio 2016 Olympic Sailing Competition.

The ISAF Council voted that Kiteboarding will replace Windsurfing for the men’s and women’s board events and confirmed the equipment that will be used for the Women’s Skiff and Mixed Multihull Events.

The Mackay FX, referred to as the 49er FX, was selected yesterday as the two person women’s skiff and today the Nacra 17 joins the Olympic equipment family after being selected for the two person mixed multihull event.

The 49er FX received the majority of votes from the ISAF Council in the first round after the six evaluation trial entries were narrowed down to just three; the 29erXX, the RS900 and the 49er FX.

There was an equally animated debate on the final morning of the Council meeting at this year’s ISAF Mid-Year Meeting to decide the equipment to be selected for the mixed multihull event. After discussing the recommendations from the Evaluation Panel, the Equipment Committee and the Events Committee, Council voted between the Nacra 17 and the Viper with the Nacra 17 securing the majority.

The final discussion on the events and equipment for the 2016 Olympic Sailing Competition was about the men’s and women’s board events with Council voting in favour or kiteboarding.

The ISAF Windsurfing and Kiteboarding Committee will consider and make further recommendations to Council on the implementation of the inclusion of kiteboarding at their meeting in November 2012 at the ISAF Annual Conference.

ISAF President Göran Petersson said, “These announcements mark a new era for sailing and we welcome the new classes into the ISAF family. The equipment selections have fulfilled the criteria set out by the Evaluation Panel and we look forward to seeing the boats not only at the Rio 2016 Olympic Games, but the ISAF Sailing World Cup and ISAF Sailing World Championships.

“Kiteboarding has proven to us that it is ready to be included into the list of prestigious ISAF Events and it is a fantastic addition to the sailing programme for the 2016 Olympic Games.”

The RYA statement on new Olympic Events and Equipment for 2016:

At its mid-year meetings in Stresa, Italy, the International Sailing Federation (ISAF) has confirmed the Event and Equipment selections which will feature at the 2016 Olympic Sailing Competition in Rio de Janeiro.

Following equipment trials held in Santander, Spain, in March, the Mackay FX, referred to as the 49er FX, is the equipment choice for the new two person women’s skiff discipline, while the Nacra 17 was confirmed as the boat to be used in the two person mixed multihull event.

ISAF Council also voted to replace the current men’s and women’s windsurfing events with kiteboarding events for men and women which will feature at the Olympic Games for the first time.

John Derbyshire, RYA Racing Manager and Performance Director, was present at the ISAF mid-year meetings where the votes took place.

“The 49er FX and the Nacra 17 both performed well in the Santander trials and stand to be great additions to the Olympic sailing programme both in terms of the challenge they present to sailors and their visual appeal,” Derbyshire commented.

“The introduction of Kiteboarding, while an exciting prospect for a new discipline, the decision to replace windsurfing with Kiteboarding will of course be a huge blow to the windsurfing community, and we’re disappointed for all those who are working at the coalface of the RYA’s windsurfing programmes to deliver activity and British success on the world stage who will be affected most by this decision.”

“Kiteboarding made a solid case for its Olympic inclusion at the March trials,” Derbyshire continued, “and although a surprise that ISAF has voted it into the Olympic programme at this stage, it appears that the Council of ISAF wished to seize the opportunity, rather than wait until 2020.

“This decision will force the pace of change and the RYA is looking forward to the opportunity of working with Kiteboarders and the British Kitesurfing Association in order to develop the talent pathway for this new event, and to using the strengths of our UK Sport lottery funded high performance system that has become the envy of the world so that GBR is well-placed to deliver the first Olympic kiteboarding medals in Rio in four years’ time.” 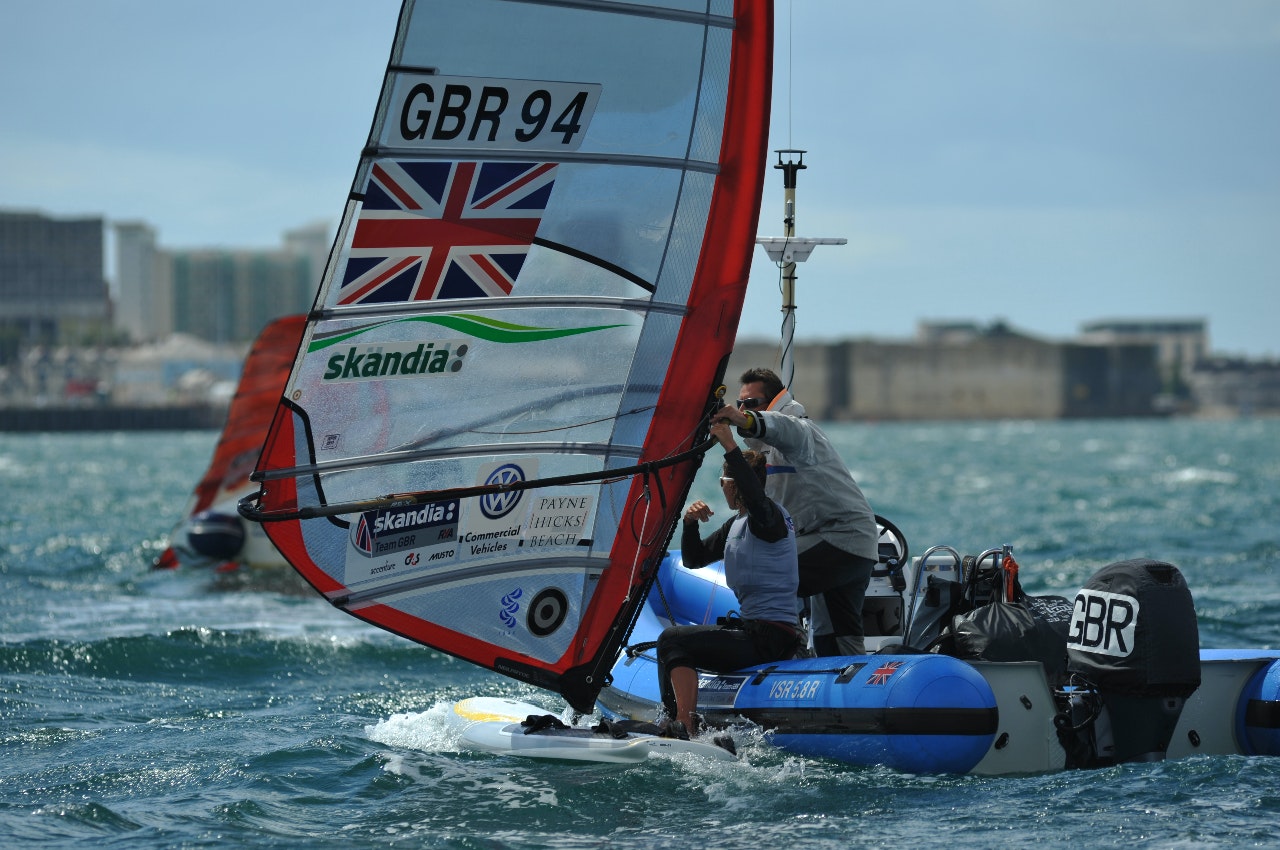 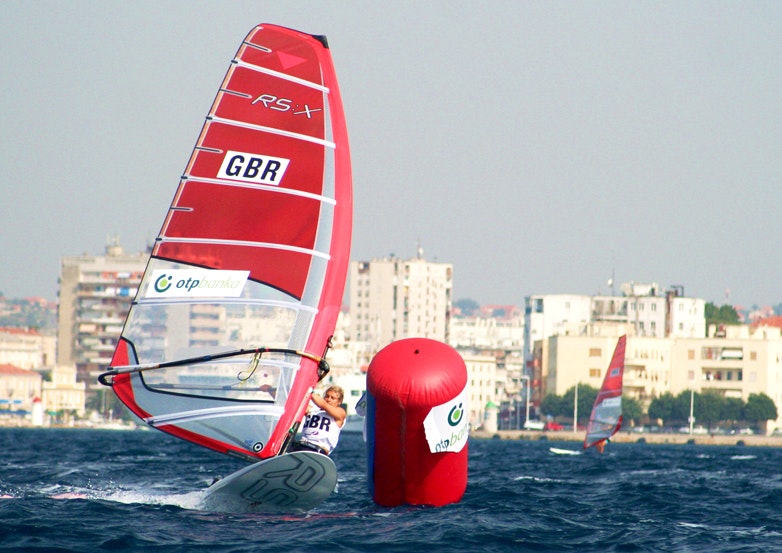 Last Bank Holiday weekend saw turmoil unfold in the windsurfing world, without a doubt the top news story this week has been the removal of... With much speculation over how and why such a unexpected decision to remove windsurfing as an Olympic sport has been made, Boards set about finding...