Just before they head off to Cyprus for the youth sailing world champions, find out more from British representatives Saskia Sills and Kieran Martin…

“2012 was a crazy year for me personally and it was winning gold at the ISAF Youth Worlds, which really kicked it all off and led to my nomination for the ISAF World Sailor of the Year.

“I keep trying to minimise the expectation on myself for this event, but it’s not easy to do that. I know I’ll be the one to beat and I’ve just got to go and race as well as I can.

“I’ve just come back from the RS:X Youth Europeans in Brest where I won bronze, the same colour medal I won at the Europeans before last year’s Youth Worlds. It was a frustrating event for me but I learned loads, and I’ve got to take those lessons into Cyprus with me.

“I learned I’m good enough to be at the front of the fleet, but when I wasn’t doing well I’d think I should be further up the field and then I’d take too many risks and end up doing even worse. Hopefully I’ve sorted that out and I have to keep an open mind that no regatta is over until you cross the line in the last race.

“I don’t know whether it was because of the Olympics or not, but I loved that people started taking notice of loads of different sports last year.

“For me personally to be nominated alongside Ben Ainslie in the ISAF World Sailor of the Year and to get a nomination for the BBC Young Sports Personality of the Year was pretty cool. It all seemed a bit a weird; I kept thinking ‘I’m only 16?!’

“But it was brilliant to see windsurfing getting so much attention and it’s definitely carried on into this year. I’ve been approached for more interviews and people are more interested in how I’m getting on and wanting updates than they ever have done before.

“People talk about the legacy of the Games as about encouraging new people into sport but as a young athlete already in sport the Games left a massive legacy for me too.

“Even though I didn’t actually see too much of London 2012 because I was competing at the EUROSAF Youth Sailing European Championships in Denmark, we did catch Super Saturday, when the athletes won three golds in the Olympic Stadium, on the TV in the girls’ room.

“It was cool watching it then but it had Danish commentary, and it wasn’t until I got home and saw it again with the English commentary that it really hit me just how incredible it was.

“The Olympics showed me I’m not a million miles away, and that the Olympians were normal people like me, not superhuman. I’m lucky that as part of the British Sailing Team Podium Potential programme I get to spend time with some of the Olympic sailors and they are just really cool people, who don’t mind you asking questions or for advice.

“I was in Hyeres at an event earlier this year and Luke Patience, the 470 Men’s London 2012 silver medallist, came over while I was doing some school work one evening and said ‘Hello, I’m Luke Patience,’ and in my head I was thinking ‘I know who you are!’

“London 2012 made it feel attainable; it made me want to go to an Olympics.”

“My memories of London 2012 aren’t probably what people would expect.

“I was competing at the 2012 EUROSAF Youth Sailing European Championships in Denmark, and because we were racing ourselves we didn’t get to see much of the Olympics.

“But we made sure we watched Ben Ainslie’s medal race when he was racing the Danish sailor, Jonas Hogh-Christensen, for gold. When Ben won we were celebrating like mad, just going completely crazy, but we were in Denmark surrounded by Danish people! We noticed we were getting quite a few funny looks so we made a pretty quick exit!

“Nick Dempsey won windsurfing silver for Britain at London 2012 yet 15 years ago this year Nick won an ISAF Youth Worlds bronze medal in South Africa. That’s a real inspiration for me because it shows you it can be done. Why can’t that be me next?

“I’m in the British Sailing Team Podium Potential programme now and the best thing is being around so much experience at all the squad camps. The senior sailors are happy for you to ask them questions about anything once you have got to know them a bit, which for people like me is invaluable. So many of them have been to the ISAF Youth Worlds too.

“Although I was a disappointed with my own performance coming ninth at last year’s ISAF Youth Worlds in Dublin being part of the team that won the Nation’s Trophy made it worthwhile.

“People don’t really see sailing as a team sport, and when you’re out on the water racing it’s very individual. But when you come back in it’s great to have a group of people to relax and socialise with and actually take your mind off racing a bit.

“Individual scores contribute to the overall team score at the ISAF Youth Worlds so even if you are doing badly in a race you have an extra motivation to still try and finish as far up the fleet as possible as your result counts towards the trophy. You’re racing for two reasons.

“Winning a medal is definitely what I want to try to do this year; I don’t want to mess up my starts like last year.

“It’s been quite a hectic week, as I got home from the RS:X Youth European Championships in Brest at about 2am and then it was straight into preparing for this event. I finished school about a month ago and I’ve had a lot of free time to train and prepare, which I’ve loved.

“I feel I’ve sailed pretty well this year so far. Cyprus is a new venue for me so I can’t wait to get started.” 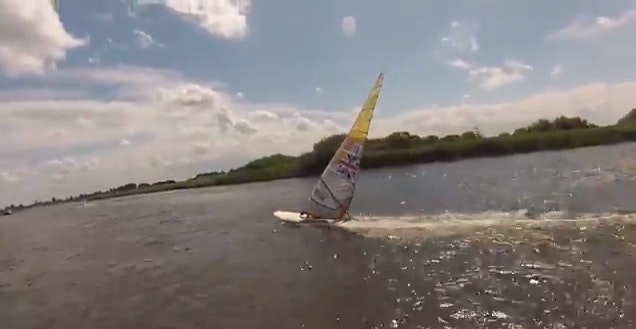 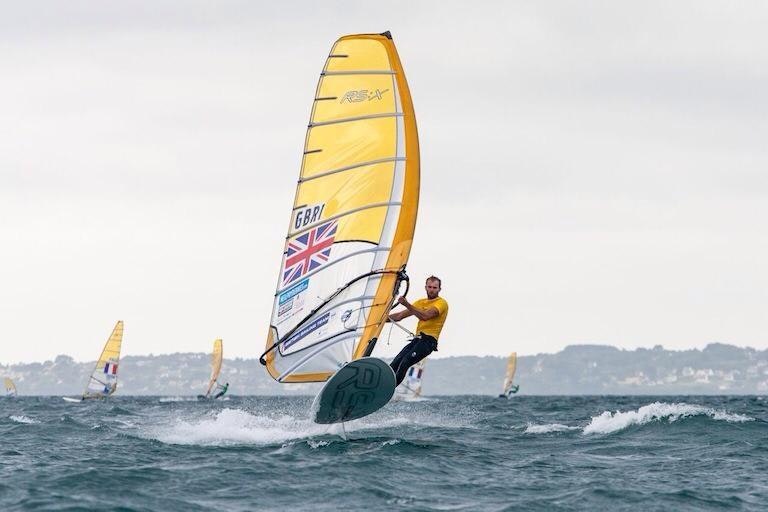 Dempsey to take on kiter, moth and open 60 in the ultimate battle of speed! Can Dempsey win the crown for windsurfing? On Monday 5th August,...