There’s more to watersports than just having fun on the water, sport can help more than many of us can imagine. Here we find out more about 20 year old Jake Harding who has turned his life around by becoming involved in watertsports… 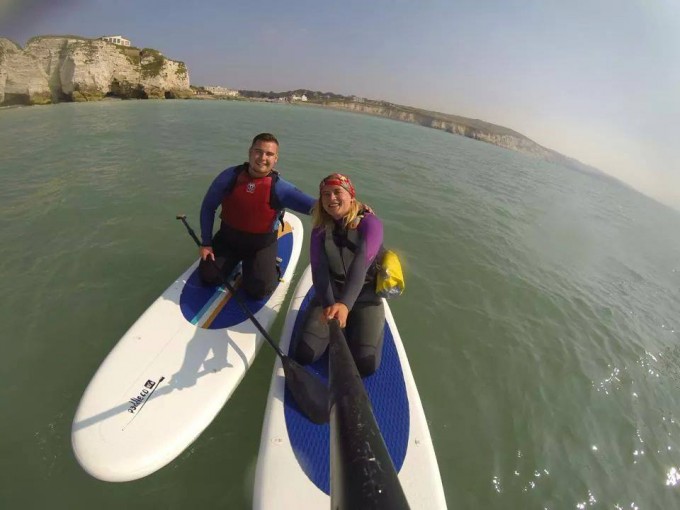 Jake Harding has turned his life around – and now his next adventure will be in watersports.

The direction his life has gone in has been a complete surprise to him, but he couldn’t be happier.

Jake, 20, was born on the Isle of Wight in 1994, but by 1996 his parents had divorced and his dad had moved to Scotland. His mum struggled as a single parent but soon after re-married. Jake’s stepdad joined the RAF to give him and his mum a better life, but this meant Jake moved around a lot, depending on where his stepdad was placed. At the age of eight he moved to Shetland which was the most remote place he had ever been, with only one small school and Jake the only boy in his whole year. There was a 2.5 hour journey including two boats to get to any shops, so it made it very hard as a child growing up.

When Jake left Shetland he moved to Hampshire and on a school trip had his first encounter with watersports and sailing centre UKSA. He spent his 10th birthday at UKSA and the chefs made him a birthday cake to share with his class.

Jake moved back to the Island when he was 12 and went through high school, but after leaving school Jake got in with the wrong group of friends who caused trouble for them and him. All his friends were going out late at night and Jake went against his mum’s rules of being home by a certain time. On many occasions he didn’t even go home. After several occasions of Jake going against his mum’s wishes, he ended up being kicked out of the family home. He moved into a youth hostel at the age of 17 where his bad behaviour spiralled as he got into even worse groups who had nothing better to do but cause trouble.

Jake knew he did not want this life and chose to try his best to apply for work. Having no work experience, Jake struggled for a very long time to secure employment. He chose to attend Insights at the Isle of Wight College as he had heard of a pre-apprentice scheme which can get your foot in the door with a lot of companies. Jake was undecided for a while in what he wished to follow as a career path, but chose to take up business admin at UKSA, as the training would be transferable for any job he might want to pursue in the future.

Jake joined UKSA in April 2013 as a pre-apprentice and since then his life has been on the up. He no longer associates with his old friend group, and things with his family have improved too now Jake has made a positive change to his life. In October 2013 he started as a full apprentice and found a flat to rent. He works as an administrator at UKSA where his input is highly valued, and he spends a day a week at the Isle of Wight College. He has recently been accepted onto the Watersports Instructor Training Diploma, to begin in November, and funding has been secured to help him with the cost. He has already clocked up a few qualifications, such as Short Range Radio, First Aid, Powerboat Level 2 and Safety Boat.

He said: “After my course I want to go into youth development and then in a few years maybe take my yachting qualifications so I can do youth development across every aspect of UKSA. I think UKSA has given me experience and training, and built my confidence. I have changed since being here and I am really grateful for the funding that will allow me to continue my journey. I truly think UKSA is a place for anyone and everyone.”

Funding is available at UKSA for watersports courses. Some of the courses have guaranteed interviews with leading industry employers, and one course offers funded training leading to guaranteed work with Neilson. 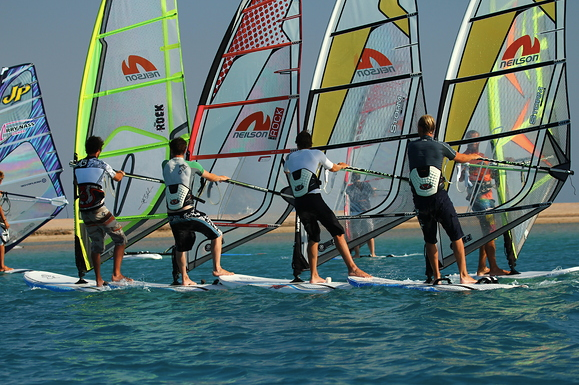 Neilson, the leading specialists in active holidays, has teamed up with youth charity UKSA to provide funded training for those who want to work for...

Neilson, the leading specialists in active holidays, has teamed up with youth charity UKSA to provide funded training for those who want to work for...