The South Coast Crew are a group of young Weymouth windsurfers, looking to rip the best conditions and become some of the UK’s best windsurfers.

They, like many others, have been taking advantage of the incredible windsurfing conditions that the UK has produced over the past couple of weeks. With more storm warnings constantly being aired across the BBC and other channels, are you still revelling at the thought of taking on the mighty winds and waves?

South Coast Crew at Overcombe 21st December ’13 from The OTC on Vimeo.

The second outing of the South Coast Crew took the team to Overcombe, where the conditions proved pretty testing with big lulls between the squalls. Plenty of the regular crowd were out to help inspire the Crew, many of whom hadn’t sailed in ‘the corner’ before. Perhaps not the most classic day, but it gave a good taste for the potential the spot holds, and many were saying how much they learnt on the day. Many thanks to Paul from The Oasis Café for his support for the Crew and a big thank you to Terry from Second Wind for helping to organise the day. 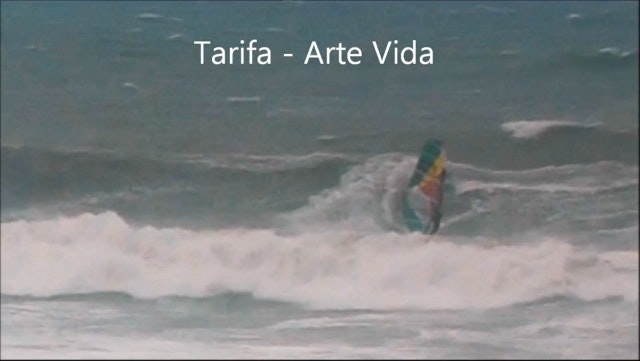 Many Brits take the journey to Tarifa every year, especially in the summer, to take in the glorious sunshine and consistent winds. This is Tarifa with... Here at Boards, we have just received another great reader’s video, this time from Lanzarote over the Christmas period. It has come over from Mark...