Boards is joined by some of the UK’s top freestylers to guide you through the wonderful world of freestyle, from starting out, how and why you should get involved, through to equipment and taking on your first competition.  In this third part we look at overcoming fear and how attainable the new school power moves are. Are you ever scared of injury or anything else? If you are how do you get over it?

COLIN DIXON: No, it,s only water! Watch a motor cross crash section that should give you a kick up the ass and help you man up!!!!

JO WRIGHT: I used to be very scared, then I saw a 75 year old man going for vulcans, sometimes falling but every time coming up smiling. So I had a quiet word with myself and suddenly all my excuses for not trying became irrelevant! And I guess injury can happen to anyone, anywhere – even going over on your ankle walking down the street, so there is no point worrying too much!

JOHN PALMER: Always now… I remember learning to flaka and that terrified me. But, if you just try it a few times you will realise that the pain isn’t actually that bad! A bit of peer pressure always helps too. I’ve never really got over this kind of fear; have it with push loops now after seeing Dave Williams’ smashed up nose on Facebook a few weeks ago! You just need to keep at the move and the fear will go.

MAX ROWE: I almost feel a bit ashamed of myself sometimes, I teach people how to Vulcan on land in the morning then they go straight out and try it that afternoon; I remember being very nervous about trying it and always found a good reason not to! I’m having a similar battle at the moment learning the wave moves and the best ways I’ve found of getting over it are to build up confidence first or to just get the first big crash out the way early on then you go for it a lot more.

DANIELLE LUCAS: I am definitely not very confident when it comes to learning some moves.  I’m not consciously worrying about injury but I guess that must be it, as well as smashing my kit up! To get over it you just have to do it, having friends or rivals about definitly helps, that’s how I learnt to vulcan…I had someone working for me who was not as good as me but started learning the vulcan and he was getting close very quickly, that really pushed me to go for it forgetting the fear!

PHIL RICHARDS: I have had problems with minor injuries in the past but it’s important to stay positive at this time and let your body heal. My biggest bit of advice would be to avoid injury by remaining fit and flexible. Do stretches. Also, look after your feet.

ADAM SIMS: Nope, more just afraid of the time off the water! The injury list is starting to build for me but it doesn’t set me back mentally, I just visualise what I need to do a lot and then go out and do it. One time I had a couple beers then went for a pushie session, that softened the over-rotated back slaps…

ANDY CHAMBERS: No not really, except possibly in very shallow water.  If you start thinking “that looks like it’s gonna hurt’ then it probably will as you have it in the back of your mind the whole time and will reduce the chances of you learning it. Don’t think it in the first place! Put it out of your mind if you can.  And if you can’t then wait until you are perfectly comfortable with the conditions, gear etc before attempting a new move.

JAMIE DRUMMOND: Yes! I’ve blown both my knees out (either ACL/MCL/Meniscus or all of them) in the last couple of years. The first time was just messing up a tack in shallow water (radical) and the second was doing a one-handed Ponch, which is sort of my trademark move that I can pull out anywhere! I’ve been lucky so far in that I’ve not injured myself when learning any of the new power moves, even though that’s where you might expect it to all go wrong. So, don’t think about it when trying new moves as you really need to be focused, but funnily enough get more worried trying some of the more basic moves.

How hard are the new power style moves?

COLIN DIXON: Hard! You just need to try stuff with more power; a lot of people sail under powered so if you’re under powered you won’t go as high or as fast,

ADAM SIMS: They are all hard, the ducking is the hardest part but once you get past that then sometimes the move can be really effortless but still difficult. Maybe the culo and burner are not so hard if you are fully powered up. Any combo which requires power and sliding is normally very, very hard though and really requires a good balance between kit set-up and technique.

MAX ROWE: Anything that’s classed as “new” will always be hard because it makes you think it must be because it’s “new”. In reality some of these power moves such as the switch stance kono are becoming a lot more common place because they aren’t that hard, now people are learning them as their first switch move. Best advice would be to have a go and find out as what’s hard for someone else might be really simple for you or vise versa unfortunately!!

PHIL RICHARDS: Not as hard as they look,  they just require more commitment and for you to sail more powered up.

ANDY CHAMBERS: With the development of of the new gear (sails especially), the new power moves have got much easier than when we first started seeing them a few years ago.  The hardest part has always been getting the sail duck right, once you are a comfortable ducking the sail then the rest of the move doesn’t take too long to learn.

JAMIE DRUMMOND: The new power moves that are coming out are pretty tricky. Most of them involve a lot of setup before you’re even ready to take off – so getting solid at going switch and ducking the sail is an absolute essential. Practice really does make perfect in this case and repetition will help you get the feel for ducking the sail.

Combo moves are also getting much more technical, so just the SETUP of a move can involve doing a perfect, full-speed Spock, Forward or Flaka – a challenge enough on it’s own before adding a Culo, Flaka or Shaka onto the end! 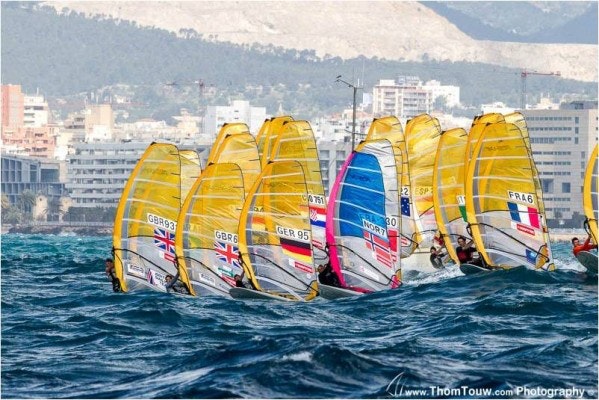 One of the UK’s finest young RS:X racers and Tushingham team rider, Sam Sills recently made it back from Palma after an intensive two week... 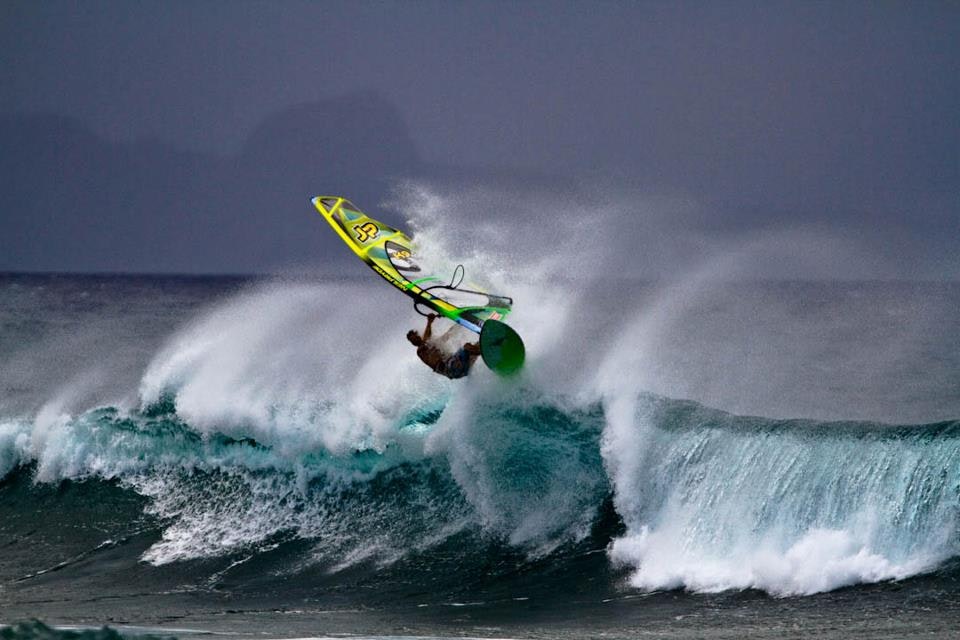 Guy Crib is never one to rest and his latest adventures have seen him jumping from a clinic in Brazil where a night shoot took... 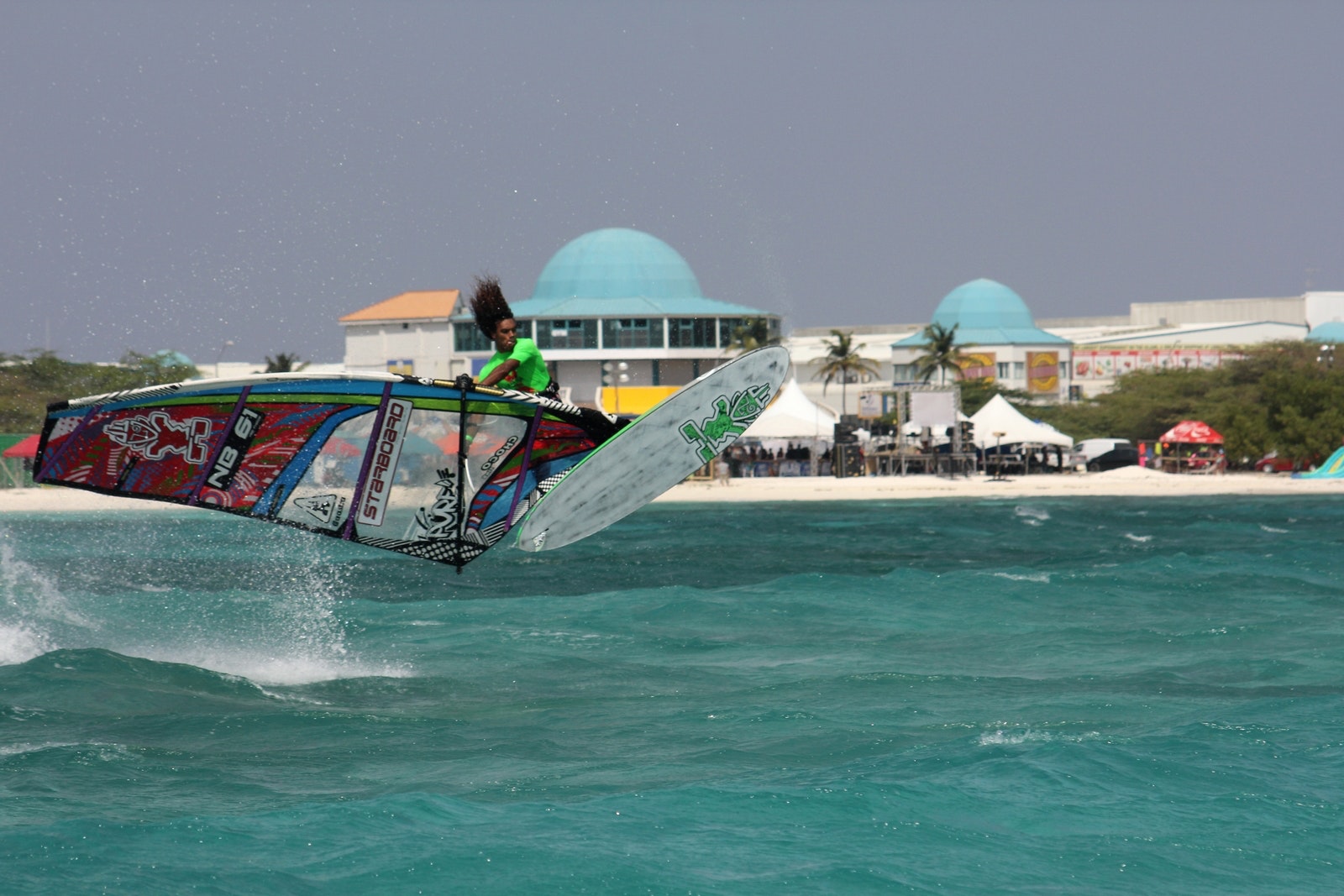 News from Aruba has been lighting up our inbox over the past few days, videos from top professional international riders, the Aruba Extreme Games and...

One of the UK’s finest young RS:X racers and Tushingham team rider, Sam Sills recently made it back from Palma after an intensive two week...

Guy Crib is never one to rest and his latest adventures have seen him jumping from a clinic in Brazil where a night shoot took...

News from Aruba has been lighting up our inbox over the past few days, videos from top professional international riders, the Aruba Extreme Games and... 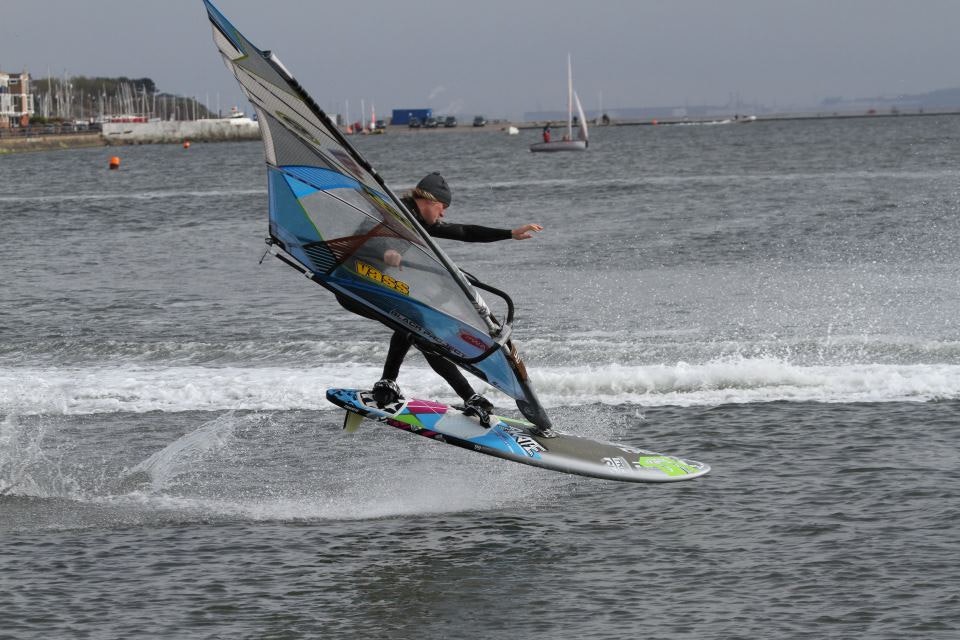 It’s just around the corner and the current forecast is offering some yellow stars. For those who have no idea what we are talking about,... Lagoon Watersports have opened for their 2013 season. They have a massive range of Fanatic and North Kit available for use and 2013 is looking to...