Brook is a good location to get into the waves. You often get a nice rolling swell here which jacks up over areas of the reef so you can pick your way out, and ride the waves coming in. It can also deliver good stunt ramps for learning loops etc, as you get a good long run up after leaving the beach.

The main consideration with sailing at Brook is the tide. Low water can leave exposed rocks in places, so you need to get your tide times right.

NW (side shore starboard tack), SE (side shore port tack) then SW (side on) then S (onshore).

Mainly sand with areas of rock.

Very rocky at low tide. Rocks can be seen in certain areas, so you need to be very careful if sailing at low water. We would advise you to wait at least two hours after low water before sailing there.

There are areas of reef which can jack up large waves on a big swell, but these reef areas are quite offshore.

High tide can produce a large and powerful shorebreak, so your launching and landing needs to be confident, otherwise you can get rolled around and have your gear broken.

Fishermen put buoys down in places to mark lobster pots. These sometimes have long ropes trailing off them so they are easy to hit if you are not careful, resulting in an almighty catapult.

The walk down to the beach can be fairly hazardous if it’s windy, as the wind funnels up through the gap between the hills. This can make carrying your kit difficult. You also have to pass through a gate at the car park to access the path down to the beach. Again, this can prove tricky if not competent with carrying kit, and we would advise wearing shoes down to the waters edge as it is very stoney.

There is a slab reef situated at the western end of the bay, just before you go around the corner to Compton, again this gets very shallow at low water so you will need to watch your fin.

Brook attracts a lot of intermediate and advanced kite surfers on windy days, so you need to keep an eye out for lines etc. But it’s all cool with regards to getting along, unlike other mainland locations. The majority of kite surfers are also windsurfers, or have been in the past, so there is very rarely any hassle.

Intermediate to advanced. On the average day, it’s a good place to learn to get into the waves, as normally they are fairly small and it’s mainly bump and jump sailing. On a big swell, after a NW gale, the bay can hold mast high waves so then it is suited to advanced sailors only.

On a big day there is definitely potential for having a long swim if you loose your kit, as the reef is quite offshore and can get up to mast high. Your kit will work its way to the inside and end up towards Chiltern, which is the next break down the coast toward the southern end of the island.

Always a decent crowd on a good forecast. Can be crowded with kite surfers, as this is a popular location for kiting. As I have said above, there is never any hassle as most of the kiters are windsurfers as well, so we all get along.

Always a decent crowd on a good forecast. Can be crowded with kite surfers, as this is a popular location for kiting. As I have said above, there is never any hassle as most of the kiters are windsurfers as well, so we all get along.

Yes, but not very good. Better to go to Compton which is the next bay round towards Freshwater. You will see a lot of local surfers at Compton on a good swell.

Contact www.islandbreaks.co.uk for all B&B’s, hotels and camping facilities.

Jon Metcalfe and Charlie Connelly, Neal Gent, Scott Gardner and his brothers Ross and Aaran Williams, plus the rest of the Isle of Wight local crew can be seen ripping it up on a good forecast.

On a big swell, Chiltern can hold a much bigger and cleaner wave on the outside reef, which is only suited to competent surfers and windsurfers. Parking here can prove to be difficult, and you need to carry your kit down a cliff face and rig up on the beach. Alternatively, sail down from Brook.

Also, on a big swell you get good surf at Freshwater bay for advanced surfers.

Please note, there is very little cell phone coverage along this coastline. The nearest phone box is in Brook village, which is a two minute walk from the car park.

Brook is located along the military road, which runs along the west side of the island. Get the ferry from Southampton to the Island on Red Funnel Ferrieswww.redfunnel.co.uk. Follow signs to Newport (A3021) and then towards Carisbrooke. Then, pick up the B3401 towards Calbourne/Chessel Pottery, through Brook village to the military road where you will see a sign to Brook car park.

The journey time from the ferry in East Cowes is approximately 40 minutes depending on the traffic.  If travelling from Portsmouth to Fishborne on White link Ferrieswww.whitelink.co.uk, follow signs to Newport, then as above.

Note:  There are various other ways of getting to the Military road, which will take you to Brook, Compton and Freshwater. All can be seen on a good map and are easy to follow.

Photos by: MetcalfeConnelly and John Carter 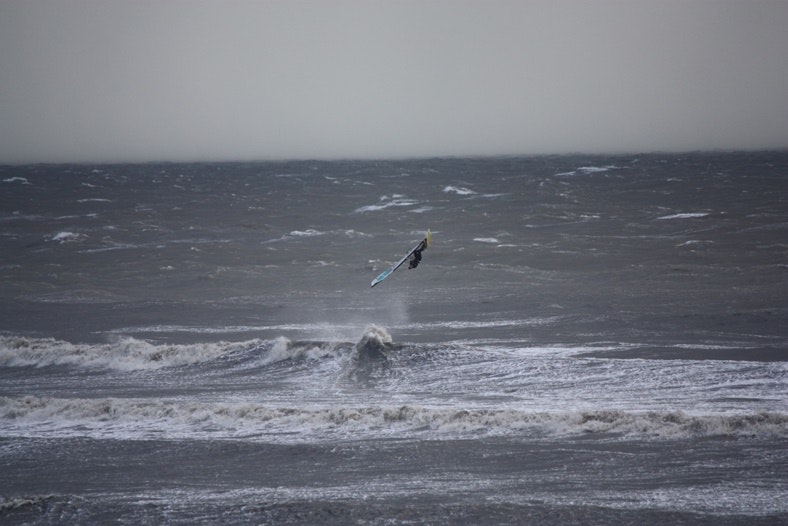 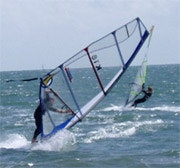 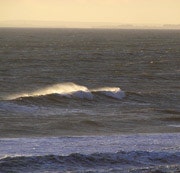 Milford on Sea is a little known south coast spot. It lies between Christchurch and Lymington on the edge of Christchurch bay. It provides challenging... 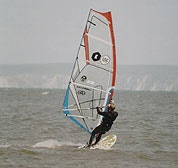 Avon beach is one of the more well known beaches around Bournemouth and Christchurch. It has very easy access and therefore is a popular beach...