Tenerife seems to get less coverage as a windsurfing destination than the other Canarian islands of Gran Canaria, Fuerteventura and Lanzarote but it has some excellent and varied conditions to offer and very good wind stats. It also has a reputation as a mass tourist destination but it has more to offer than that label suggests. With cheap and easy access from all over the UK, it is a great choice for anyone of intermediate standard or better. All of the windsurfing action is concentrated at El Medano in the South of the island, whereas the mass tourism is miles away at the other end of the island.

Tenerife is extremely easy to get to with frequent flights from most UK airports. We flew from Bristol and had a choice from BA, Excel, Thomas Cook, Thomson, etc. The charter flights vary hugely in price from about £60 to over £340 depending on the holiday season. BA’s scheduled flight can work out cheaper in busy periods. George’s BA ticket for a flight in the week before Easter was considerably cheaper (at £260) than any of the charter flights when booked two months before. Graham’s ticket leaving a week earlier however was just £60, so pick your dates carefully! BA’s new baggage restrictions (23kg per bag) make it difficult to take your own kit, so bear that in mind when choosing a flight.

You arrive at Reina Sofia (TFS) airport which is a short ride to El Medano.

Tenerife’s awesome reputation has come about from an extremely consistent North-east trade wind which allows all year round cross-onshore wave riding. When checking forecasts for the area, a key tip is to double whatever Windguru is predicting when in a north easterly direction, as the wind accelerates around the huge volcano of Mount Tiede. However, as we found out, the entire bay can be transformed into a freestyle paradise with the arrival of southerly winds. Southerly winds can also be a lot stronger than what is forecasted.

Unlike many other places in the world, Tenerife is lucky enough to boast excellent conditions in all disciplines from super-flat freestyle territory to world class wave sailing locations, all located relatively close to each other in four main sailing areas.

This is the largest of the four playgrounds and offers excellent bump and jump conditions with everyone from intermediates to experts enjoying the friendly atmosphere while they blast endlessly back and forth through playful chop and rolling swell. A huge positive for this area is that the trade winds allow almost completely undisturbed wind right to the inside of the bay onto a vast sandy beach making for ideal landing and launching. Although you do see beginners in South Bay, it is not ideal for learning because of the chop and sometimes tricky shore dump when the wind is in the prevailing North-east.

The harbour wall marks the upwind edge and windiest part of the bay and in just a few tacks you could be enjoying an extremely playful wave (with cross-onshore winds) which breaks onto the reef on the outer edge of the wall. Do not fear: due to a sharp drop off, the reef is relatively deep, meaning wipe-outs rarely result in an encounter with the reef and if you do make a wrong turn a strong current, which runs along the edge of the wall, will ensure that you will be taken out of harm’s way and into deeper water. This perfect combination produces conditions that all can enjoy from entry-level wave sailing to hot shots.

Those experts among you – listen up! Cabezo is in theory the next bay round but can easily be accessed by taking a few more tacks past the harbour wall. Once there, you have entered a professionals’ playground with the highest local standard I have seen; forward loops are basic and manoeuvres seen on the PWA are common place. Everyone gives 110% as this is what Cabezo requires, otherwise Mother Nature punishes you and your kit on the various reefs and rocks. However, when it is going off you can be blessed with the moments that stay in your minds eye forever. In fact it has even held various PWA events in years gone by.

The fourth and final area is just around the corner from El Medano and takes a maximum of 2 minutes by car to get to. It is a freestyle paradise, offering perfectly flat water and a slightly stronger wind than South Bay. Whereas it might be 5.2 weather in South Bay, La Tajita will be 4.7 or smaller. It can provide absolute perfection when cracking those first carve gybes or nailing the latest mind-boggling freestyle trick.

This British-run centre is the first of its kind, offering an extremely friendly, professional atmosphere whilst boasting 8 board brands and 7 sail brands! Not only this but all the sails have been rigged on their manufacturers recommended 75-100% carbon masts meaning every centimetre of performance has been squeezed out for maximum pleasure! Unfortunately they are unable to offer tuition at the moment due to beach regulations, however it is possible to hire kit from them and get tuition from their next door neighbours.

There are endless hotels and apartments available, however, your best bet would be to get in contact with OTC or Sportif and they will be able to sort out an entire package for you. If this is not your cup of tea then you can easily sort out your own apartment. By far the biggest hotel that takes pole position on the water’s edge is the very popular and originally named “Hotel Medano”.

Literally everywhere you look or go in El Medano there are restaurants and bars! Many of them are filled with good natured locals, and I do believe it is possible to take your taste buds on an exclusive round-the-world trip in the space of 50 yards; from an “all day” cooked breakfast to traditional Spanish foods such as Tapas and the Spanish omelette. One place that we used a lot for this type of active holiday was a takeaway called “Neptuno” directly opposite Hotel Medano. Here, to save the complications of ordering and speed up procedures, you order and pay at a ticket booth (just up the street) which spurts out a ticket that you take to a counter where your food is prepared. We strongly recommend any of the Spanish sandwiches called Bocadillios.

Eating out is not hugely expensive, the food is good and due to the variety you can always find somewhere that grabs your attention. If your have a soft spot for Japanese cuisine then make sure your talk to Ben at the OTC as he might be able to sort you out a bit of a discount if you’re lucky!

For nightlife, there is not much in the way of clubs, however there are multiple friendly bars offering various happy hours and hosting many live music nights. An extremely popular place to go is a bar near the harbour wall called “Manfred’s Restaurant” which has many live music nights, extremely friendly bar staff and the most elaborate décor we’ve seen in a bar. If you’re a cocktail sort of a person head on down to “Cha Cha Cha” which runs a happy hour between 10:30 and11:30 where effectively it is buy one – get one free! If you fancy yourself as a bit of a party animal undergo the short drive to Las Americas, where you will find yourself in club central. Remember that all eating out and nightlife starts very late in Spanish resorts.

In the unlikely event of no wind or you get bored of windsurfing, there are loads of other things to do, here are a few ideas:

Anything wrong with the place?

El Medano makes an excellent location for a windsurfing holiday. Tenerife is a large and varied island with some stunning scenery to explore, and it’s cheap and easy to get to so really, it’s pretty well ideal. However, you might think twice if some of your party want to learn to windsurf, if you aren’t keen on volcanic landscapes or if you object to little yappy dogs with doting owners!

Team AirBorn: Adam Lewis, Graham Woods and George Shillito. Adam is now working at OTC. Graham will soon be joining him there.

Team AirBorn is sponsored by Pentax, O’Shea, Windsurfers World, and supported by Tushingham and 604 Distribution.

Literally flooding across the internet just this afternoon is this cracking video from Dany Bruch. Yes it’s international but it’s one of the best edits...

Situated in the small village of Ses Salinasin Fornells Bay, Minorca Sailing Holidays is a great place to dramatically improve your windsurfing skills especially for beginners... Adam Lewis is one of the UK’s top wave sailors. Spending a large amount of his time in Tenerife it is no wonder that he’s...

Literally flooding across the internet just this afternoon is this cracking video from Dany Bruch. Yes it’s international but it’s one of the best edits...

Situated in the small village of Ses Salinasin Fornells Bay, Minorca Sailing Holidays is a great place to dramatically improve your windsurfing skills especially for beginners...

Adam Lewis is one of the UK’s top wave sailors. Spending a large amount of his time in Tenerife it is no wonder that he’s...

Point-7 have set up a slalom training course, free for all to use, in El Medano, Tenerife… Top slalom sailors Andrea Cucchi and Pascal Toselli have... 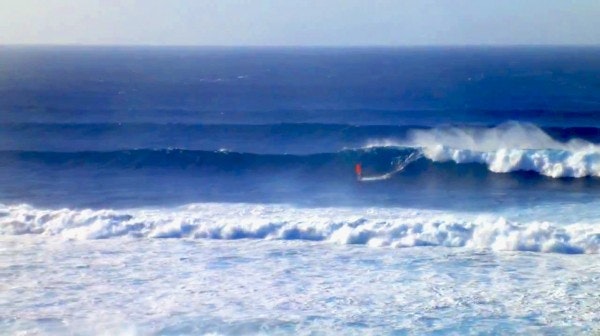 We caught up with Dany Bruch after he scored a monster session on the Canary Island of Tenerife. http://www.youtube.com/watch?v=e7Hue95tYtQ Well known for their huge winter swells, the...