BOARDS have teamed up with the SWA to bring you our latest feature on our next 2015 UK Champion, Sara Kellett.

The UK has a new Queen of wavesailing. Up and comer Sara Kellett proved she has well and truly arrived, with victory in the final tie breaker round at the Tiree Wave Classic to secure her maiden National Title. Student Windsurfing caught up with the lady herself to find out a little more before the SWA Wave Series, when she will be in action again. BM: Massive congratulations on becoming British champion Sara! Was it something you were really focussed on this year?
SK: This year it was all just a bit of a coincidence that everything fell into place. I couldn’t go to the Rhosneigr but luckily for me there wasn’t any wind. Then I almost didn’t go to Tiree but changed my mind last minute and because of that I’ve won the title! It’s made me realise that you’ve just got to go for stuff because you never know what it could lead to.

BM: What was going through your head before that last tie breaker heat on Tiree?
SK: That was tense! By this point we had been standing around on the beach pretty much all day and I hadn’t eaten anything since breakfast. Therefore I was pretty exhausted and could see the wind was dropping. I just had to give myself a little mental talking to. Tell myself that I could do it, and to go out there and sail like I had in the first couple of heats.

BM: What do you think made the difference and helped you take the victory?
SK: A bit of luck- luck always has a part to play in windsurfing! Also I would say that I’ve had a lot of practise windsurfing in less than perfect conditions, when the wind is fluky and waves not perfect. You can’t be too fussy when you have to fit windsurfing in between the rest of your life. BM: Now that you’re national champion have you considered entering any PWA events in the near future?
SK: At some point I would definitely like to give it a go. Just for the experience as much as anything else. Maybe it’s a possibility to do one of the events in the Canaries this summer. I’m not very good at planning ahead though. I’ll see how I feel in the Spring. BM: As the fresh champion you must have been getting some training in over the past few months, what have you been up to over the summer?
SK: The funny thing is I’ve probably done less windsurfing in the last year than I have the last little while. I was in Vassiliki doing a season with Ocean Elements over the summer. So I did get loads of water time but a lot of it was light winds and definitely no waves. It all helps with your sail and board control though. BM: The first SWA Wave event is coming up at Gwithian on 5-6 December. What do you think of the location?
SK: Gwithian is one of my favourite places in the whole world! It is a big, beautiful, long sandy beach in Cornwall which gets some of the best waves in the country for down-the-line wave sailing. What more could you want?

BM: You finished second in the SWA Rhosneigr event last year, how confident are you feeling ahead of this year’s series?
SK: I think it all depends on the conditions. It would amazing to get a podium place overall this year but we shall have to wait and see. BM: One of the aims of the SWA wave series is to get newcomers into the waves. When did you first start wavesailing Sara? What attracts you to it?
SK: Because of where I lived it was far easier to get to the sea than it was any flat water spots. Therefore It just made sense that to be able to sail in waves would be what I aimed for. I tried T15 for a bit but never really enjoyed the racing side of the sport. But when I went down to my local beach and saw all the good sailors jumping in the air and riding the waves I just thought that looked so much more fun. And I’ve always windsurfed for the fun and the challenge, not the competition side of things.

BM: Do you have any advice for those looking to make their first foray out into the waves?
SK: Take some friends and give it a try! Start out small, look for a forecast of about 2-3ft at a place you know will be a bit wavy and start off just getting used to sailing back and forth with waves around you. Then you can gradually build up your confidence, and go bigger and bigger and start to actually try and ride and jump the waves. It can be a bit scary at first, but in reality as long as you use a bit of common sense it’s actually pretty safe.

BM: Thanks for your time Sara, congratulations again and good luck on the SWA!
Sara is sponsored by: Tushingham Sails, Starboard, Reactive Watersports and Mystic

The ‘Puravida SWA Wave Series’ is run and organised by Puravida Boardriders with the support of ION accessories and Vandal Sails. Thanks to the SWA, the BWA and our event hosts Funsport and RB Sails for all their support. With the BWA done and dusted, the next event on the UK wave calendar is the first event of the Puravida SWA Wave Series. It...

With the BWA done and dusted, the next event on the UK wave calendar is the first event of the Puravida SWA Wave Series. It... 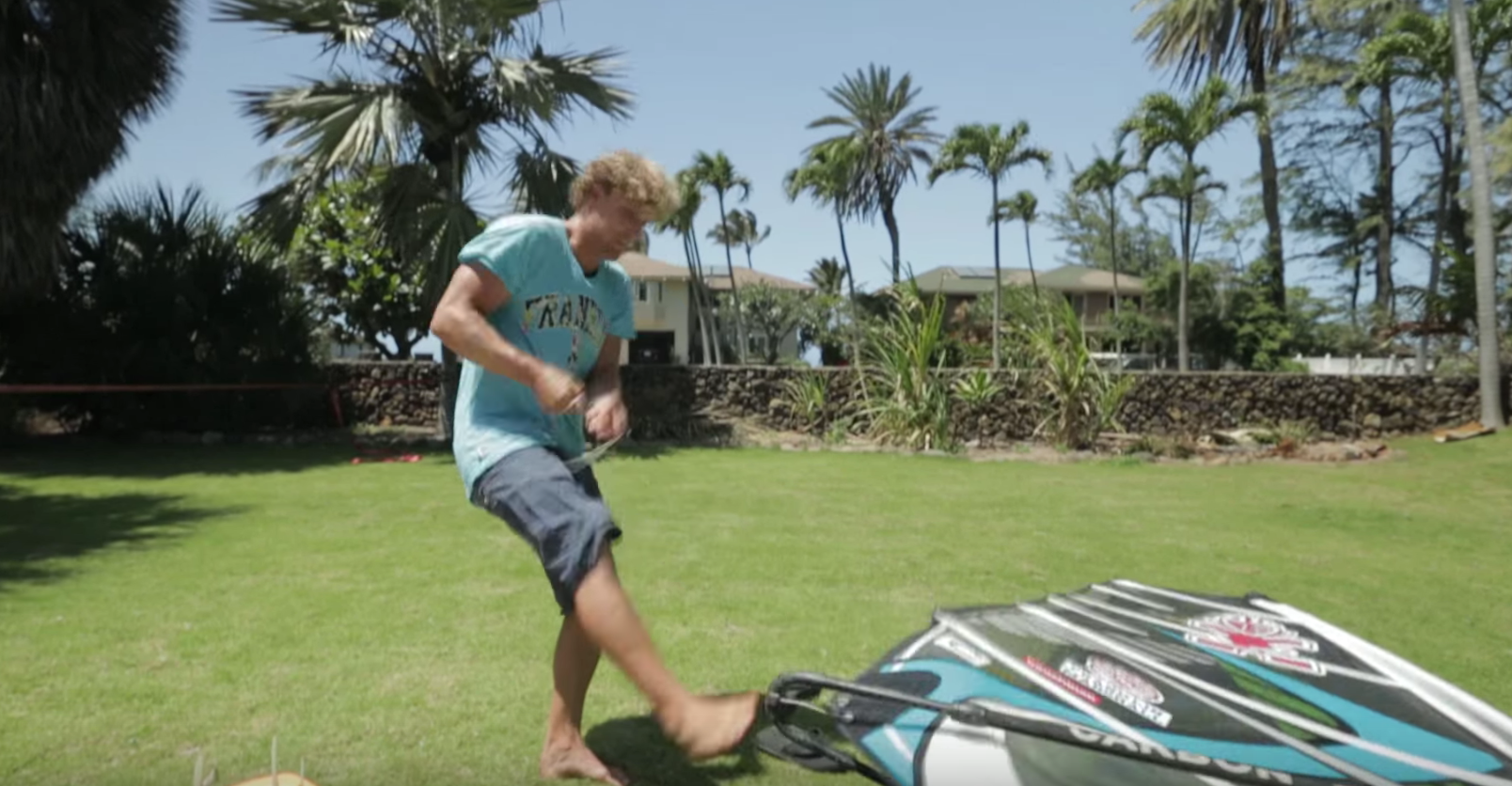 It’s been a while in the making but Chris ‘Muzza’ Murray stars in this amusing video of what Sh** Windsurfers Say. There’s a few classic... 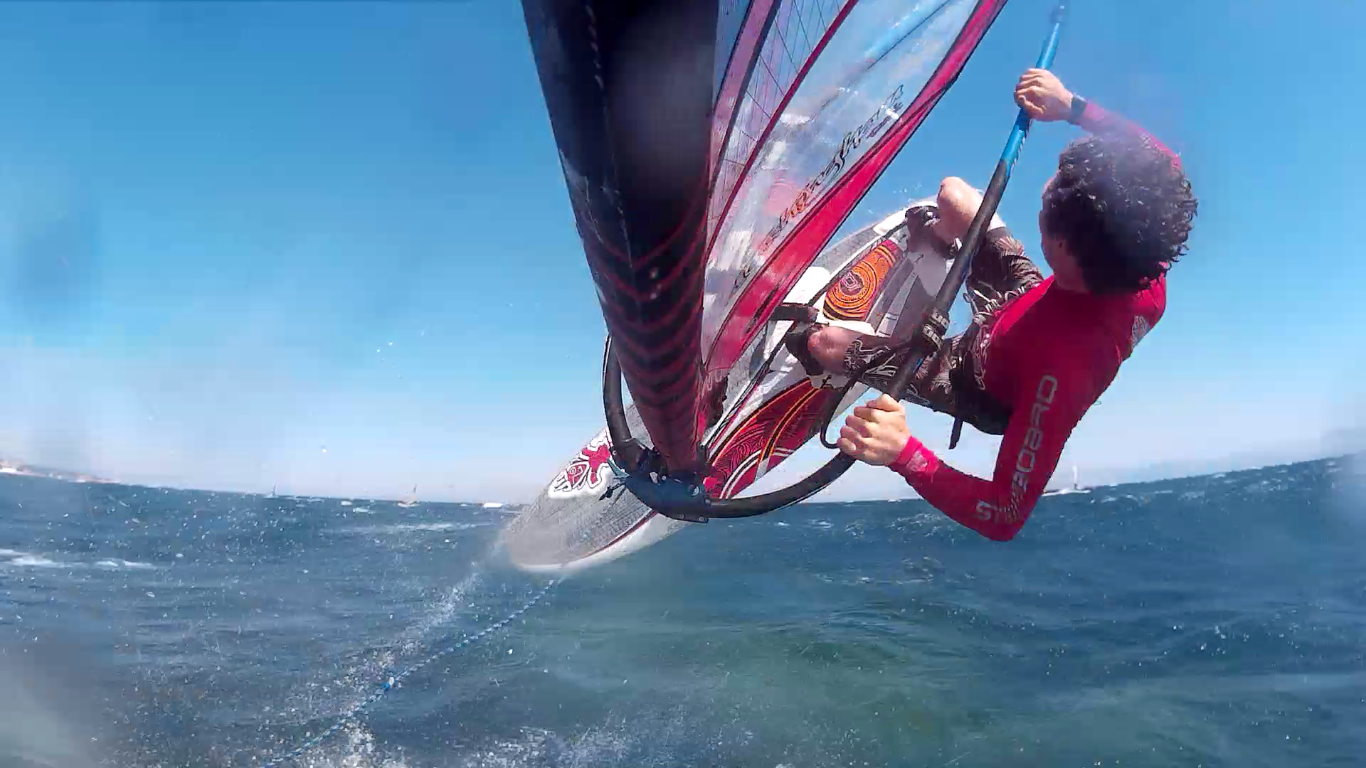 Once again Boards have teamed up with the SWA to bring you our latest feature on the next talented young wave sailor who has a...