The student windsurfers have been at it again, this time they scored great conditions in Rhosneiger. We’ve got a full gallery and report from the crew, check it out below. Heading up to Rhosneigr for the second round of the Puravida SWA Wave series we were always expecting a good forecast as it always seems to deliver. Arriving just ahead of Storm Imogen we had some pretty wild conditions that all of the students took on and braved with an impressive show of skill and fitness! Ben Page tells us about the main comp from the judges hot seat! 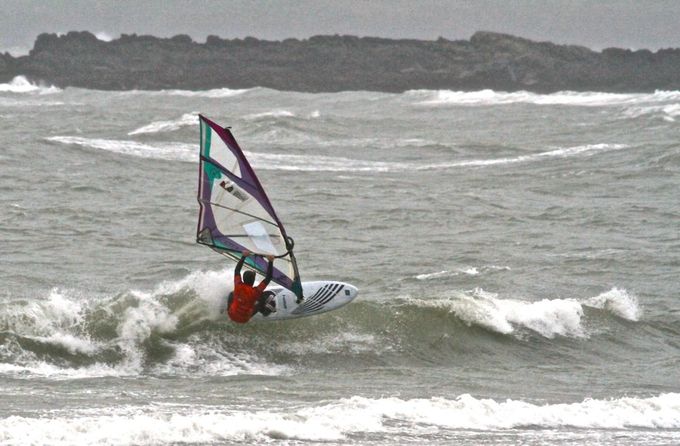 The single elimination kicked off in fantastic conditions, with sailors powered up on 4.5’s in cross shore wind and some great waves coming into the bay. The recent rise in standard on the SWA was clear to see right from the start, forward loops all over the place and some confident wave riding from all the competitors. After two early rounds the four finalists emerged; current tour leader Matt Cox, Sara Kellett, Louis Morris and Tom Bennett Lloyd. The final was hotly contested with all four sailors racking up impressive scores both on the wave and in the air. After ten minutes of competition, it was Louis Morris whose clean forward and aggressive frontside wave riding gave him the advantage to gain pole position ahead of the double elimination. The podium was completed by Sara Kellett in second place and Tom Bennett Lloyd in third. It was all to fight for though as we had good conditions, building waves and plenty of daylight to run the double elimination. 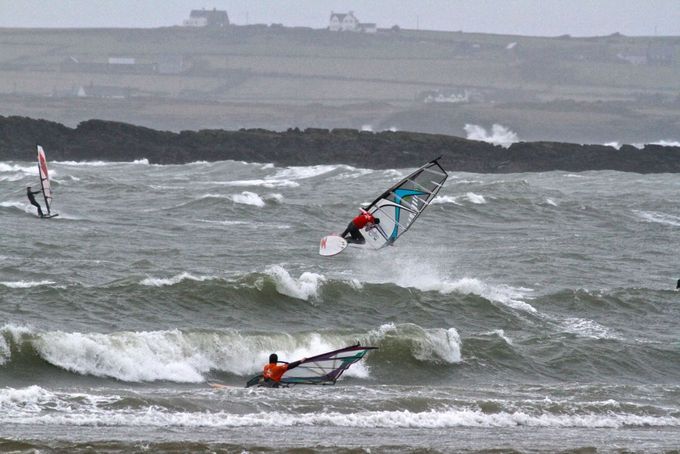 As the double started, the wind cranked up a notch and the competitors were feverishly rigging their 3.7’s to handle the pumping conditions. Stars of the double elimination were Leo Calnan advancing through two heats to finish in fifth place and Tom Bennett Lloyd who advanced past Sara Kellett to face Louis in the final. On the way to the final Tom’s waveriding was spot on, using his local knowledge to pick the best waves and always staying with the section. He was looking like a hard man to beat. With Louis’ strong jumping against Tom’s riding it was set to be quite a clash. 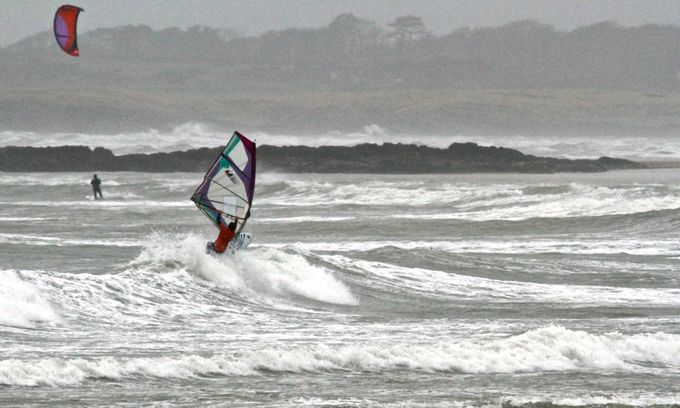 Louis kicked off the heat with a near perfect forward loop to gain the advantage, however Tom quickly matched it with an equally impressive forward of his own. With two waves counting it would be down to the riding to decide the winner. Tom’s wave selection was serving him well but he seemed underpowered and couldn’t take advantage of it with his riding. Louis managed to put together the better rides with a combination of well timed front and backside turns. Louis ended Tom’s comeback run and held on to his first place.

A special mention should also go to Louis for being the finest purveyor of crashes, a mad over rotated pushloop, a crazy forward bail in knee deep water and the utter destruction of a board. Well played Mr Morris!

Ben Page took some time out from there first round of the comp with his experience on the BWA Tour to judge alongside local ripper Steve Laddiman, these guys did a great job and offered the riders some top points and feedback from the heats.

Steve Laddiman – “The standard on the water was amazing to watch and a real pleasure to judge, some of these competitors were just getting onto the waves last year and were fully ripping it up in the storm this time round!”

Nigel Treacy, BWA Tour Director dropped in to see the students ripping it up and offer some great insight into joining the BWA Tour this year as the next step Nigel also said “I was so impressed by the standard of riding and competition by these guys, they took on some tough conditions today and the level of improvement just since last years event has been massive! I can see all of the riders out today would make a serious impression in the BWA tour”.

Rhosneigr is an amazing venue and always delivers the goods, especially in the winter. It’s not surprising so many good sailors call this their local break! We have to say a special thanks to Bucky at Funsport for hosting the event once again with his great facilities, shop and cafe right on the beach front! We wouldn’t have such a great venue without their support and look forward to heading back next year! For now, keep an eye out for the epic expression session and photo competition coming up with boards.co.uk and on to the next stop on the tour hosted by Cardiff University. It has been an epic year for the SWA Wave Series. With two firing events run already at The Bluff and Rhosneigr, it all boils... 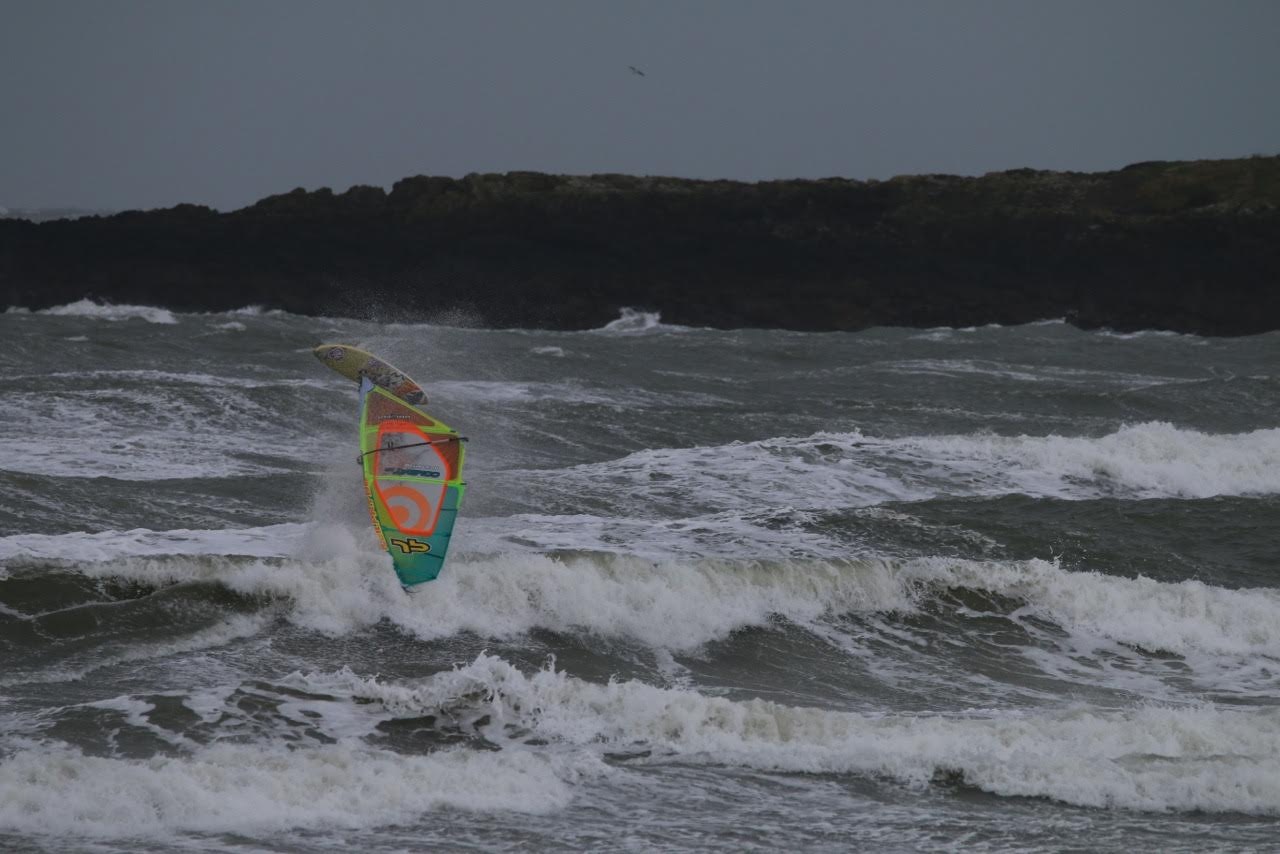 After a short teaser video the final report from the last SWA Rhosneigr event is here, make sure you flick through the gallery and hit...

It has been an epic year for the SWA Wave Series. With two firing events run already at The Bluff and Rhosneigr, it all boils...

After a short teaser video the final report from the last SWA Rhosneigr event is here, make sure you flick through the gallery and hit...

SWA Nottingham PondLife XII – The End of the World

With the end of the world at risk last weekend, 150 students headed to Nottingham to take it on together – would they survive to...

SWA Nottingham PondLife XII – The End of the World 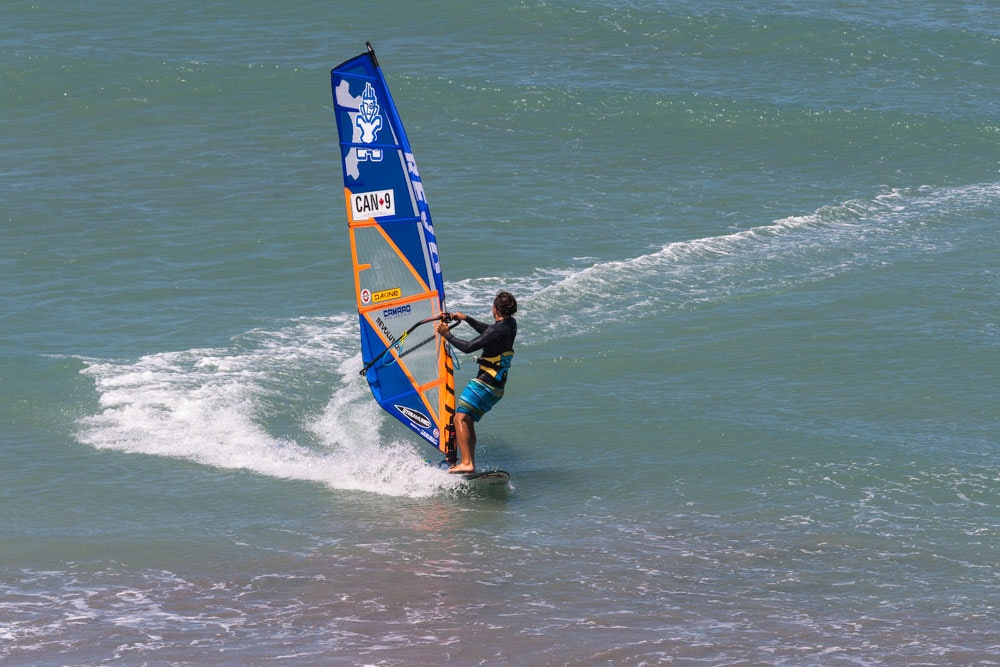 Canadian freestyle windsurfer Phil Soltysiak joins us again on Boards for the next installment in the core skills/freestyle basics series. Over to Phil… The Fast Tack is...