The second board to be tested by Adrian Jones and the Clones, in the 2015 50cm Speed Board Test is the JP Australia Speed…

More about the JP Australia Speed.

The JP Speed 50 is the mid-sized speed board from JP, sandwiched between the larger 55 and smaller 45 cm models. The JP is the shortest board in the group (jointly with Tabou) and it looks it. In fact, it has quite a distinctive look with its shorter, wider and more rounded nose shape, in contrast to the other more ‘gunny’ looking boards.

The JP has a bit of a reputation within the speed fraternity as being extremely rapid on tighter speed runs and you can see how the shape could lend itself to this. The mast track position is further forward than on the other boards, which again leads to the impression of having a shorter nose. In practice, we found ourselves compensating for the mast track position by using it further back in the track.

Hull weight is extremely impressive at 4.9 kg, pipped only by the Fanatic, whilst the quality of the pads and straps are up to JP’s usual high standard. We have to make comment on JP’s ‘health and safety’ notices, which now include a sticker claiming the board is ‘not to be stowed in a damp board bag’ as it will encourage the stickers to come off! Whatever next…perhaps a warning that the boards shouldn’t be used in water?! It’s getting a touch ridiculous.

Tail width is second widest of the group, again, just topped by the Fanatic and JP recommend a sail size maximum of 7.0m with an ‘ideal maximum’ of 6.2m. We would be more than happy to use the JP with a range of sails from 5.5m up to 7.0m and perhaps even a little larger. The JP felt like it had the biggest sail carrying capacity of the test group.

The first thing you notice about the JP is its ease of use. From the second you set foot on it, the JP feels stable and comfortable whilst the wider nose offers lots of support and is very forgiving when it comes to getting onto the plane. The JP was in fact arguably the easiest and quickest board of the group to get planing.

Once on the plane, the JP has loads of control and even in rough chop, remains trimmed and level. Initially we expected that low, wide nose to be a problem in chop, but in reality, so long as you aren’t going too broad, the JP just oozes control and with that comes confidence and therefore speed.   As a board for blasting around on choppier open sea, there is no doubt the JP ticks the box.

Pointed down a proper flat-water speed course, the JP is just as capable.

Where the other boards feel longer and gunnier, the shape of the JP gives the impression of greater stability and security, which gives the rider a huge amount of confidence when riding, especially in more demanding conditions.

Even in the gybes, the JP is really good. On flat water, its fair to say all of these boards are great fun to gybe, but crucially, the wider nose of the JP helps on the exit where the other boards are more prone to stalling.

Pointed down a proper flat-water speed course, the JP is just as capable. As its reputation hinted towards, it does feel slightly more potent on tighter courses, where its extra width and shorter nose seem to help control and taking the load of a more powered-up rig. It also seemed to like being sailed slightly ‘railed’ to leeward, rather than completely flat, which lends itself more to tighter speed courses.

On a broader course at full speed, the JP is still right up there in terms of competitiveness. Splitting hairs, you could comment that it was slightly slower to accelerate at top speeds in the gusts than the Mistral and perhaps Fanatic, but only by a tiny amount. Riding the board slightly trimmed to leeward did became less natural on the broader angles, particularly for lighter, less powerful riders.

Powered up on a 5.5m rig, the lighter riders were beginning to find the limit of the JP’s width and would be looking to start changing down board size at this point.

Another great attribute of the JP is how well it comes back upwind. This may seem like a less important asset of a speed board, but after a 500m downwind run, you will be a lot quicker starting your next run if you can sail back upwind rather than walk! The width, short nose and flat trim of the JP all come into their own upwind making this the best board of the group for getting back to your starting point.

The JP offered the biggest sail carrying potential of the group, but also one of the easiest, most rounded performances. It was the quickest board to get going on, gybed incredibly well, was great in chop, arguably the fastest on a tighter reach and the best for getting back upwind on. On the broader, maxed-out speed runs, the JP could still rival the fastest boards, but took a little more rider input (and perhaps weight and size) than it did for all other aspects of its performance. A true all-rounder, with a very forgiving nature. 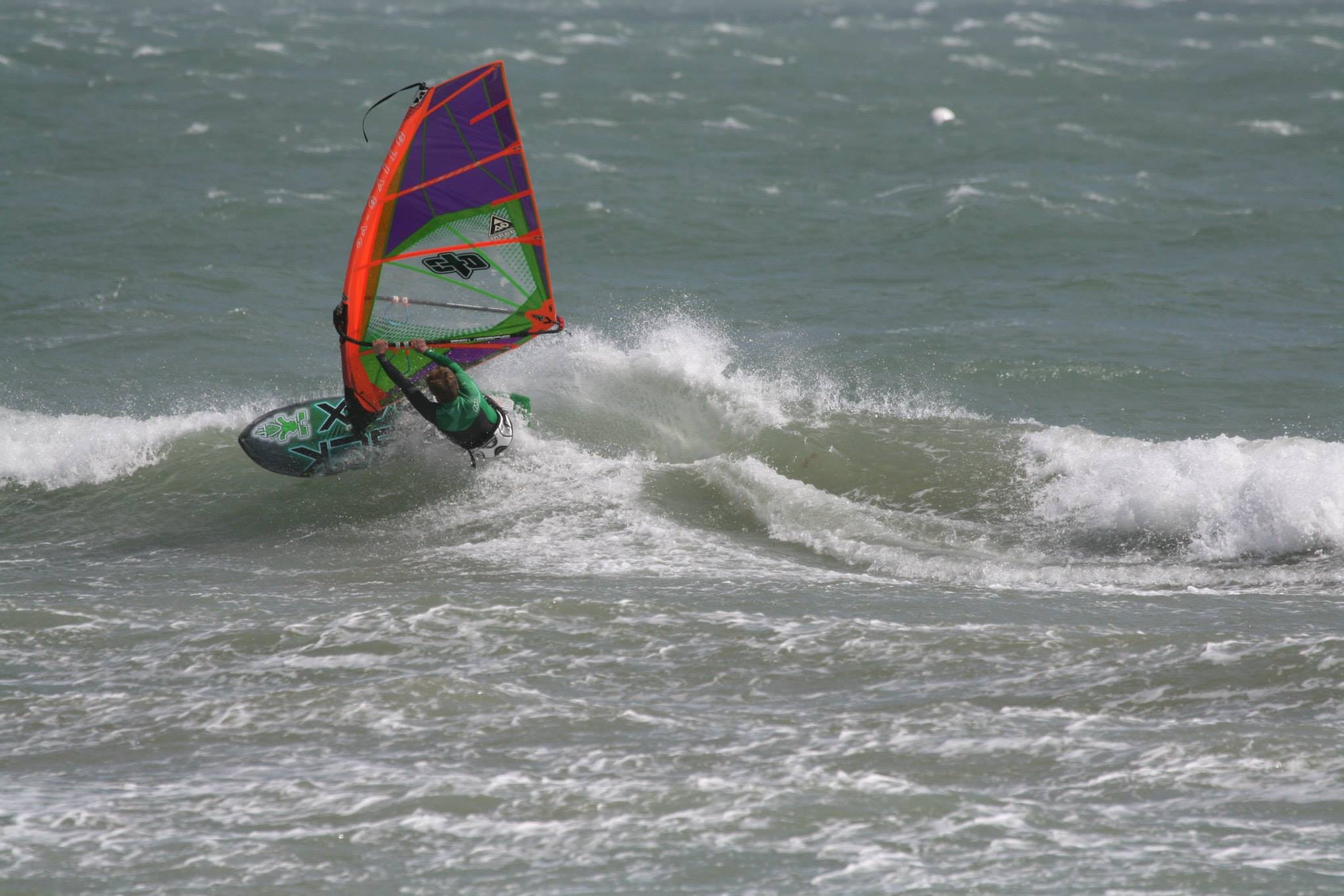 This month on Boards it’s all about the youth and the future stars of windsurfing, but as we all know you can’t stay a kid... Earlier in the week we caught up with young windsurfing star Maxime van Gent, for her advice on getting into windsurfing and more, now it’s... The world of windsurfing jargon can be a confusing one, with newly invented moves and the latest lingo occasionally stumping even the best of us. Amy Chambers explains...

This month on Boards it’s all about the youth and the future stars of windsurfing, but as we all know you can’t stay a kid...

Earlier in the week we caught up with young windsurfing star Maxime van Gent, for her advice on getting into windsurfing and more, now it’s...

The world of windsurfing jargon can be a confusing one, with newly invented moves and the latest lingo occasionally stumping even the best of us. Amy Chambers explains... The Importance Of Junior Sails - What and Why

With windsurfing equipment becoming lighter and more refined over the years you would be excused in believing there is no need for specific junior sails...

The Importance Of Junior Sails - What and Why 6 Reasons Why Raceboard IS Cool

What do the the likes of Robby Swift, Ben Proffitt, John Skye and many more of the UK’s top windsurfers have in common? They all grew...

6 Reasons Why Raceboard IS Cool