Adrian Jones and his test Clones test out the next board in the 2013 freewave test, the Goya One. The Goya One is a time proven shape that has been designed to do exactly what it says on the tin – One board for all conditions.  The One is supplied in two constructions; Pro (tested here) and Eco.  The smaller models (86L and down) are supplied as tri-fins, whereas the larger sizes including this 94L model are all designed as powerbox single fins.

Looking at the dimensions, the One sits pretty much in the middle of this group with regard to length, width and tail width.  The 27cm fin supplied is the second largest of this test group.

Despite what the dimensions tell you, as soon as you step on the One, it feels bigger underfoot than the most of the group.  We believe that the larger fin and relatively flat deck attribute to this sensation.  In a straight line, it has a very comfortable freeriding stance, feeling extremely easy to sail and well behaved underfoot.  In default positions, the strap spread (space between front and back strap) is narrower than the other boards, however Goya have a fantastic system where the hole spacing of the front straps is greater than the rear, allowing much more tuning range for shorter and taller riders.

Feels quite fat and wide so you need some weight or attention to push it through the turn.

When not planing, the One feels very stable underfoot, helped by the flatter deck and impression of width.  Feeling slightly heavier than some of the other boards, it takes a little more work to release it onto the plane, but once on the plane, it is one of the best in the group for maintaining planing through the lulls.

Top speed is relatively average within this group, although the easy feel of the ride definitely takes a little away from the overall sensation of speed.  Underfoot, the One feels quite settled and more planted than some of the other boards in this group right up until the top-end, where that big fin does start to feel a little draggy and can begin to lift the board a bit too much.  It is fair to say that it felt a little over-finned at the top end (well powered with 5.3m sails), so it would definitely worth purchasing a change down fin if you plan using this board a lot in high winds.

In a straight line it’s really easy to sail and comfortable.

Once on a wave, the One is predictable, safe and easy to turn, holding speed well through the bottom turn.  It feels one of the largest boards underfoot and really can’t be cranked as tightly as some of the others – particularly the tri-fin boards, which were generally in a league of their own when it comes to wave riding.  Never-the-less, the One was one of the more potent single fins within the group meaning novice wave riders and heavyweights should get enough potential out of the board to suit most of their requirements.  For backside riding, it’s a similar story; feeling bigger and less agile than the tri-fins, but still plenty on offer.

Overall, the One is a very easy riding and comfortable board to sail and definitely leans more towards these traits than those of raw manoeuvrability.  The quality of fittings and attention to detail is very good

Good for wobbling as it’s so wide. Needs a little bit of work to get it going, but once you get planing it stays there really well because of the width and size.

As a high wind freeride board the One is fantastic as it is very easy and comfortable to sail.  The flat deck also gives it some reasonable freestyle potential, particularly with a much smaller, freestyle fin in place. For bump and jump it works fine, but the feeling of size and lack of snappy agility limit it to some degree as it does on the wave face.  It definitely feels like the design leans more towards high wind freeride than lightwind waves.

“Multi-fins do have very different attributes to single fin boards, albeit some better and some worse. The Goya One 94 was designed as a single fin so as to not compromise the freeride element which we feel is important in this size to truly have a “one” board solution. Our Goya thrusters start at 86lt and below which is the point at which we feel a heavy wave bias has to be catered for.

The Goya One 94 provides a reliable, inspiring platform from which you can explore your wave riding and higher wind freeriding in an effortless all in “one” package, that said it is definitely no slouch in the waves and will reward committed riders.”

A full list of UK dealers is available here on the Zero Gravity website.   You can also find out more about the One and other boards in the Goya range of their own website here. 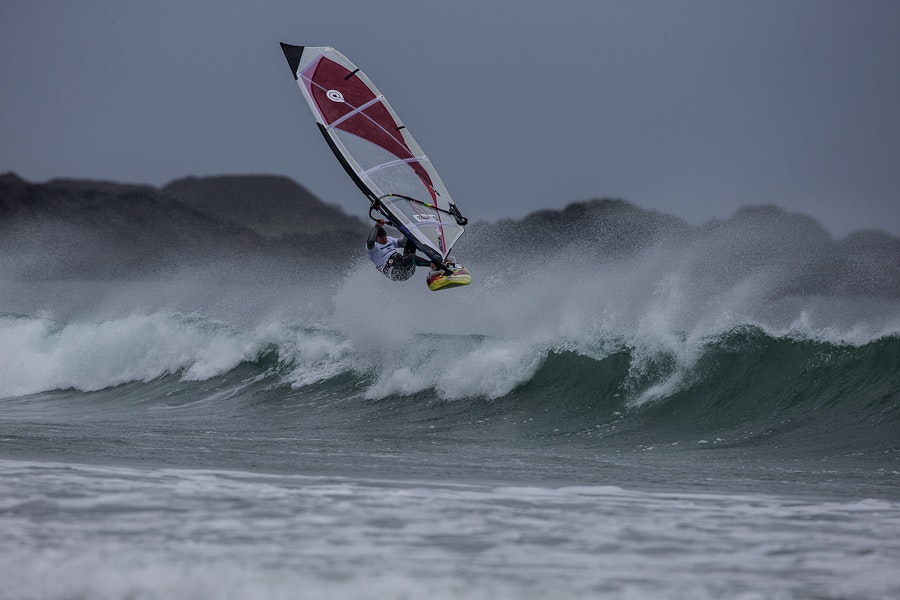 Stena Line up to £1000*cheaper than airlines this Christmas CHRISTMAS never does come cheap, but leading ferry company Stena Line has a money saving travel tip...