Are inflatable boards the future? Can they out-perform their traditional counterparts?

Adrian Jones investigates how the Fanatic Viper compares to the Viper Air… can an inflatable board really be the answer?

Two years ago, Starboard launched the first inflatable windsurfing board and straight away it was clear that the world of windsurfing was about to change. Now, the change probably hasn’t happened as quickly as I expected, or as quickly as SUP have managed, but there is no doubt that it’s coming…

Ever since I tried that Starboard, I can’t help but look at ‘longboards’ in a different way. A few days ago, I watched two delivery drivers struggle to unload an enormous cardboard box from the back of their van – a van that had to be chosen specifically to deliver this package because of its vast size. They were delivering a new ‘longboard’ to me. After they left, I barely managed to drag the enormous object into my garage, where it then completely consumed every inch of spare space I had left. As for the box, I am guessing several forests were lost in its production.

Surely this style of longboard is hanging on to life, when really it has no right to exist any more? Are longboards of traditional construction not the dinosaurs of windsurfing? Large, monstrous creatures that once ruled but have now been out-evolved by far more intelligent and adaptable alternatives: namely inflatables.

But is this really true? Are inflatables the all-encompassing answer to longboard windsurfing now? We decided to find out by comparing two Fanatic boards – sharing the same name, similar dimensions and, most importantly, the same design objective. On the old team we have the much acclaimed benchmark beginner/ lightwind windsurfing board – the Fanatic Viper (hard); whilst on the new team we have its air-filled sister – the Viper Air.

To make this a fair comparison, we have recruited a couple of first-time/ beginner windsurfers, Elysia and Alistair, to see how their uninfluenced opinions might stack up with our own…

Find out more about both of the Fanatic Vipers here.

Comparing the dimensions of the two boards, they are roughly the same length and exactly the same width; however, that’s where it ends as the volume, weight and pricing are all quite different.

Volume is much higher on the 290-litre inflatable, 70 litres more in fact, yet it weighs in at just 12 kg, which is 3 kg lighter than the hard version. Both boards were weighed bare, so of course adding the fittings will further increase the weight difference, as only the hard board comes equipped with a retractable dagger board and footstraps. The hard version is slightly more expensive at £1049, against £999 for the inflatable.

Overall, the lighter weight, the potential benefit of extra volume and of course the cost saving, all contribute to a first win for the inflatable version.

To the untrained eye, the Viper Air looks the funkier product, particularly with its bright red colour scheme. It looks more interesting and certainly had lots of attention from onlookers when setting up. On closer inspection, however, the hard version has the better spec – coming complete with footstraps, powerbox fin, masttrack and of course the retractable daggerboard. The Air has no footstrap options and US style boxes for both the rear and (optional) centre fin.

The Air is marketed as being SUPable as well, which was enough in itself to sway both Elysia and Alistair towards this board, if they were going to purchase. Both felt that getting two sports for the price of one would make their spend more justifiable.

It’s a harder call between the two boards here for a winner. A dedicated windsurfer would probably call the hard, due to its better spec and opportunity for planing performance; however, our two novices, who this board is ultimately aimed at, have opted for the Air. The additional SUP option, the fact it transports and stores so easily and its more funky appearance all decided the win for the Air.

The hard version weighs over 16 kg complete and is nearly three metres long, meaning it won’t even fit in the back of most vans! Meanwhile, the Air folds up into a rucksack that Ryanair might (almost) consider for hand luggage; need we say anymore?

It’s a hands-down win for the inflatable in this category.

Getting ready to windsurf is a hassle and anything that can be done to reduce that is, in my opinion, great news. Unfortunately, pumping up a board to 22 psi before you take to the water is less than ideal. So too is having to fiddle around with nuts and bolts in US style fin boxes every time you want to go windsurfing.

For a lighter weight girl, getting the board to 22 psi is nearly impossible, luckily for around £50 you can buy an electric pump that will do all the work for you, in less time than it takes to put your wetsuit on! If you are going to be inflating and deflating on a regular basis, you need one of these!

As for choosing a winner, it’s a tough call this one. Without the electric pump, it’s a win for the hard board; however, with the electric pump, the fact that the Air is lighter to carry and doesn’t need to be tied to a roof rack means that it claims another win here.

On the water – winner: Hard

As beginner boards, both were more than capable of the task; Elysia and Alistair made rapid progress on each of them. Windsurfing really is so much easier these days, with these wide, stable boards and lighter rigs!

If you haven’t tried an inflatable, you really should, even if it’s purely for curiosity’s sake. Just how far the technology has come really is impressive.

Interestingly though, it was the hard board that Elysia and Alistair chose as their favourite for performance. The thinner shape and slightly heavier weight made it marginally more stable in the water than the Air. The daggerboard also helped with stability and of course windward performance, but ultimately it was the hull stability that swung the favour in the direction of the hard. It has to be said, however, that the difference was fairly minimal. It is also a result that may be more specific to these two models than to inflatables in general.

Having a more intricate shape, particularly on the rails, together with footstraps and a powerbox fin makes the hard board the only sensible option for progressive windsurfing i.e. getting into the footstraps, harness and ultimately planing.

In the future, there is a strong possibility that inflatable boards will develop to become decent planing boards but, for the time being, the shaping limitations mean that the inflatables are best suited to non-planing work.

So, it’s a clear win to the hard board here…for now!

Beginner windsurfing boards are pretty durable – they have to be; the big question is whether the inflatables can match this. If you haven’t handled an inflatable before, don’t be mislead into thinking that it’s going to be feeble like a bike inner tube, ready to puncture the first time a piece of seaweed blows onto it. Fanatic describes their outer material as a durable tarpaulin PVC and the stuff certainly appears extremely tough.

Of course, the board is going to be resilient in a different way to a traditional hard board. Bang this on a concrete slipway for instance and it will absorb the impact, unlike a traditional board that will sustain impact damage. The fact that it is lighter also makes it less likely to be dropped with such force and incur associated damage.

How the material will fare up to things like abrasion over time is yet to be seen, but having seen how the SUP boards are handling long-term use, there doesn’t seem to be too much cause for concern. In fact looking at inflatable SUP boards that have been abused in rental centres for a year, they look a lot better than the hard equivalents.

As for a winner, I think if you are looking for a board that will still be here in 15 years, then you should put your money on the hard construction. If you are looking for something to take the regular knocks and bangs of a typical beginner board over the next five years or so, then you may well find the inflatable to be more durable. However, as an ultimate winner for long-term durability, the safe bet is on the hard…probably!

In conclusion, it’s not actually very easy to draw an outright winner here because the answer depends upon what you are buying the board for.

If you want a board for light winds only and perhaps also fancy the idea of SUPing on it as well, then the inflatable certainly makes a very persuasive argument. Start to consider any kind of storage or transportation limitations and it instantly becomes a no-contest, with the inflatable the overwhelming winner.

However, clinging on for survival, the ‘dinosaur’ hard board manages to delay its extinction thanks solely to its on-water performance. For beginners there is virtually nothing in it, but as progress is made only the hard board will deliver proper planing performance. So if you are looking to buy a light wind/ beginner board that you can also progress to learn basic planing techniques on, then you definitely still need to be in the market for a hard board.

Your alternative is of course to buy an inflatable for now and as you progress, keep the inflatable as your light wind and SUP board and purchase a shortboard to learn planing skills.

With inflatable technology developing at a massive pace, I am quite sure that the future, certainly of bigger boards, lies in inflatable technology. It won’t be long before the current shaping limitations are tackled and the inflatable boards will be offering decent planing performance as well. Combine that with the cheaper construction method, lighter hull weights and of course the fact they can be transported and stored within a small rucksack and there is no doubt we will soon all be witness to the extinction of the ‘hard construction’ dinosaurs. A month after showcasing their 2016 wave and freestyle range, Fanatic announce their 2016 freeride range too. Here the Fanatic team give you a closer... At the weekend Siam Park in Tenerife was the setting for an epic super session – with manmade waves and jet ski power – the worlds... A month after showcasing their 2016 wave and freestyle range, Fanatic announce their 2016 freeride range too. Here the Fanatic team give you a closer...

At the weekend Siam Park in Tenerife was the setting for an epic super session – with manmade waves and jet ski power – the worlds... 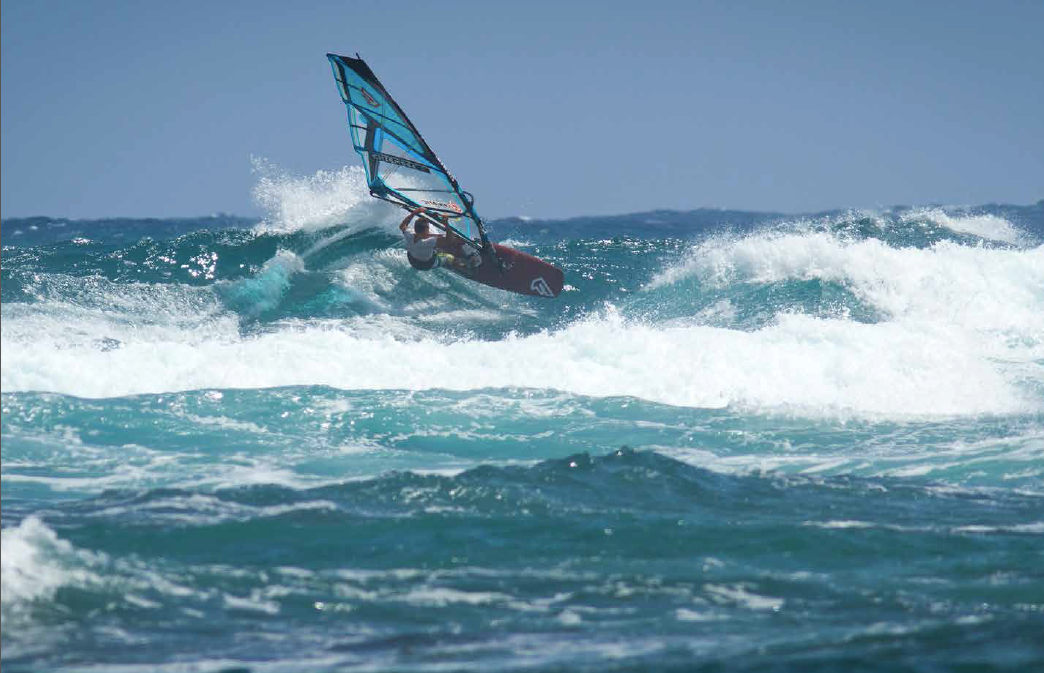 The Story Of The Stubby

The Stubby… Last Autumn we heard of a brand new innovation from Fanatic… a board that was top secret and a completely different style to what...

The Story Of The Stubby Fanatic have just launched their 2016 freestyle and wave range, including the brand new Stubby. Check out what Fanatic have to say about the range...