With two wave rides and one jump  to count the competition was set to bring the true wave riders to the forefront.

The conditions turned onshore, with the waves disappearing slightly and the wind dropping so Duncan Coombs has made the call that no more competition will take place today.

It has already been an unexpected start to the competition for many, with a few early upsets.

Surprise entrant Scott McKercher has been on fire today, taking the win against Ross Williams. In the next heat third placed man from Pozo Dario Ojeda struggled against young gun Martin, who was sailing exceptionally well in the relatively late conditions. Ojeda took the win, but it was a close call with the judges.

John Skye broke his mast in his heat against Martin ten Hoeve, and struggled to recover, with the big Dutch man taking the win. After sailing an incredible first heat Leon Jamaer faced Fernandez and Fernandez took the win, opening with an incredible double and then continuing the heat with the same form.

Local boy Adam Lewis sailed convincingly through his first heat, to meet Voget in the next round. This was probably the closest heat of the day, the guys being tied on scores and Voget winning only on count back taking the best jump. Lewis looks fired up to take it on in the double.

The next big upset was Browne being taken out by Omar Sanchez, Browne landed a solid one handed back loop but lacked the wave rides to back it up. Browne looked underpowered in his heat, and shortly after this the competition was called to a halt.

We will resume in the morning with the tank Kenneth Danielsen taking on Jamie Hancock and Ricardo Campello facing Arthur Arutkin.

The competition will continue to heats 16, before sending the ladies onto the water for the first round of their competition including Irish lady Katie McAnena in her first PWA competition!

Be sure to check back to Boards and http://live.mpora.com/pwa-tenerife for all the latest tomorrow.

2 waves 1 jump to count in the current heats.

Day one here in Tenerife and the conditions are already firing. Some solid waves are building in the bay and the strong winds forecast are already blowing through.

Registration is under way, skippers meeting is at 12.30 with the first possible start of 13.00.

We will of course be bringing you the live stream plus a lot more on Mpora Live at http://live.mpora.com/pwa-tenerife

Sad news from yesterday is the talented French lady, Alice Arutkin dislocated her shoulder and is therefore out of the competition. Apparently Alice is doing well despite the injury, we will catch up with her later for a full update.

All the top guys have been out since the end of Pozo. Some chose to take it easy yesterday, but others hit the water for one last sail before the event.

Check out this incredible video from sister site Boardseeker from yesterday, in today’s news…Boardseeker news 12th July AM

Check out the gallery from yesterday featuring a few of the top PWA sailors plus some more action, courtesy of James Randall. 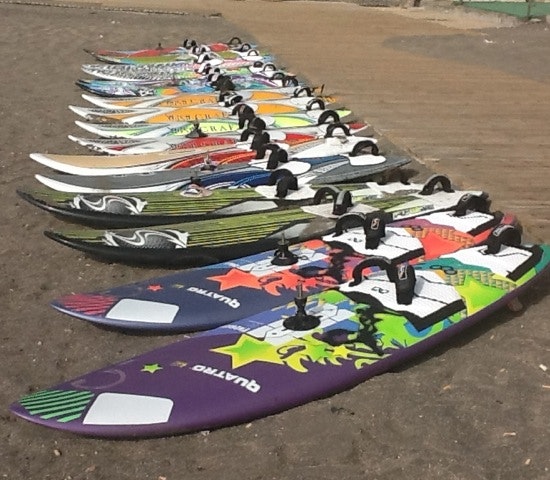 Tenerife is once again the chosen location for the annual wave test and the team are currently in the thick of it putting some of...

Tenerife is once again the chosen location for the annual wave test and the team are currently in the thick of it putting some of...

Catch up on all the video highlights from the PWA… In the 60knot winds of Pozo one Brit stood out, on the final day of competition, flying through heat after heat in the double elimination...