The 2013 International Raceboard World Championships will take place from the 2-7th September on the Nove Mlyny Reservoir, in the south of the Czech Republic; Boards catches up with British competitor Louis Morris to find out more about the upcoming championships and his preparation…

I’m expecting light wind conditions, the notice of race tells me a prevailing force 3 wind, windguru tells me the wind rarely gets above 10 knots in the summer. Strong winds aren’t my strength, so I guess is should be glad the wind is light!

I feel fast and comfortable from 8 knots and up, but not in the super light winds that we could get. I’ve been training as much as possible in light wind conditions at weekends, and often an hour or so after work at Elie, Largo, or off East sands beach at St Andrews (where I currently live).

I’ve also been trying to improve my fitness as much as possible so that I don’t fizzle out from pumping too much! I haven’t been trying to gain or loose weight, I think I’m about 66kg, but that was a few months ago! I hate going to the gym, and I never feel like I need to be heavier until it gets above 16 or 17 knots. So, my land based training has involved road cycling (on my mountain bike) around the Fife countryside after work, and biking and walking up some Scottish mountains, windsurfing (Raceboard, waves, bump and jump freeride), press-ups and stretching.

There are 3 windsurfers representing the UK: myself GBR-730, Mark Roberts GBR-1113, and Paul Wright GBR-788, who I will be driving with. There are 88 entries at the moment, mainly European including a lot from Slovakia and the Czech Republic, as you might expect. However, slightly less expected are the strong teams from Argentina and Australia. The fleet is larger than it has been since 2009.

I have never competed internationally on Raceboard, so I don’t really know any big names. However, I’ve done some research, and one name on the entry list stands out big time: Patrik Pollak, SVK-1. He competed in the Bejing Olympics and was Raceboard world champion in 2011 and 2006, 3rd in 2009, 2nd last year, 2nd in 2010, 3rd in 2007, and masters world champion in 2010. He will be a tough one to beat! The 2012 and 2010 world Champion, Maksymilian Wocjik hasn’t entered. Petr Kucera from Czech Rep got 4th last year, and 2011 masters champion Vincent Huguenin from Switzerland, could be one to watch, as could Juha Blinnikka from Finland with several top 10 finishes under his belt, his son Daniel isn’t competing this year: he got 3rd last year.

We are allowed 1 board, 2 fins, 2 daggerboards, and 2 sails to be registered for the event. I will be using the Starboard Phantom 377 with the stock Drake 52 fin and 78cm daggerboard. I also have a 46cm fin for stronger winds. I will be using the Tushingham XR Race 9.5, the same production sail that I’ve been using all season. I have a Tushingham Lightning 8.5 for strong winds, as well as a prototype 9.5. I might take both but I doubt I’ll use either: the wind will be light, and I’ll stick with the race winning production sail that I’m comfortable with.

Find out more about Louis at www.louis-morris.co.uk or on Boards here. 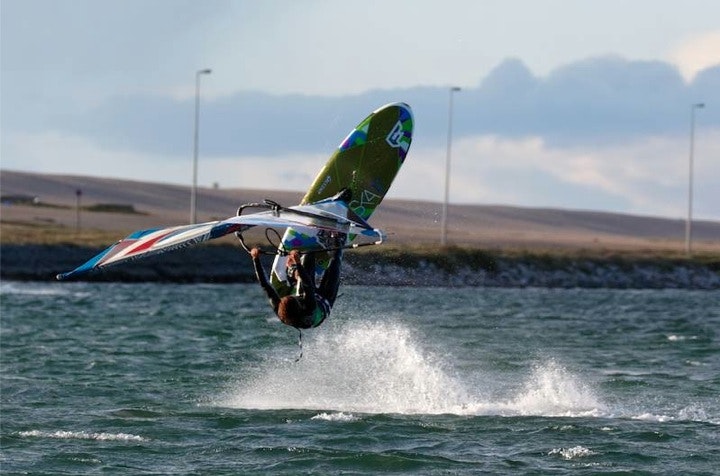 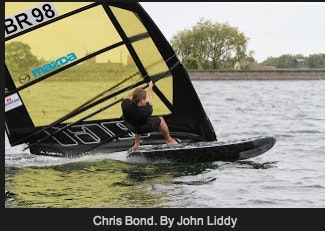 The UKWA have just returned from a busy weekend of racing in Pwllheli in north Wales, Louis Morris reports the highs and lows… The UKWA Cup...

The UKWA have just returned from a busy weekend of racing in Pwllheli in north Wales, Louis Morris reports the highs and lows… The UKWA Cup...

The UKWA are journeying to Pwllheli this weekend for the next course racing event of the series. Boards caught up with regular competitor and (it seems!)... Louis Morris is off to the Raceboard World Championships very soon, and stands a very good chance of doing pretty well. Boards will, very soon,...