Andy King continues his tales from the south west, this time sharing a story from Mexicos where some ‘legendary’ faces came out to play.

With the Cornish trade winds having taken a break for a week or so the local wind addicts were getting twitchy for their next fix. Some were even resorting to torrid tasks like DIY or even going to work. Thankfully it wasn’t long till the long range forecast on bigsalty.com was showing some promise with two solid days of waves and south west winds heading to Cornwall at the end of the week. Sod’s law meant this would fall onto my set of early shifts and with few staff on my chance of getting time off wasn’t looking good. Thankfully for me as the it got closer to the day of reckoning the forecast shifted back a day allowing me to use my last bit of leave to escape the monotony of paper work I was drowning in and to take Friday afternoon off.

I’d spent Thursday at work doing my upmost to ignore the wind that was buffering the tree’s that seemed to be positioned everywhere I went. I heard from my brother Steve that they’d sailed Mexico’s at St Ives bay but that it hadn’t been quite right with large waves closing out on the low tide bars making for very tricky and dicey conditions. In the end the crew had given up before them and their kit got destroyed and had headed to the south coast to get some water time at Marazion.

Now I have a pretty rubbish track record of scoring decent sessions when I take time off work as it seems like the wind gods like to punish my greedy nature but in truth this day I didn’t really care. I was desperate to get on the water and with my 104 Goya quad in the van and a 5.7m eclipse I knew I’d at least be able to wobble out and catch a wave or two.

Luckily for me one of the top Cornish photographers Joe Cockle of JNP Events Photography had just got himself a new camera and was super keen to try it out so we met at Lidl’s in Hayle and having bought a few miscellaneous tools that seemed like a bargain but no doubt I will never use we heading off to the beach.

I’d already checked out the Bluff and it was clear the swell had dropped a little since yesterday. For once this was good news as it meant Mexicos or Gwithian were much more likely to be on. Now I am a big fan of Gwithian when it’s good as the wave has some great sections allowing for long rides with combinations of aerials and big turns but I knew the wind today had enough west in it to make Gwithian crumble and I wasn’t going to settle for crumbling waves when I knew Mexico’s would be offering up clean cross off conditions. Yes it may be a little bigger at Gwithian and even have slightly cleaner wind but the sets would still be grinding through at Mexico’s so that’s were we headed.

We weren’t disappointed as on our arrival we were met by sunshine, head high plus waves being groomed by 25knts of side offshore wind. Better still we were the only people there although that soon changed when the local school turned up with a minibus full of surf groms. School has definitely improved since my day if PE lessons now extend to hitting the beach with your class mates. The teachers went on to tell the kids that there was a strong cross off wind and to watch out they weren’t blow all the way to Gwithian… proper Cornish health and safety risk assessment.

With the wind forecast to pick up into the evening I was in no rush and casually rigged my 4.7m Eclipse and 84L Goya quad between the showers. It was a shame I hadn’t brought my Beach bum bean bag as in the sunshine it was almost like summer an illusion only shattered as I climbed into my Mormaii winter wetsuit and hood.

The major storms that hit Cornwall over this amazing winter have left their mark on the sand dune beaches with many like Mexico’s now having a near vertical 20ft sand cliff face at the base thanks to the foot of the dune being washed away. This is quite fun to negotiate on the way down but not so much fun on the way back up!

Having slid my way down the drop I was soon hitting the water with the conditions looking super fun. The sun was out, head high waves were marching in and the wind looked a solid 20 – 25knts side offshore. Fulling planning straight off the beach I felt the stress of work etc just blast away off my shoulders and as a back loop ramp walled up in front it of me I got the perfect way to let off some steam as I rocketed in to the sky watched by an audience of school kids ambling their way back up the beach.

The wave weren’t big by any means but they soon became super throaty as the tide started to push offering some nice aerial sections or vertical walls to hack. Timing was critical and despite getting the majority right there were still a few arse clenching moments as I had to eject whilst praying that my booted feet were free of the straps. It’s actually amazing seeing how high and far your kit can pitch an aerial with out you on board, I clearly need to loose a few pounds!

A few more vans pulled up in the car park and I was joined by a true Cornish wave sailing legend in the form of Duncan Coombs. It’s pretty cool when you think Duncan was ripping these same beaches to pieces over three decades ago and he was still killing it today.

Nick and Rich also joined the party and the four of us shared wave after wave in the sunshine. A few hours passed before I knew it was time I should be heading home but it’s hard to leave a beach when the conditions are still firing. Half an hour later after a dozen or so “one more” waves I finally called it a day and made my way to the foot of the sand dune that seemed to grow larger with every step I took towards it. A top tip for sailing any sand dune beach is not keep a little energy in reserve for getting back to the van especially if you have the same kind of OCD as me about keeping your kit free of sand.

The sand vert wall had thankfully been traversed by 20 school kids so there was the odd area of firm footing and I was soon back to the van with another great session under my belt, certainly better than an afternoon at work. Goya and Quatro demo centre, Quiver Windsurfing, are launching their brand new centre on the weekend of the 10th – 11th May. Check out the... 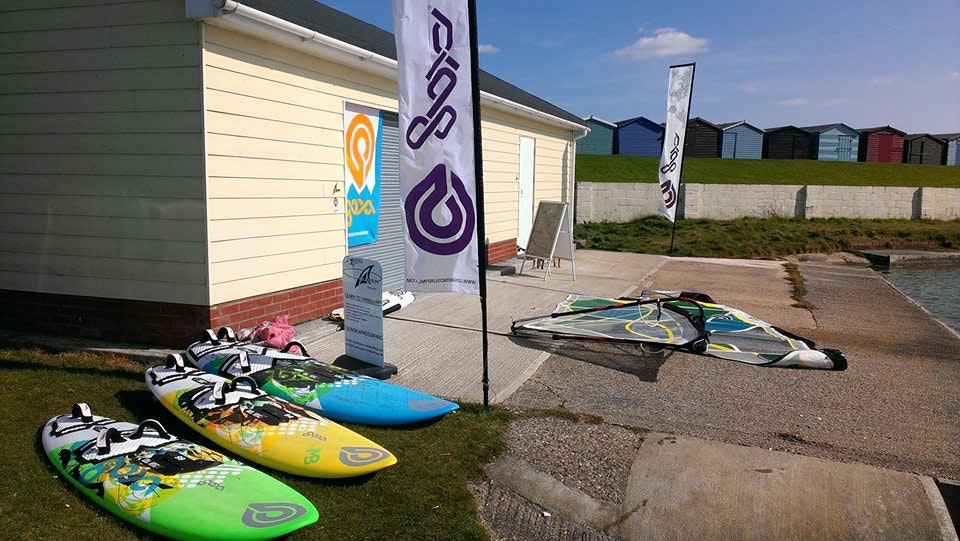 The Quiver windsurfing school and Goya test centre is ready and waiting for you! The perfect lagoon is the perfect place to introduce a friend...

One of our 8 riders under 18 that will blow your mind, Loick Lesauvage has certainly upped his game of late and is riding is progressing...

Goya and Quatro demo centre, Quiver Windsurfing, are launching their brand new centre on the weekend of the 10th – 11th May. Check out the...

The Quiver windsurfing school and Goya test centre is ready and waiting for you! The perfect lagoon is the perfect place to introduce a friend...

One of our 8 riders under 18 that will blow your mind, Loick Lesauvage has certainly upped his game of late and is riding is progressing... Get Your Hands On New Cool Hoody

Quatro UK have just taken stock of some awesome hoodies, check out all the details below: Dusty Grey / Orchard White M -39″ L – 42″ XL...

Get Your Hands On New Cool Hoody 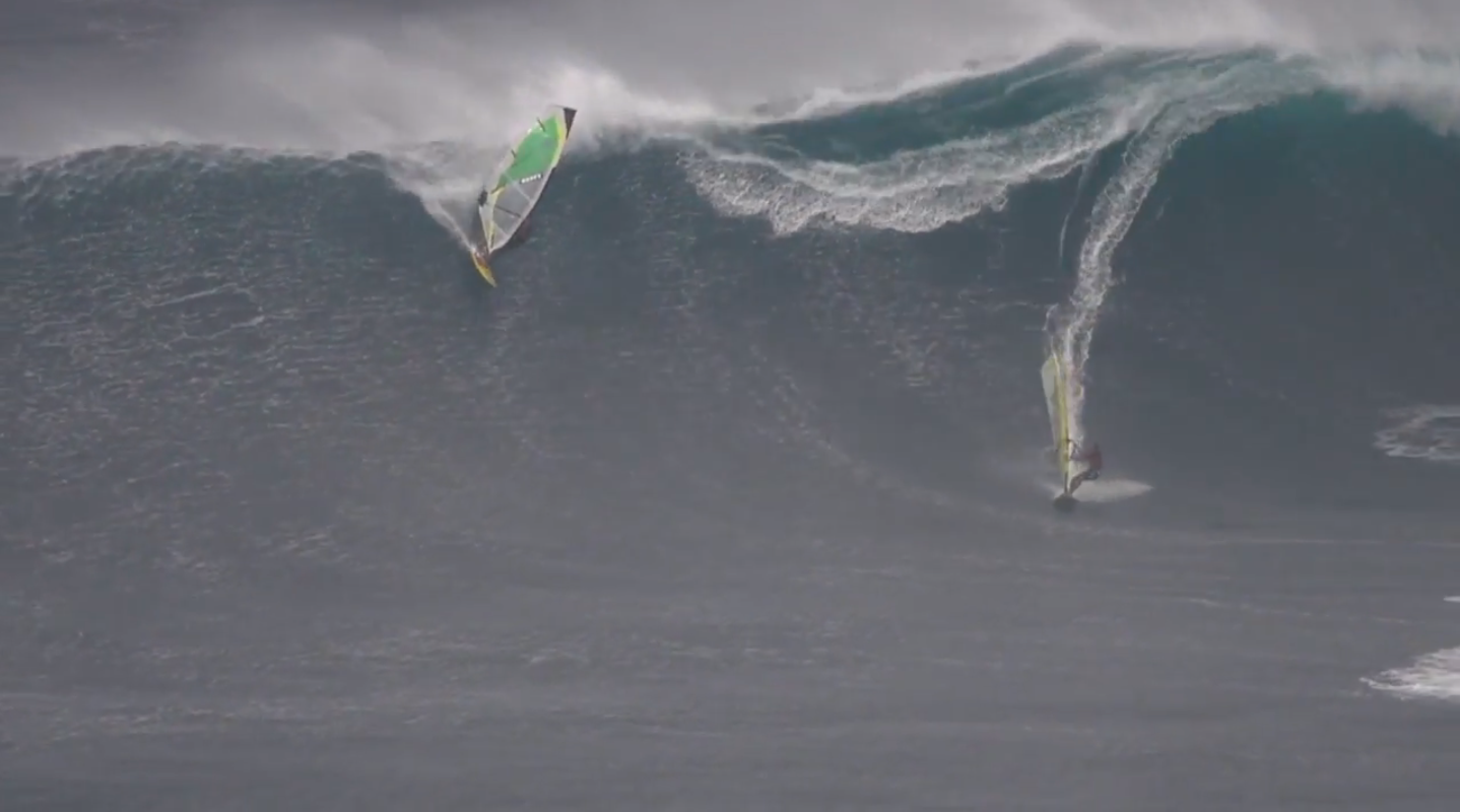 Another one churned out the JP dark room today. This clip of Kauli Seadi training in Maui also features Marcilio Browne and some seriously epic...