The Team15 series came to a climax a couple of weeks ago with the Champions cup; we talk Team15 and Champions Cup with competitor Victoria Patrick, volunteer Andy Kerr and Team15 project support officer Sarah Cartwright.

What class did you race in?

I raced in the 3.5m class.  This is the class with the smallest sails in the Cup event and it’s the class everyone starts in.

How did you get on?

I did okay but if the wind had been stronger and less shifty I think I would have done a lot better.

How did your team, the Pitsford Pirates do?

We came 6th overall but the team did great.  The competition was really fierce.  Like me I think a lot of the team would have liked the wind to have been stronger though.

What did you enjoy about going to the Champions Cup?

The Champions Cup was great fun.  We meet up with friends we’ve made through windsurfing from all over the country, and even though our team didn’t win we were really pleased for our friends on the winning team.

What is it about windsurfing that you love?

Well, all my family do it to so I love that we can do it together and I think that if I do well then I am making them all very proud of me.

How long have you been involved with Team15?

I’ve been involved for quite a few years now, and have been lucky enough to be involved with clubs in both Scotland and England.

What do you enjoy about being involved in Team15?

What’s it like volunteering at the Champions Cup event?

Helping at T15 and the Champions Cup is always great, the atmosphere and the camaraderie, both within teams and as a whole always makes for a fun day and I feel privileged to have an input however small.

How important do you think Team15 is in the windsurfing community?

T15 is without doubt the best thing that has happened in windsurfing in the UK.

How has Team15 changed over the last 11 years?

The level of delivery has improved massively since the beginning of the competition and each year the competition gets stronger. The standard is amazing and the competitors take it really seriously.  Obviously after all these years Team15 means a lot more to the windsurfing community than it did at the start and it has certainly become increasingly competitive!

This season has been great. Participation has been good with some of the zones experiencing their highest turnouts yet.

The Olympics certainly created a fantastic buzz and with Nick winning his Silver medal on home waters, it certainly brought people together. Everyone was very inspired to get out on the water and have fun!

We’ve experienced fantastic support from the volunteers this year; people were really keen to help out and made huge commitments to the event.  We’ve also seen many new faces with new clubs attending including the Mumbles Mutineers and the Lakeside Loafers.

What are the benefits of windsurfing for young people / what do the kids get out of it?

The kids gain key skills that will benefit them for the rest of their lives, including communication and decision making skills, vital for racing, working as part of a team and developing processing skills – working out why and where they went wrong in a race and how to get back out on the water and try to improve.

The youngsters gain independence and learn a lot about themselves and each year many of the kids come back having learnt even more. The sport gives freedom as well as being a lot of fun!

Do you think the competition of the Champions Cup is good for youngsters and for Team15 programme?

The Champions Cup is brilliant for everyone involved and for T15. It’s a great way to end the season and to celebrate the skills you have learnt and bring everybody together from competitors and coaches to volunteers and parents.

We see teams developing and the exciting thing is we always have a different team winning each year; the title is always up for grabs!

It’s a great opportunity for not only the older youngsters to develop their skills and decide if they are ready to take the next step on the RYA pathway, but for the beginners and younger sailors to experience their first taste of competitive racing.

They all learn a lot from each other while they are there and it is a great opportunity for the teams to all meet each other. For some teams it will be the first time they have sailed on a bigger course!

Want to know more about Team15?

Supported by industry leaders Tushingham/Starboard and Neil Pryde, T15 was set up by the RYA to help make windsurfing more accessible and appealing to youngsters at a grass roots level.

There are currently 70 Team15 clubs offering fun and informal training sessions all over the country for kids up to the age of 15, which are run weekly by specialist RYA coaches. 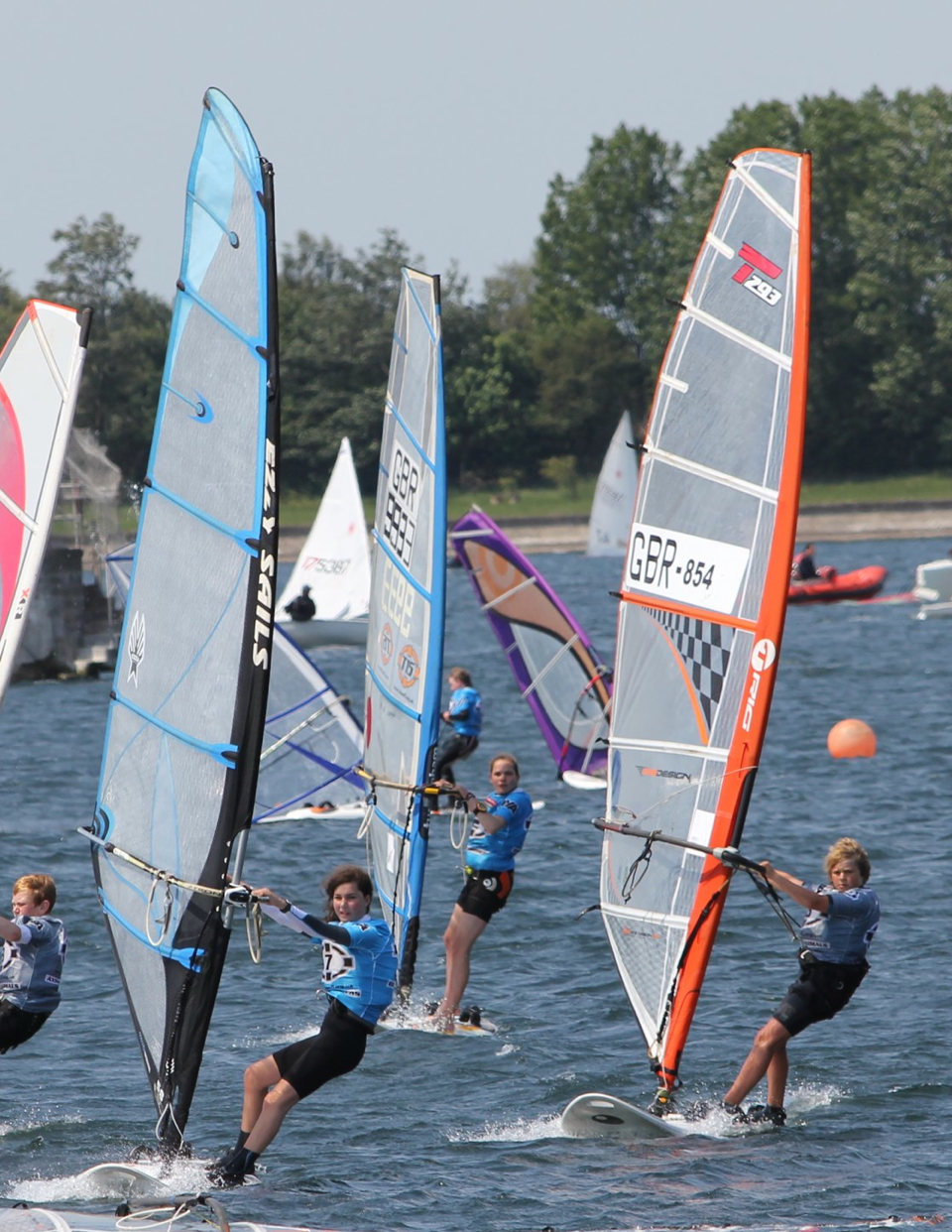 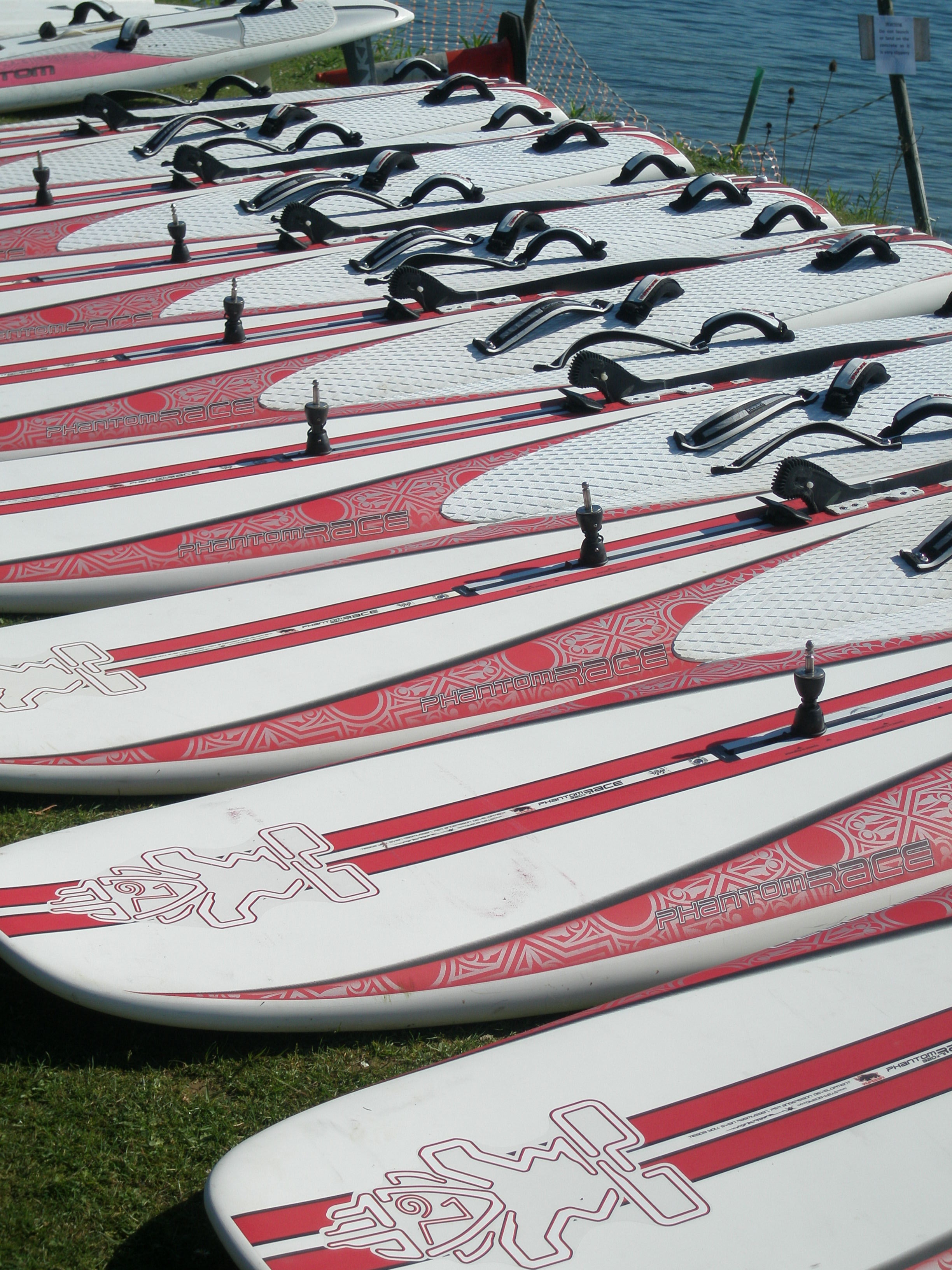 Sills and Martin claim podium honours at 2012 RS:X Youth Worlds. There were dual celebrations for Britain’s young windsurfers this weekend, with Kieran Martin and Saskia...