Whilst Boardseeker is focussing on the Gran Canarian action Boards will be following the action over in Croatia for the Formula Windsurfing World Championships every step of the way.

Current World Champ, Britain’s own Ross Williams will be defending his title and reporting for Boards from the action.

Williams looks back on day two of racing yesterday, which again was in pretty light and shifty conditions. It looks like Wiliiams is improving his results all the time and now the fleet has been split into gold and silver the racing will really hot up!

The conditions were again pretty light. When the wind first kicked in it was pretty strong and allowed sailors the choice of using either their big sail or their medium set up. The wind is also a bit localised, so it was generally paying to stick to the right hand side, even though their would be some patches of no wind.

I used my 11.m in the both races, and I had a 2nd in the first race just behind Casper and then a 4th in the next. I was fighting in second around the windward mark but the dying wind on the second lap allowed me to be passed on the final down wind.

I am feeling pretty good on my 11.m as long as the wind stays, but the wind hasn’t played ball so far.

The forecast is again better today, so let’s see how we go in the gold and sliver fleet racing. Stand out sailors yesterday were probably Antoine Albeau and my german team mate Sebastian Koerdel who both made impressive performances in the blue fleet.

Results from day one:

Report about the first day of racing from Ross…

The conditions were extremely light and quite tricky, the wind didn’t fill in with as much strength as the pervious days and a lot of the sailors were finding it hard even to plane around the course.

What equipment did you use?

How did the races go for you?

What went right and wrong, and how did you feel on your set up?

I was a bit disappointed with my results, I was struggling with the light wind too and I dont think I had my sail and fin combo dialled in for that light wind.

How are things looking for tomorrow?

Generally if it’s sunny there should be wind, around 15knots. It’s been a bit funky for the past few days so I think we will see an improvement in the wind very soon.

Who looked the best on the water on day one?

I think Capser Bouman looked great, very comfortable in this wind leading our fleet race from start to finish. Also, Gonzalo seems to be pretty on it too. I am sure there are many other guys that will be pushing hard in the next races, so watch this space.

Day one (today, Tuesday 9th July) is looking light so riders are currently on hold. Here’s the first, pre-event, report from Williams:

Why did you chose to attend the formula worlds instead of Pozo? I think it’s bad manners not to try and defend my title.

How much formula training have you done compared to the other disciplines? Not much, but in the last week I have probably sailed 5 hours everyday, so I feel ready and tuned for the event.

Do you think you’re at a disadvantage doing so many disciplines? I enjoy any windsurfing I can do and that’s the most important thing to me. For sure I might do better if i focused on one thing, but that’s not why I windsurf.

Will we see you competing in freestyle too next year? Hahahaha.

How long have you been on site? About 1 week.

What is the event site and conditions like? It’s really chilled out here, a great place for formula and sailing in general, conditions are quite light winds, around 15 to 18 knots that picks up around lunch time.

What sized equipment are you likely to use? Sails? What fin set up are you using at the moment and why? I think I will race mainly on my 12.m and 11.m sails. You will have to ask me about my fins after the event.

Who is your biggest competition? What other top names are there and how are they looking? There are loads of good guys that can win races. Arnon Dagon, Antoine Albeau, Gonzalo, steve Allen, casper. We will see who takes first blood tomorrow. 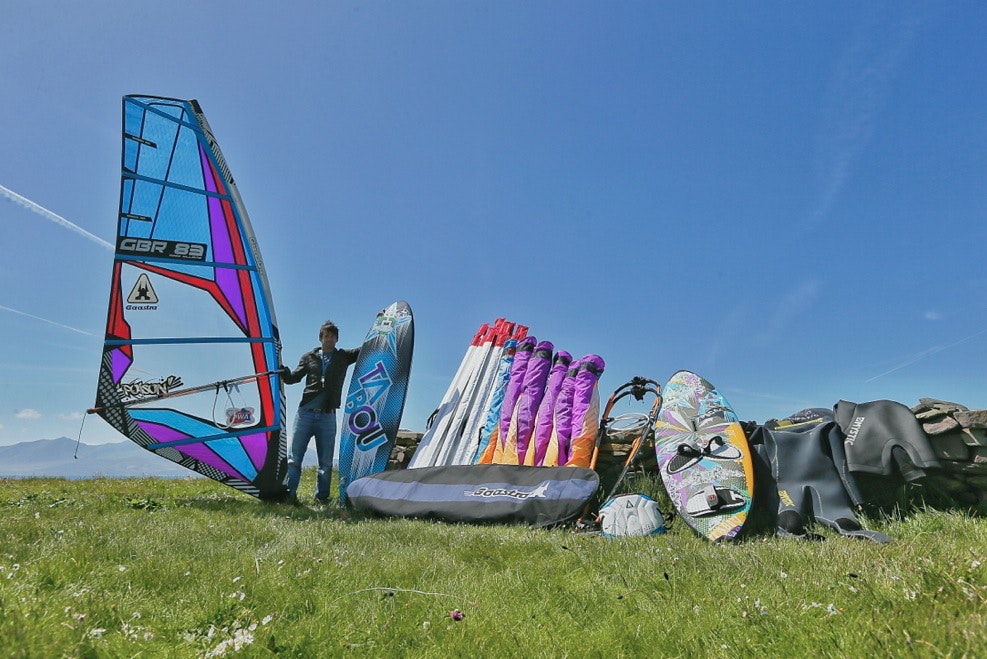 Boards catches up with current leader of the BWA tour, Ross Williams, to find out what equipment took him to victory in the tricky, light...

Boards catches up with current leader of the BWA tour, Ross Williams, to find out what equipment took him to victory in the tricky, light... 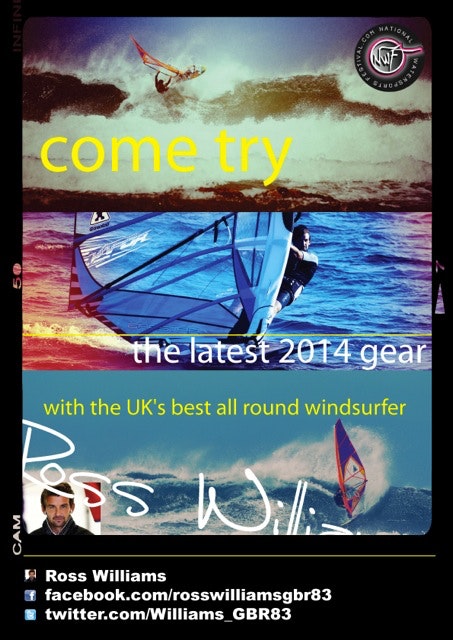 NWF is just over a month away, and we look forward to hearing more and more exciting news about what will be on across the... Want to improve your slalom skills? Or learn what you need for your first race? Ross Williams is here to help and will be in...