Oxford Zoomer Isabel Ashman (15) tells us what she loves about windsurfing, who inspires her and how her team are getting on in the Team15 Inter-Club Championship

Back in May, the 2012 South Zone Team15 Inter-Club Championship kicked off at Queen Mary Sailing Club.  Everyone was really excited since it was the first event of the 2012 series, with nearly 50 windsurfers competing. It was also the first event since my team the Oxford Zoomers narrowly held on to their 2011 Regional Champions title.

Event Organiser, Chris Lewis, decided that 1 knot of breeze was enough to get round a simple cross-wind slalom course in individual fleets, so after a quick briefing there was great excitement as racing got started with the 3.5m fleet going first.

I was really pleased as I got a good start in the 5.8 fleet and did really well, but my sister wasn’t so lucky and was a bit disappointed. Unfortunately the wind died completely after the 6.8m fleet finished, so that was the end of racing for the day. No second chances and no discards!

All the teams seemed to score top 3 places in at least one of the fleets, so I really didn’t know how we had done. It was a brilliant moment when we heard that the Zoomers had won.

Near gale force winds battered Oxford’s Farmoor Reservoir for the second round of the competition on 16 June and we experienced some of the strongest wind conditions ever in the competition’s 11 year history!

With the winds failing to ease and despite a lot of blasting, wipe outs, swimming and cheering, most of the races had to be abandoned. It was left to the 6.8m techno fleet which managed to squeeze in one race to settle the outcome. Out of 12 starters only two sailors from our rivals the Axbridge Animals managed to complete the course giving them a win for the event and keeping the Championship wide open. We still have everything to sail for when we head to round three next month!

When did you first try windsurfing and what was the experience like?

My first experience of windsurfing was when I was eight on a lake in France on holiday. My dad had tried it before and helped me to get on a board and have a go. After being a bit scared initially, I loved it!

When I was 12 I took a beginners course at Oxford Sailing Club and started going to the T15 sessions every Thursday evening.  I was amazed at how quickly I progressed and couldn’t believe it when I won a race in my first Inter-Club event in the 3.5m class. This was three years ago and I have been windsurfing with Team15 ever since. It has really helped me to progress and develop my confidence while having a go at racing and competing in a friendly environment.

What do you currently sail?

I competed in the 5.8m Team15 class last year on my Techno, so I’m aiming to progress to a 6.8m sail this year.  2012 will be my last year of T15, so I used some of my savings at the end of last year to buy a JP Australia All Ride 106, so I’m really excited about working on my short board sailing this summer.  It should work really well with my brother’s 6.7m Neil Pryde Hellcat.

Do you have any windsurfing idols?

Bryony Shaw and Tom Squires!  They are both ex-OSC sailors.  Bryony moved on to bigger and better things before I started windsurfing, but she presented me with a prize at an Inter-Club a couple of years ago and was really cheering for the Oxford Zoomers.  Tom is currently in the RSX Olympic Development Squad and is an ex-Zoomer.  He was the instructor on my first beginner course at OSC a couple of years ago.  My sister often sees him when she’s training at WPNSA and it’s great to follow his progress at the ISAF World Cup events all over the world.

T15 has just been the start for me, I really want to keep on windsurfing. I’m planning to work on my blasting and gybing skills in stronger winds so I can enter some slalom events.  A number of my friends at OSC have participated in some of the BSA Masterblaster events – it sounds like they are really good fun, one of them even won an ex-demo sail at an end of season event last year!  I also really want to work towards instructor qualification. Windsurfing is my passion, but I’m planning to develop my dinghy sailing too so that I can train as both a windsurf and dinghy instructor.  It doesn’t get better than being paid to do something you love.

For more information about Team15 and to find out how you can get involved visit http://www.rya.org.uk/programmes/team15/Pages/default.aspx

About the Oxford Zoomers 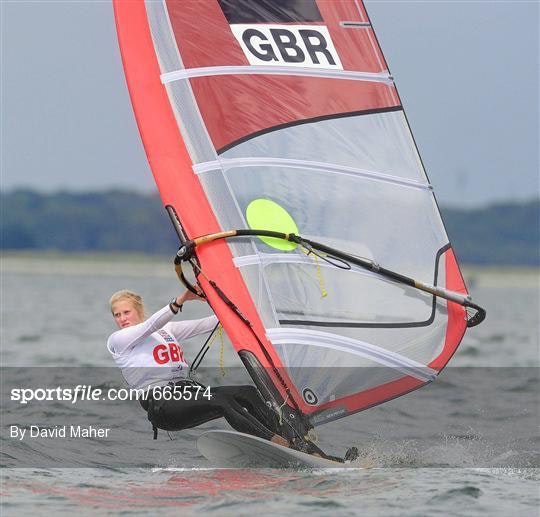 Saskia Sills reports from the ISAF RS:X Youth World Championships in Ireland – Dublin Bay has very strange local weather systems. One minute it could be 5 knots... 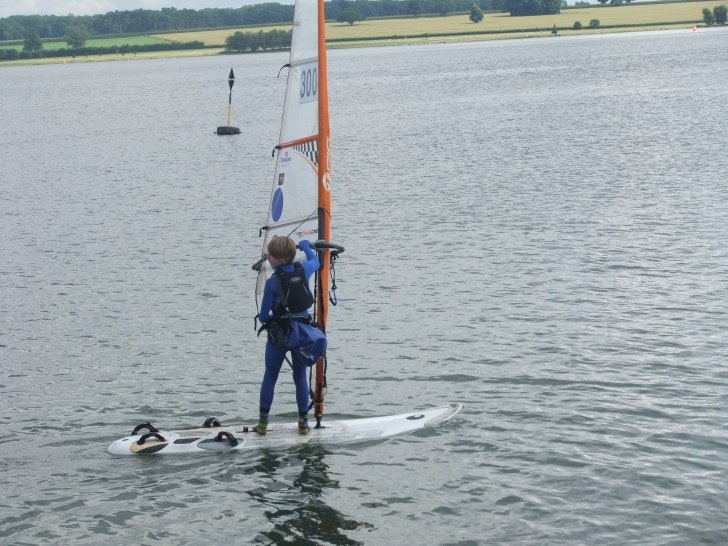 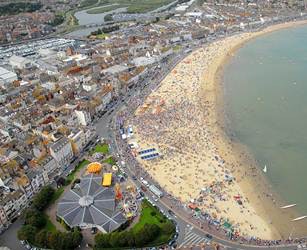 From Friday 27 July to 12 August (10am – 9pm everyday) why not come and visit the RYA at the Weymouth Bayside Festival, Weymouth and...

Saskia Sills reports from the ISAF RS:X Youth World Championships in Ireland – Dublin Bay has very strange local weather systems. One minute it could be 5 knots...

From Friday 27 July to 12 August (10am – 9pm everyday) why not come and visit the RYA at the Weymouth Bayside Festival, Weymouth and... 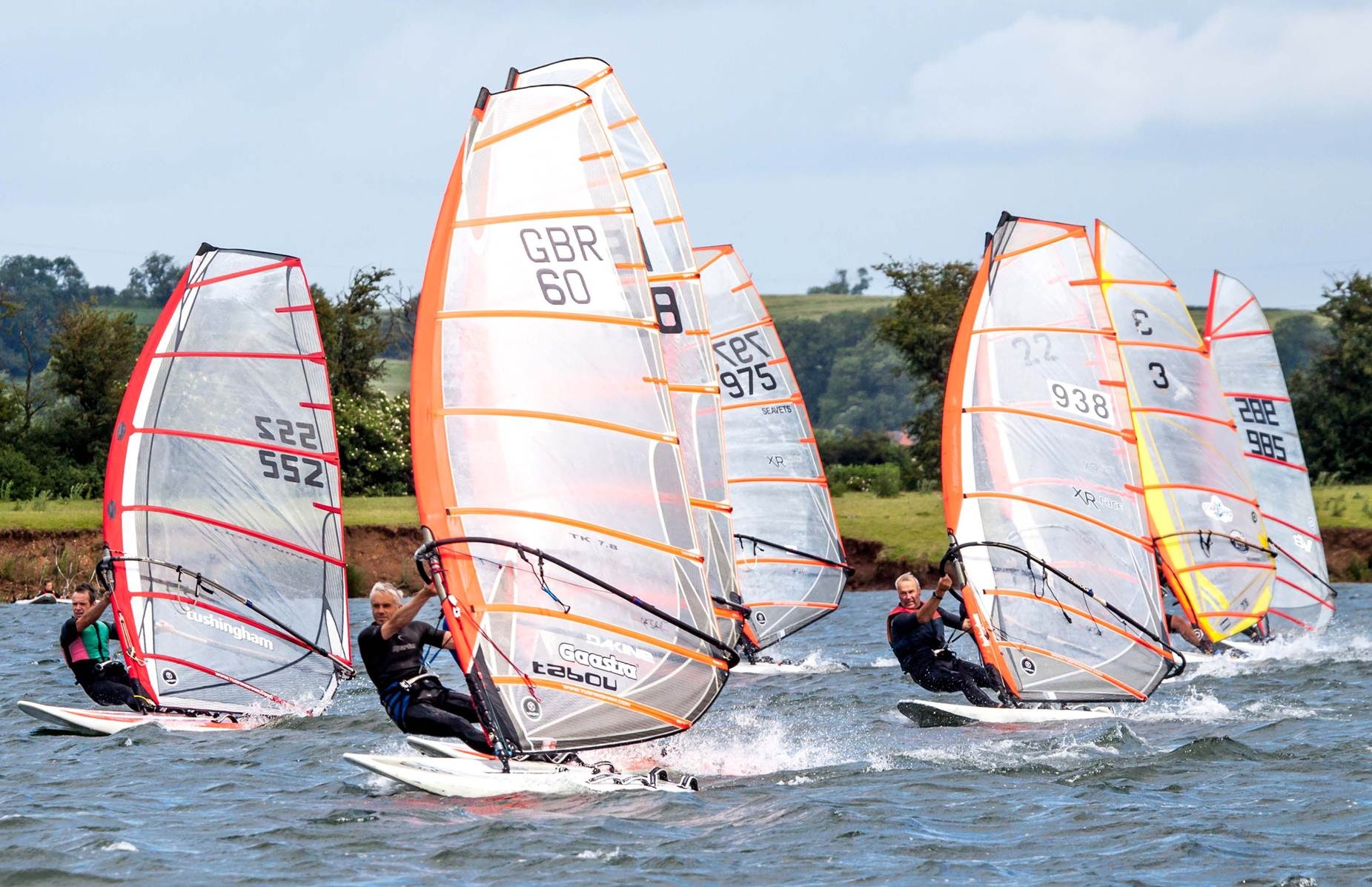 Chief instructor for the RYA Amanda van Santen introduces one of the most enthusiastic groups of windsurfers you could ever hope to find.  I often get... Siblyback Warriors Pile On The Pressure

The Siblyback Water Warriors have pushed into the lead of the hard-fought youth windsurfing challenge after the third RYA Team15 south west event of the...

Siblyback Warriors Pile On The Pressure