On Sunday the 10th of  April 2016 I rode the Severn bore at a spot called Epney the first windsurfer to ride the wave to my knowledge.

But before I rode the wave lets go back to when I was a small boy watching the bore on a school trip and totally mesmerised by the spectacle, that day planted the seed and as I progressed through my windsurf life I often thought what it would be like to ride the bore on a windsurfer…
Lots of friends of mine had rode the wave as surfers and said what it was like to ride a bore wave
And so the idea slowly started to form into a plan. 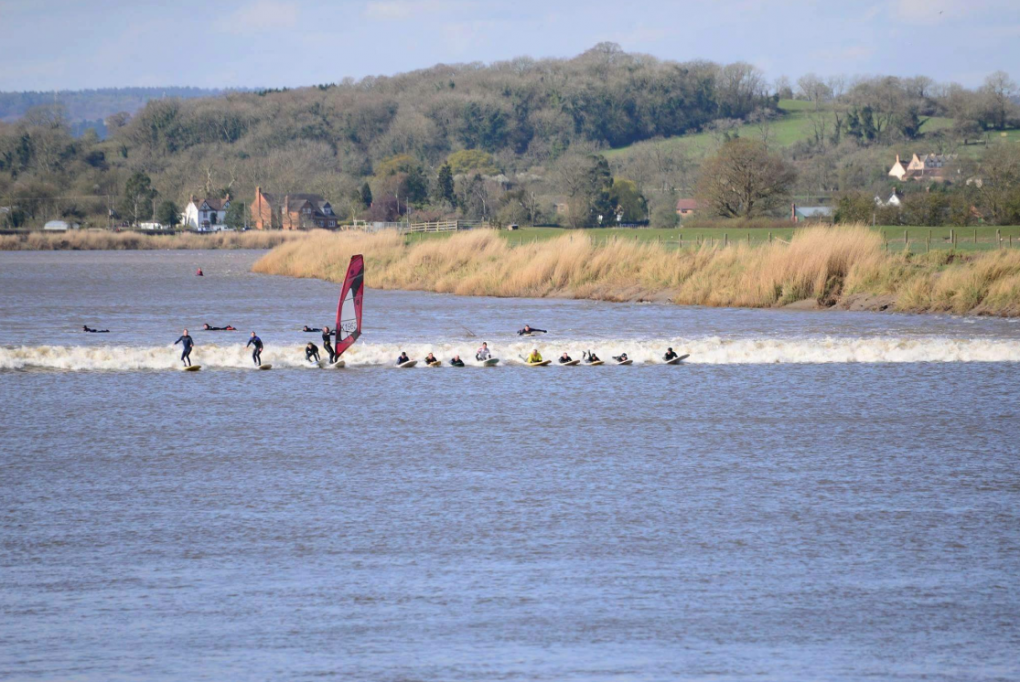 For the next 5 years I went to watch the bore as often as I could from different spots to get a good idea of any special hazards to watch out for and which places would work with different wind directions, the bore starts at a place on the river Severn called the Noose at most big spring tides. This not far from my house so easy to keep an eye on .there is normally a window of a few days when the wave is big enough to ride , the severn bore web site was a good place to see how things were playing out.

There are a lot of variables to a good wave including the amount of water in the river after rain, the direction of the wind. tide height these can all make a massive difference to the wave on the day.

I had windsurfed on the Severn at various spots for probably 30 years mostly at Oldbury-on-Severn which has a huge tidal range. Avon mouth just downstream can record 15 meter tides. so you can see there is a LOT of water moving around and quite a bit of current ( about fast running pace midstream ) I have windsurfed under the Severn bridge a few times which is quite a scary place as well as upstream at the Noose and in the lagoons so I had a good idea of what to expect at Epney. During the week the forecast kept changing but started to look right for a Bore ride on Sunday with a strong south/east wind forecast. I followed the bore around at viewed it at a few spots to see how it was breaking quite easy on a motorbike. I had a chat with lots of surfers to get there impression of how the Bore was working and prepared myself for the next morning’s bore

On the day of the bore it was all a bit of a blur… I had packed my van on the night and stuck my SUP board in just in case it wasn’t windy. When I turned up the wind had filled in as forecast so I rigged my 90 litre wave board and my 5.6 metre sail and slid down the muddy bank to take on the Bore… first thing was to swim my kit to the other bank to get out of the big wind shadow. With a current running this was a bit of a mission, once on the far bank I water started off and sailed over to the corner and away from all the surfers lined up in the water. The river does a complete 180 at this point so the wind is all over the place. I sailed back and forth to get my bearings and to check the depth of the water then I could hear the wave approaching and could see the white water. Time to get on to the wave I had to slowly ease across the river waiting for the wave to catch me. Then I was riding the Bore …wow what a feeling… first thing that strikes you is how SLOW it is… As soon as I put any power in the sail I outran the wave. I had observed the wave the day before on the bend and knew that the wave jacked up as it came round the bend so I positioned myself to be in the pocket as it came round the corner and I was alone on the wave… Then the surfers started to join the wave from all directions the first one from the bank then a few from the middle where they had been waiting, stood midstream to catch the wave then lots of surfers joined as the river straightened out. I was slowly sandwiched in between about 20 surfers, because the wave had  come around a corner the wind in my sail was straight on the nose of the board and I had to stand on the mast foot with the sail totally feathered to stop being taken over the back of the wave . Everyone riding along at walking pace it was very surreal. people were shouting to move right and we moved across. Then it started to fizzle out and I could see surfers dropping off the wave. As the wave approached the next corner the wave started to fade in the middle and surfers were trying to move to the inside to stay on the peak at this point the wave was gone for me, I looked back and could see there was a reform behind the main wave and figured if I caught it I would be able to get to the peak again. I rose up the face and was about to take the drop when a surfer dropped off the main wave in front of me and we collided. I went over the handlebars and rose to a torrent of abuse… I apologised to the guy, it’s never good to crash and the poor chap had taken quite a thump. The surfers carried on surfing the bore and I was left to try and get back to the upwind bank which was another mission of swimming I ended up about a quarter of a mile upstream from where I had started so I had a bit of a walk with my kit to get back to my van, I had a chat with a few surfers who said they were very dubious when they first saw me get in and thought some clown was going to take them all out, but once they saw me come round the corner on my own on the peak they were a lot happier. I tried to find the guy who I had collided with but he had left. I got in contact later and he said his arm was badly bruised I apologised again and he was cool.

So that’s another tick on my bucket list … what’s next? 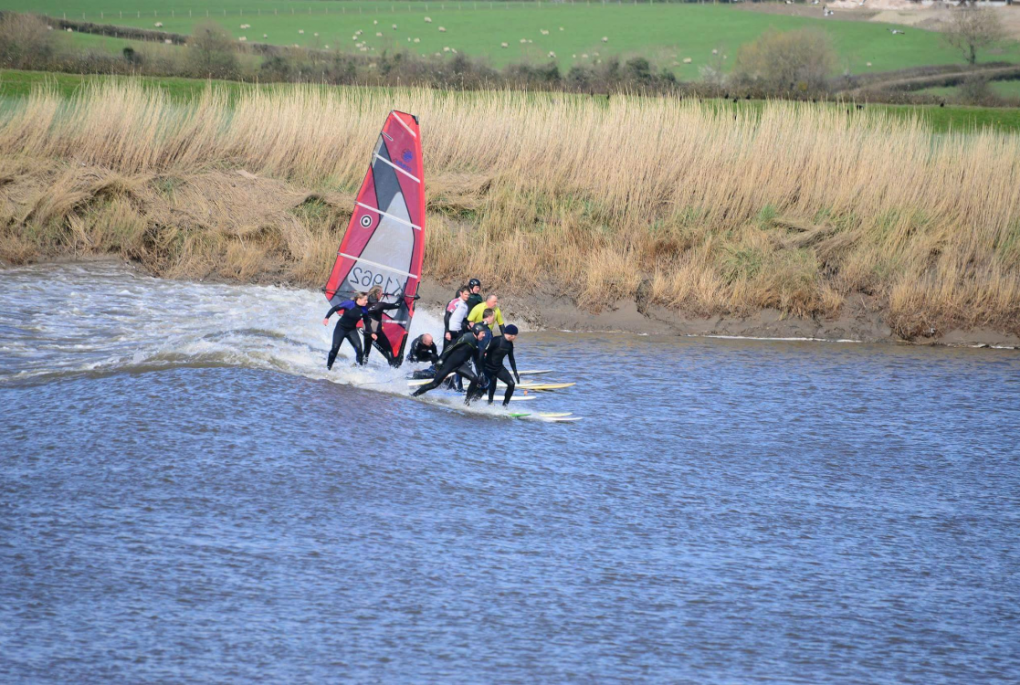