Jono Dunnett has done it – over 2000 miles later and he has become the first person to windsurf round Britain un-aided. It has been an incredible journey, which you can follow from beginning to end here on Boards and on the Windsurf Round Britian blog.

As Jono stepped off his board for the final time in Clacton Boards were there to capture the moment and ask a few questions about his unbelievable achievement.

Windsurf Round Britain – One incredible journey by Jono Dunnett, coming to a close in front of the crowds at Clacton. #windsurfroundbritain #windsurfing #legend

“There are so many, it is hard to single out just one. But one of them would be arriving at Porthleven; I was really struggling to get in anywhere, there was a big swell, it was getting dark. I’d looked at the entrance to Porthleven and I knew there were some pretty big waves rolling through and it was going to be really tricky to get in, so I just went as fast as I could between waves and got in. Then there were loads of people in the pub who came out to see me, I told them where I’d come from and what I was doing and they couldn’t believe it. They practically carried me into the pub, I got a pint in one hand and scampi and chips in the other – that was a special kind of hospitality!”

“The most sustained moment of worry was having rounded Land’s End. I thought the tide would switch and take me back round. It was really light winds, with a big swell and it was really, really difficult even just holding the sail up. You’d be on a downhill for a bit and accelerate, but the sail would be pushed back into your face. Then you’d be on an uphill bit and really struggle to get over.”

“I’ve used the 9.5 Bolt all the way around, it has a really great top end; more often than not the problem was light winds, not strong! I could always hold onto it in the strong winds, with the adjustables – I would just crank them on. The board was just the board that I had. The way of carrying the barrel on the back worked really well – in there I basically just had camping stuff, cooking stuff and the tracker.

“The tracker was without a doubt the best item I took. It’s been brilliant because it has enabled everyone to follow it and get involved. And it meant I didn’t permanently have to tell people where I am, too!”

“Next time I would probably take a phone that didn’t break, or a better way of posting updates etc. as I was going around. I didn’t have any music or anything, and I didn’t need any. The windsurfing was so consuming, the idea that I could just drift off in music was wide of the mark. It was very, very rare to get a time where I wasn’t thinking about the safety, where to come in, what the stopping options were, how to minimise exposure etc. I was pretty much thinking all the time!”

“I’m a little bit sad it has finished! I don’t want to go and do another loop, but if Britain was a bit bigger I wouldn’t mind if I was still going. It’s just been great.”

“I’d read Tim Batstones book, and from that moment I knew I wanted to do it. I tried to persuade Clyde to join me but he wasn’t at all convinced. We did a few roundings and smaller trips and it very quickly became clear if you want to do something like this you’ve got to do it on your own.

“It didn’t really appeal to me to do it with a yacht or rib in tow and all this politics of keeping people happy, the crew all falling out and all that – for me that would have detracted a lot from the enjoyment of it.”

“Get an Epirb – a personal locater beacon. And then make sure you’re well enough prepared so you don’t need to use it! If you want to take on a big trip work up to it, do some small sails first and experience conditions at sea. Open water windsurfing is very different to sailing close to the beach. Most of us when we sail aren’t really ‘at sea’ – so get some experience with this, it is very different.”

“No plans now – just chill out for a bit, then when I get bored of normal life I’ll see what other adventures are out there.

“I should thank my brother! Lots of times I called him when I was becalmed. Not even for any advice, just to speak through things with someone. I can’t underestimate just how important this was.” Want to feel the windsurfing rush? Want to feel part of the board and rig? As you progress into slightly stronger winds you’ll soon seek and appreciate... 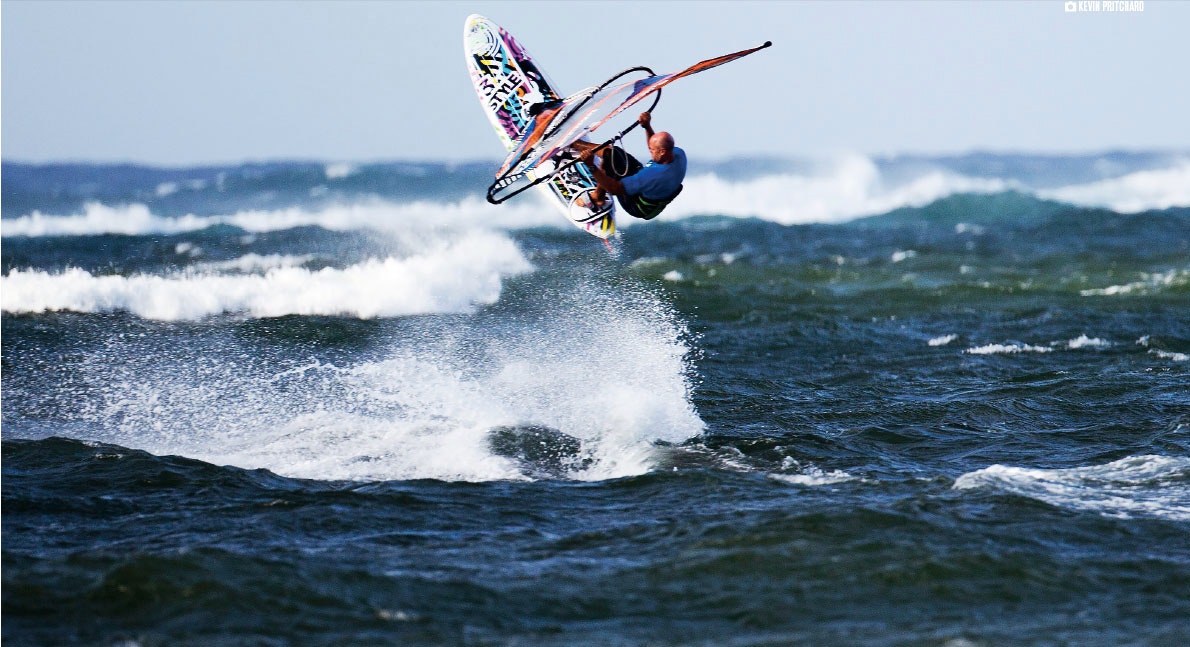 The windsurfing media is full of ripped twenty-somethings pulling the newest ridiculously named freestyle move or ‘shredding’ the latest wave, but can the rest of us... 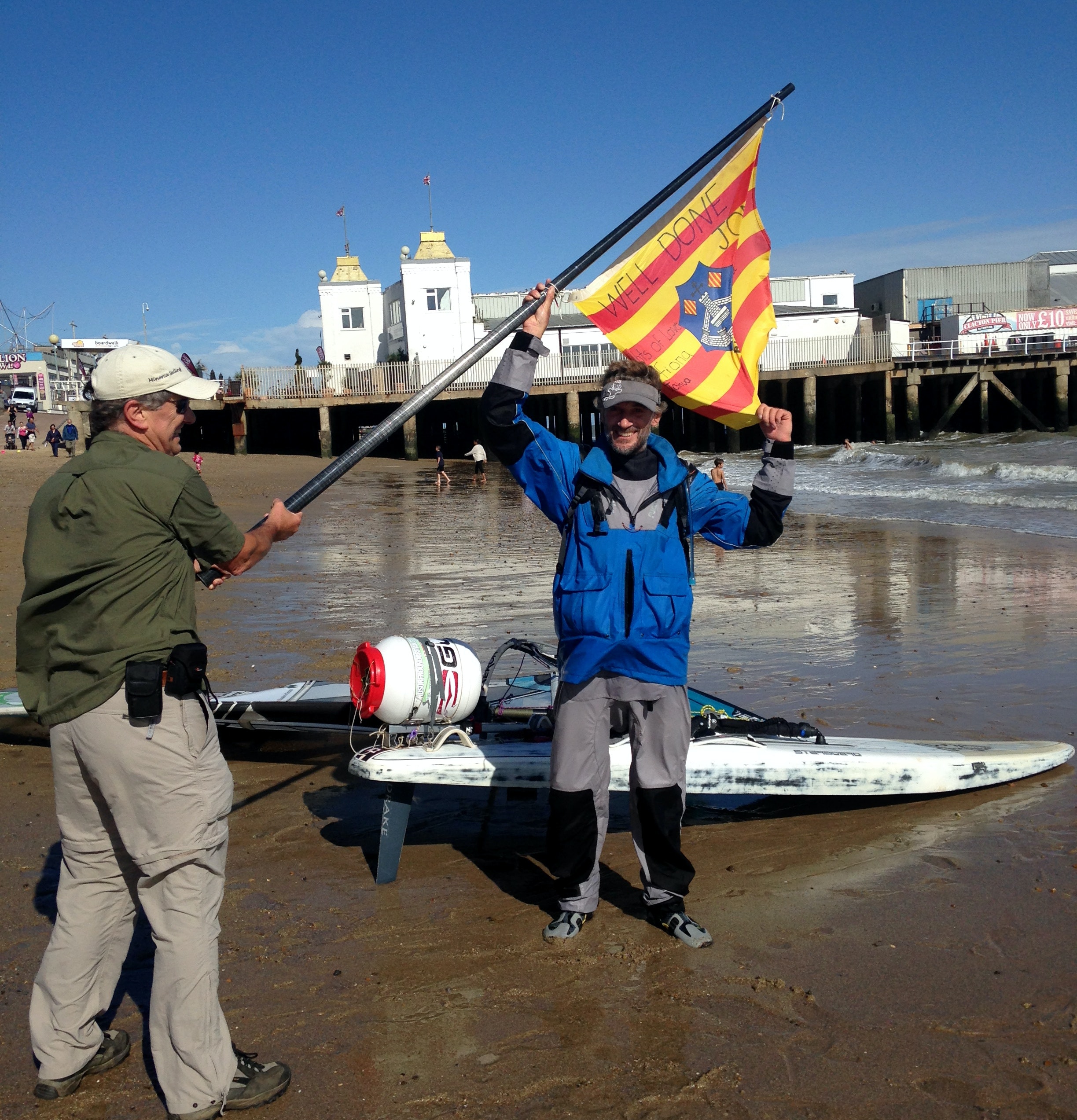 After an incredible 3-month journey Jono Dunnett has finally completed his Windsurf Round Britain mission. Jono was joined by brother Gregg and friend Clyde Waite for...

Want to feel the windsurfing rush? Want to feel part of the board and rig? As you progress into slightly stronger winds you’ll soon seek and appreciate...

The windsurfing media is full of ripped twenty-somethings pulling the newest ridiculously named freestyle move or ‘shredding’ the latest wave, but can the rest of us...

After an incredible 3-month journey Jono Dunnett has finally completed his Windsurf Round Britain mission. Jono was joined by brother Gregg and friend Clyde Waite for... The biggest and most exciting news we have for you today is definitely that Jono Dunnett has confirmed he’ll be completing his Windsurf Round Britain... Windsurf Round Britain - The Final Leg

After an amazing few months Jono Dunnett is finally nearing the end of his incredible mission to windsurf round Britain! It certainly seems that there...

Windsurf Round Britain - The Final Leg