As you head east along the South Wales coast – from the beaches of Pembrokeshire and Tenby towards Barry, Swansea and the Mumbles and the inland waters around Gwent and Port Talbot – you won’t fail to see an abundance of windsurfing action.

Windsurfing in the region is hugely popular as people enjoy some of the most dramatic and diverse conditions, for all forms of the sport, in Britain – wave, freestyle, racing or speed.

Yet falling numbers of juniors taking part in co-ordinated activity prompted a team of dedicated coaches and instructors to take radical action towards the end of 2012.

As the 2013 season really starts to kick off, they hope they have sown the seeds to reinvigorate the sport and preserve the popularity of, and involvement in, the sport for many years to come.

Mike explains: “There’s so much windsurfing going on in South Wales, but it’s a nomadic sport. People look at where there’s a good forecast and migrate there.

“We had no co-ordinated way of harnessing that enthusiasm to nurture the next generation of instructors and coaches or potential future windsurfing champions. That wasn’t a healthy position to be in for the long-term future of the sport in the region.

“We recognised creating a vibrant, accessible local circuit for youngsters was going to be our best opportunity to create a sustainable pathway for both performance and participation.”

That moment of harsh realisation came at the end of last year’s Team15 (T15) season, when a lack of coaches and volunteer instructors, a death of modern, cheap equipment and the distances competitors were required to travel had resulted in T15 dropping off massively since 2010, making it uneconomical to run events.

Prior to this collapse there had been as many as seven T15 clubs in the region, but that number has dwindled to three, based at Gwent Adventures, Swansea and the Mumbles.

For the youngsters, events were increasingly pointless as although they were still getting good coaching and instruction at their clubs, the chance to test their progress against others was extremely limited and interest inevitably waned.

For life to be injected back into youth windsurfing, four key areas had to be addressed:

This is what the group decided to do…..

A subsidised instructor course taking place at Gwent Adventures in May will see seven new instructors trained to assist at Team15 clubs and events. This group is a mix of ex-T15ers plus older windsurfers, who have previously volunteered at taster sessions and events.

The aim is for T15 youngsters to have realistic and rewarding avenues to stay in the sport from 16 onwards, providing a sustainable flow of experienced, enthusiastic instructors and coaches for clubs and presenting possible career opportunities in the sport they love.

Increased communication between windsurfing clubs and centres is key. A central database of instructors is being put together so all clubs and centres can call on these individuals if they want to run an event and/or are short of an instructor for a session.

Windsurfing isn’t an expensive sport once you’re in it, but at an age when youngsters are just as likely to want to be windsurfers one week and play rugby the next, it would take a brave parent to shell out on loads on new kit early on.

However, the standard and availability of good quality, modern kit across the region’s club and centres has been lacking.

Sam has been instrumental in securing funding from City and County of Swansea CC, through the WYA’s Local Authority Partnership Agreement development programme, to create a central pod of equipment on a trailer, which can be transported around the venues in Swansea and SE Wales

The kit is made up of a variety of Starboard boards and Tushingham rigs, which provide a pathway for skill development.

There won’t be the traditional four T15 events this year. Rather there is likely to be two events while youngsters will be encouraged to get better fleet racing experience on the WYA’s South Wales Club Youth Racing Circuit (CYRC), and the established WYA National Events programme and a team of Welsh T15ers is also poised to take part as guests at a Midlands T15 event in Tewkesbury, Gloucestershire in May.

Open Training sessions are also being run for young people already involved in the sport.

There is a desire within the next four years to have re-established a Welsh National Windsurfing Squad, alongside the national Junior and Youth squads, in the recognised feeder classes providing the same opportunities for Wales’ most talented young windsurfers to progress up the ladder towards Olympic classes sailing as young dinghy sailors.

But, while racing is a focus, it isn’t the only focus.

Freestyle competitions, Masterblaster-style events and youngsters enjoying developing their skills to simply have fun with their windsurfing are crucial too.

Sam Ross, one of the country’s top windsurf instructors, will be running general skills coaching sessions for all Welsh T15ers at Gwent Adventures in July.

Meanwhile, relationships with adult windsurfing clubs and associations are being fostered to provide pathways to continued development post-T15.

Watersports for Cancer Research (W4CR) at Gwent Adventures on June 15 incorporates a big ‘have-a-go’ element, while centres and clubs are being encouraged run Open Days and provide incentives for attending first-timers to book courses.

New T15 clubs are being considered, including at Tata Steel SC near Port Talbot, while better relationships with local schools, youth groups and employers are being explored. Parents are also seen as an untapped source of participants, with clubs introducing activities for them to learn to windsurf at the same time as their child.

As Mike concludes everything this year is focussed on getting more people interested in windsurfing and ensuring they have the opportunities to take part as easily, cheaply and enjoyably as possible whatever their age, experience or ability.

“We’ve got core groups of young windsurfers getting to a good standard around the region but now we’ve started to give them a bit extra. This more co-ordinated approach will enable us grow the sport in an area where the will and enthusiasm has never been in doubt.”

Love Windsurfing?  Then why not join the association that promotes and protects, safe, successful and rewarding British windsurfing.  Join today and support the RYA in protecting your rights and freedoms.  Take advantage of free advice and support on a wide range of windsurfing topics; enjoy free third party insurance, as well as a fantastic range of personal member offers.  Find out more by calling 0844 556 9556, email [email protected] or visit www.rya.org.uk Good luck to all taking part in the Inter-Dorset Cup today and we look forward to hearing about how you all got on! So here it... 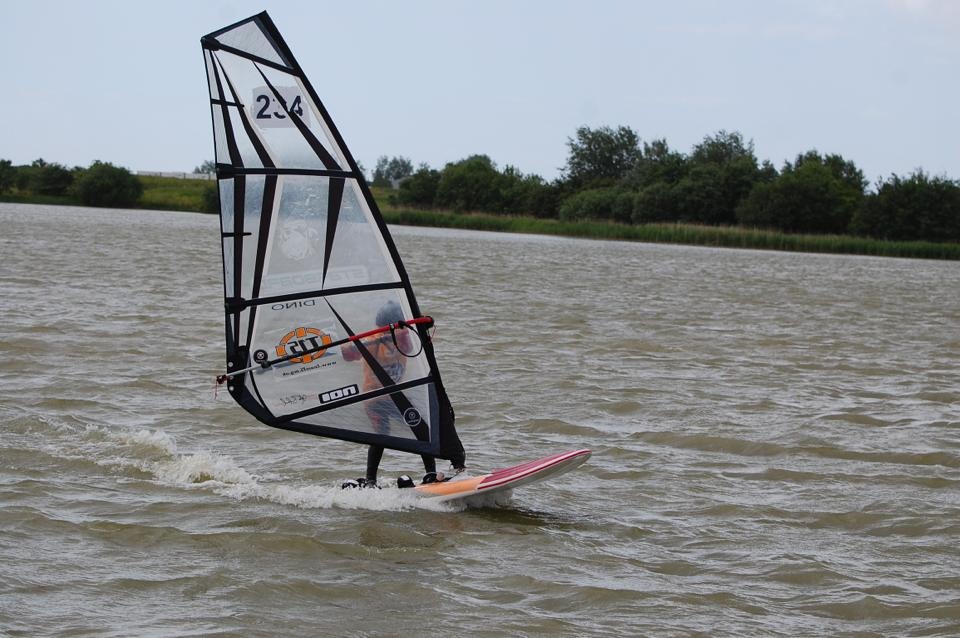 Spray Sprites can afford Rye smiles after a fantastic Team 15 competition at Rye Water Sports. Boards finds out more from the team… The Eastbourne based... Good luck to all taking part in the Inter-Dorset Cup today and we look forward to hearing about how you all got on! So here it...

Spray Sprites can afford Rye smiles after a fantastic Team 15 competition at Rye Water Sports. Boards finds out more from the team… The Eastbourne based... Last week Boards looked at why teaching a friend or two to windsurf is a brilliant idea (if you haven’t already seen it check out... 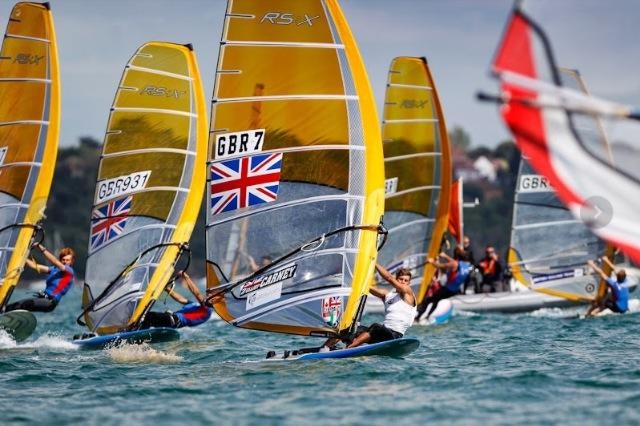 Sail For Gold - Dempsey and Shaw Celebrate, But Only Just

The top RS:X windsurfers are back at Weymouth and Portland, this time it’s the top UK racers (Nick Dempsey and Bryony Shaw) joined by the...

Sail For Gold - Dempsey and Shaw Celebrate, But Only Just